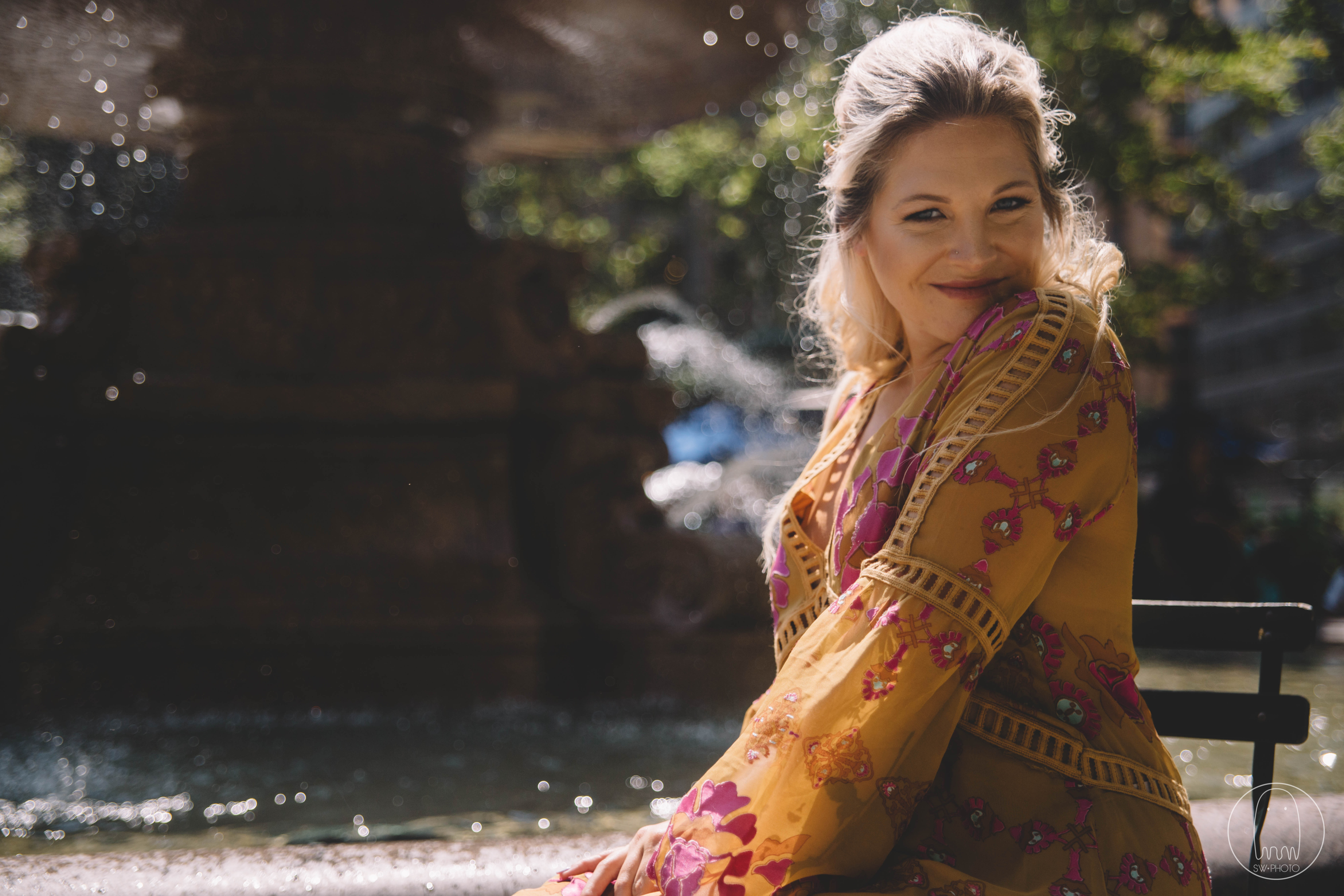 You know her from “Roses” with The Chainsmokers, an instant hit that was played at every social gathering after its release in 2015. Since then, the artist ROZES has come out with her new single, “Canyons,” co-written a song with CHEAT CODES, toured with AJR, and is about to go on tour with MAX. This busy lady also finds time to dedicate to yet another passion, advocating for female empowerment and mental and physical health. Here, we talk about all of her upcoming projects, reflect on working with The Chainsmokers, and the message behind her new songs.

Tell me about the message and inspiration behind “Canyons.” Was this a feeling you’ve experienced?

“Canyons” is a very personal song for me because it is about someone I love dearly. I was in a disagreement with this person, though I’m not sure that person knew the disagreement was happening. It’s about the distance I felt between my thoughts, my feelings, my opinions, and that person. It felt like a canyon. I felt confused and quiet frankly, alone. I wanted to write about what I learned from the experience: that even though you disagree with someone, you can still be compatible. Disagreements are healthy in any functional relationship.

How do you think you’ve grown as an artist since “Roses” and what was it like to work with The Chainsmokers?

I think I’ve grown in many ways since “Roses.” Emotionally, I’ve learned how to handle criticism better, how to engage with fans at shows, and how to engage with other artists. Musically, I’ve been writing with some of the top producers, like Toby Gad, and expanding my creative methods, while also learning how to produce myself.

Working with The Chainsmokers was just like any other good writing session I’ve had. They were fun to hang out with and we had great musical chemistry.

You’ve mentioned you’re an advocate for women’s empowerment and mental and physical health. Can you tell me more about that?

As an artist with a platform, I find it so important to be a positive role model. I’m very passionate about the potential of women and highlighting the hindered power we have. There are so many times I think to myself “Ugh, If only I were a boy, maybe I would’ve been invited along… on that tour… to that radio interview… to that hangout…” If I could just be “bros” with so and so, I could’ve been ten thousand more steps ahead in my career. It’s frustrating to be a woman right now, politically, emotionally, and physically.

Mental health is also something I’m very passionate about, as it’s something I struggle with day to day. I think it’s so important for people to talk about their feelings, and become comfortable with them. Music has always been my coping mechanism, and I hope that through my music people learn to be emotionally free, and come to understand that it’s okay to not be okay. It doesn’t mean you’re crazy, it means you’re human. Physical health plays a huge role in mental health. Nothing is better than loving your body and feeling good in it. When I’m on the road, I find that sometimes working out is my only way to escape anxiety.

You also recently co-wrote the new CHEAT CODES single, “Sober.” What was that process like?

I wrote “Sober” while at a Warner Chappell writing camp in Las Vegas. My publishing company hosts a lot of camps for writers to create songs for artists who are looking for new singles or albums. I ended up writing “Sober” with some of my closet friends in this industry. It’s always fun to step outside my artist project and pretend to live in another life, such as the one created in that song.

What were some of your favorite moments from your tour with AJR? And what are you looking forward to for your upcoming tour with MAX?

Touring with AJR was amazing because they draw a demographic I haven’t yet broken into. I got to experience performing in front of a much younger crowd, and it was absolutely amazing. They are so inviting!

Touring with MAX is going to be hands down epic. He and I are very similar in our interests and seem to have similar personalities as well. I’m really excited to get to be a fan each night and watch him perform his art. He’s incredibly talented!!

You’ve been involved in some really great collaborations, who are some artists you’re hoping to collaborate with in the future?

I would love to branch out and collab with someone in the hip-hop world. I don’t have anyone specific in mind, I just know that I would love it to be a Hip-Hop collab.

Will you be working on new music any time soon? An EP, or full length album?

I am working on an EP right now, which should be released sometime in 2018! I’m super excited to let my fans into my mind and how my life has changed post “Roses!”

I just really want my fans to know how thankful I am for them everyday. I love being there for them, and being able to be so accepted, no matter my mood. They make me feel so important and special. I want them to know that I’m here for them to talk about whatever they’re going through. I want to be there with them on their journey to emotional freedom.