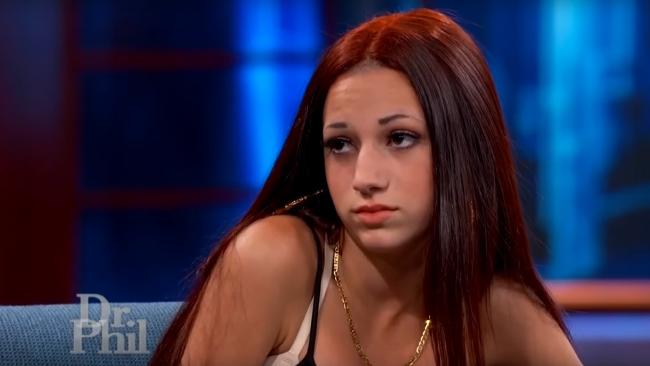 Yes, that question mark was intentional, and no… you’re not hallucinating.

Danielle Bregoli (who performs under the name of Bhad Bhabie), recently scored a recording contract with industry giant Atlantic Records.

Bregoli first entered the spotlight in 2016 when she was featured on a Dr. Phil episode pertaining to unruly teens. Soon after, she went viral with what now is known as her catch phrase, “Cash me ousside, how bow dah”.

After Dr. Phil, Bregoli coasted off of her new-found fame by selling t-shirts with her slogan on them for $35 each and by making public appearances for a meager $30,000 price tag.

On August 30th, Bregoli released the music video for her debut single, “These Heaux”, under the name Bhad Bhabie. The music video has been controversially successful, racking up over 25 million views and nearly 400,000 ‘dislikes’. The single also debuted at #77 on the US Billboard Hot 100, making Bregoli the third youngest artist of all time to chart on the Hot 100, behind JoJo and Stevie Wonder.

Check out the music video for “These Heaux” HERE:

Bregoli also released a remix of Kodak Black and XXXTentacion’s “Roll In Peace”, which you can listen to here.