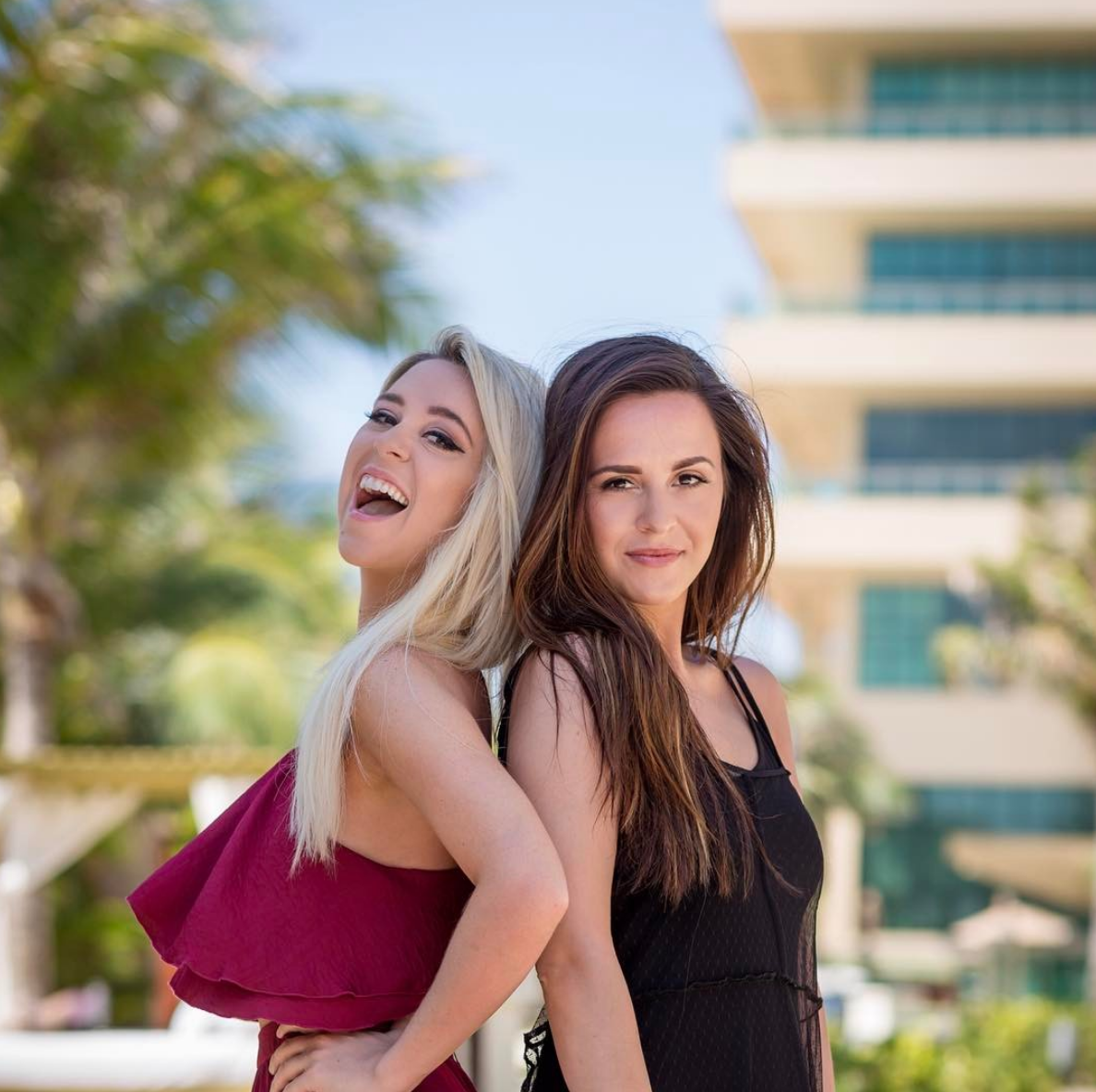 Megan and Liz Mace of country-pop duo Megan & Liz, have come a long way since they uploaded their first Youtube video 10 years ago. With over one million subscribers, the twins from Michigan started their musical career by posting covers of artists such as Demi Lovato and Taylor Swift. Since then, they have released 6 EP’s and even their own clothing line. But above all, Megan & Liz are prime examples of hard work and determination in the country music scene.

Since its launch in 2005, YouTube has been a platform for unknown musicians to post covers and original music. Posting their first video in 2007,  Megan & Liz were no different. The sisters quickly gained a following with their contagious harmonies and sweet personalities. In 2009, one of their videos (a cover of “White Horse” by Taylor Swift) caught the attention of The Oprah Winfrey Show. This is where the duo experienced their first brush of stardom when they were surprised by the one and only, Taylor Swift.

In 2010, Megan and Liz (along with their mom and their cat, Addie) moved to Nashville. By 2011, they had gained notoriety with their original song, “Are You Happy Now?” The song dealt with bullying and showcased the twins’ songwriting abilities. By the end of the year, “Are You Happy Now?” had gained considerable radio airplay and the duo played shows with the likes of Demi Lovato and Andy Grammer.

2012 was a big year for Megan & Liz. They released their new single “Bad for Me” (as well as an EP under the same title) and with help from their loyal fan following, Megan and Liz won the Macy’s iHeartRadio Rising Star contest. As part of their winnings, they got to perform at the iHeartRadio Music Festival in Las Vegas.  Following the performance, the duo was featured in a nationwide commercial for Macy’s. They also performed during the Macy’s Thanksgiving parade and were red carpet correspondents for the American Music Awards.

Following the success of “Bad for Me” the duo moved to Los Angeles to begin recording their debut album. This album, “Look What You Started” took on a pop-rock sound. A new single called “Release You” was released in 2013. But by 2014, their record label closed and the album was scrapped. Disappointed but not defeated, the sisters moved back to Nashville and decided to pursue country music.

In June 2014, Megan & Liz released their EP, “Simple Life.” This was a drastic turn from their previous sound. With simple production that showed off their voices and harmonies, the duo had achieved a more mature sound and style. This was the Megan & Liz that I had fallen in love with. They had found their sound and it showed.  2016’s “Deux” showcased their songwriting skills as they experienced life in their 20’s (“Big Kids”) and their relationship as twin sisters (“Home is You”).

In July 2017, Megan & Liz announced a new single called “Habit” as well as new partnership with NowADays on a new clothing line. I believe this clothing line is a direct representation of their music: simply, classy, and colorful. “Handsome” (their newest single) reminds me of The Dixie Chicks mixed with a little Taylor Swift. The track has a late 90s/early 00’s country vibe while still maintaining a contemporary feel. The lyrics represent those of two nearly 25 year old women.

Megan & Liz Mace have had quite the career in the last 10 years. From a small town in Michigan to playing shows and releasing albums, the sisters have remained grounded and down to earth. Their music has grown along with them. I have followed Megan & Liz for over 7 years now and I can’t wait to see what happens next!