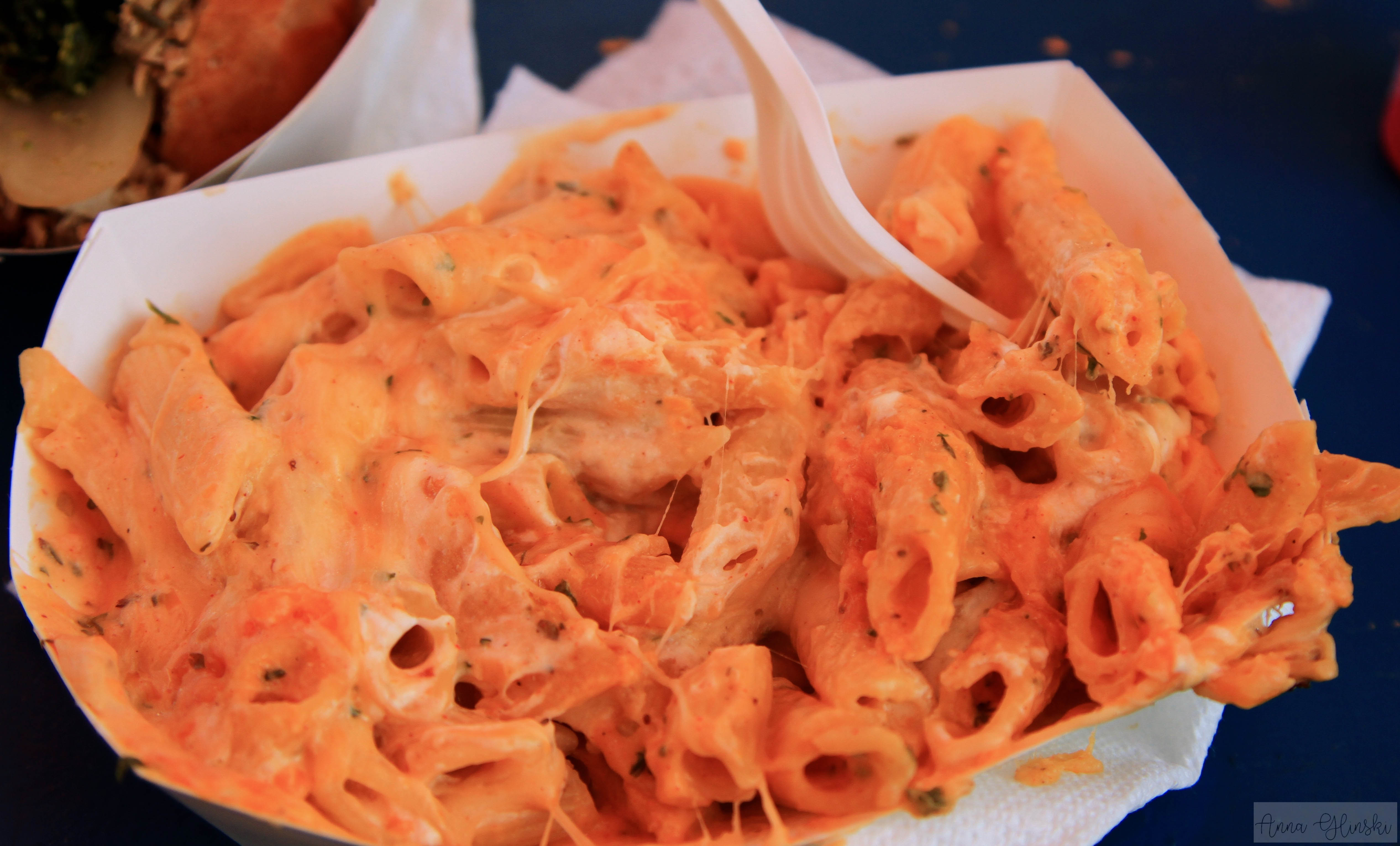 Okay… let’s talk The Meadows. The festival took place this past weekend at Citi Field in Flushing, New York, and it featured artists like Jay-Z, Gorillaz, The Red Hot Chili Peppers, Future, Nas, M.I.A. and many others. We have another post that analyzes the musical aspect of the festival, but this is strictly about the food, the art, and of course, the culture.

The Meadows quite simply WINS with food. We’ve been to a ton of other festivals, but we have to say, The Meadows is very much on top of the game with the variety of food offered. Part of that could be due to location. Queens is a cultural center of NYC, especially when it comes to food. Below are some food and drink highlights.

The Meadows also places a large emphasis on local artists to help bring the festival to life. One of our favorite colorful aspects of the festival was the line of wacky wavy inflatable tube men waving around to techno music all day. What a creative idea!

We participated in two specific experiences. One was a Viceland Bus private happy hour, and the other was a VIP upgrade experience from American Eagle! See the details below.

Ah, this is a tough one. It’s hard to define what a perfect festival culture is, but the amount of underage-drinking-on-too-many-drugs- teenagers was a bit overwhelming. However, no reason to be critical, because this is a reoccurring issue with every festival we’ve attended. We do have to say, as the night went on, the number of these kids diminished, as the older fans came to see the headliners. I mean from what we saw, there were SO many people that came strictly for Jay-Z and The Red Hot Chili Peppers. As long as everyone is having fun and staying safe, then a positive festival culture exists.