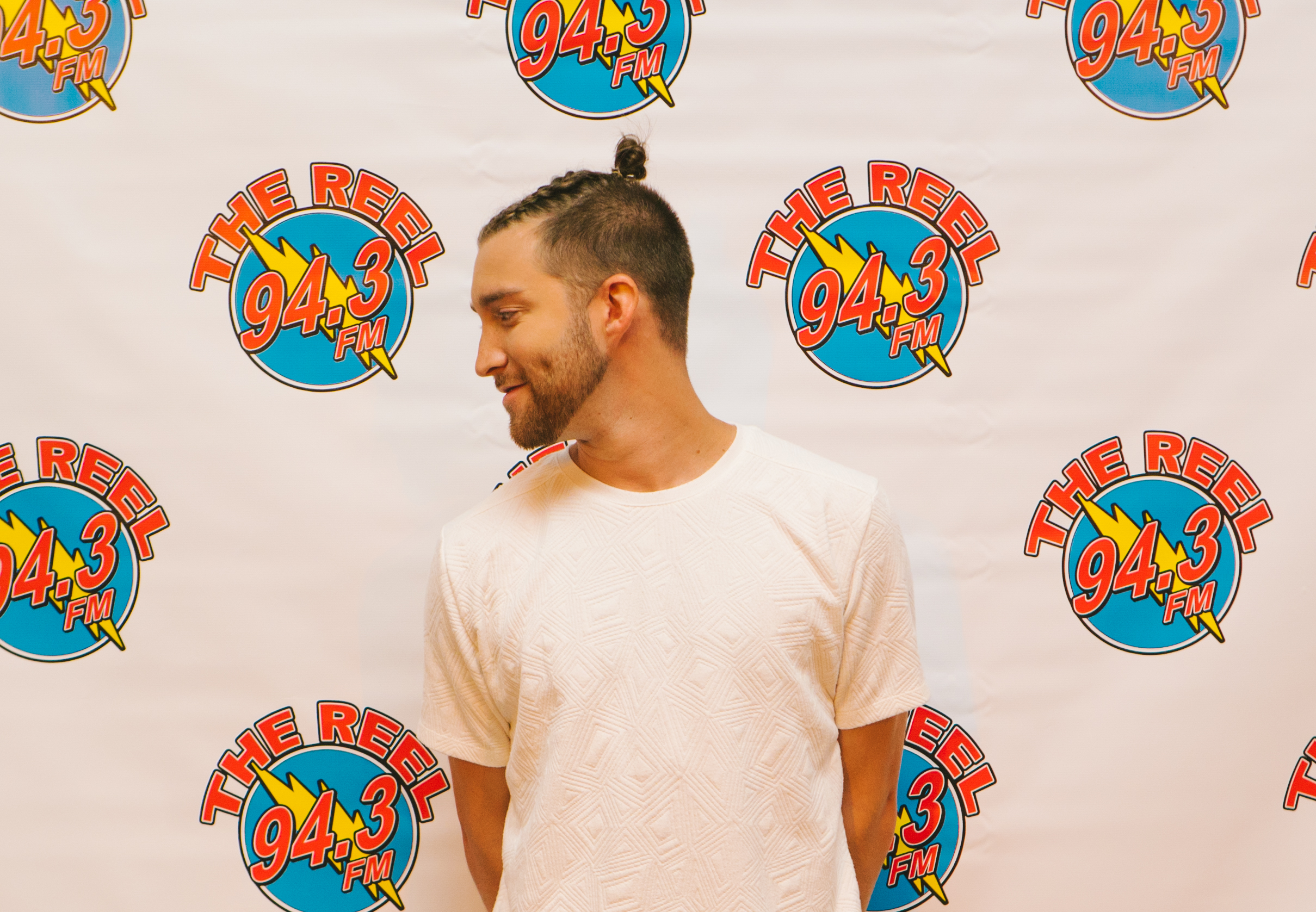 “I’m just the opener” is no more for up and coming rapper, Kid Quill, who has previously opened up for big name acts such as Somo, Jake Miller, Mike Stud, RiFF RAFF, and Huey Mack. Coming a long way from Shelbyville, IN, Kid Quill is finally embarking on his first ever headlining tour this month! Soundigest had a chance chat with the new artist about his third newest album, touring plans, and what keeps him inspired.

Congratulations on releasing your third studio album! What was your inspiration behind 94.3 the Reel?

So basically the album before this one was about the experiences in my life between the ages of 14 to 22. This album is continuing that story about my first year out of college and what I’ve been working towards doing in the music industry. Since I’m a relatively new artist, I’m still talking about the outside looking in. You can say I’ve been inspired by the things I’ve seen and experienced as a newer artist.

I chose 94.3 because ‘94 was the year I was born, and 3 because this is my third album. “The Reel” is a play on the word “real.” On this album I talk about how this is my demo reel to really get into the music industry. It kind of signifies me knocking on the door as a new artist.

Have you seen any evolution as an artist with each project you release?

Yeah, I feel like in life you grow up, you lose friends, you make friends, and it’s all about maturity. I feel like as the past three years have gone by I’ve really matured as a human, but also in terms of an artist. I really captured what I want to say and exactly what I want to do [in the future]. You know, the first album I was still pretty new, but with these last few I’ve really started evolving into the artist I want to be.

I noticed that in your single “Playlist” you mention growing up listening to Kanye West and Chance the Rapper. Can you elaborate on how these artists have influenced your sound today?

When I started making the album, it was all about creating a cohesive piece of music. I don’t want to put out an album that’s just a bunch of singles. I want to incorporate a theme and a story-line to it. I think that Kanye is one of the best at constructing concept albums, and I’m a huge, huge fan of everything he does. So, when I think about Kanye I often ask myself “what would Yeezus do?” He doesn’t ever live inside a boundary with his music. He crosses genres and experiments, and I find that really inspiring. He demonstrates what it’s like to not be the cookie cutter artist because he breaks the rules and pushes boundaries, really challenging people to think and listen to music differently. As for Chance, he uses a lot of live instrumentation. The musicianship alone that was on Coloring Book really inspired me with every intricate part he had on that album.

What was it like collaborating with Nappy Roots and Sammy Adams on this album?

I worked with Nappy Roots in Indy before their show. I normally don’t smoke, but they got me so high while we worked on “White Shoes.” It was just an overall great vibe making the song.

I first met Sammy when I opened for one of his Chicago shows. While I was working on the album I just tweeted him like, ‘yo man check your DM’s.’ He hit me back and said he was gonna be in Indiana, so we could get together and work on “Left Early.” But turns out there was bad weather between his shows, so we had to communicate through texts and phone calls. We ended up working on the song in completely different places. But it’s sweet because I grew up listening to Sammy. I remember listening to Boston’s Boy when I was like a junior in high school. Like, I remember warming up to soccer games with his music, and now he’s on my album

You just dropped your first music video from your album, titled “The Opener.” Why did you decide to show fans your perspective as the opener?

The video is about showing people that it’s all about the journey. Nobody starts in arenas. Own the failures and learn from them.

What are you most looking forward to on your first headlining tour?

I’m really excited to get out and meet people that have been down from the start and are supporting me without a having huge following. I’m excited to just experience my first headlining tour with my fans.

What have you gained from your previous tour experiences?

I’m very aware of my surroundings and I learn by observing. I would watch the way that the main acts handle themselves professionally and I try to carry myself in similar ways.

I know your dad doubles as your manager, so what’s it like having such a close group of people supporting you?

It really keeps me going. It’s great to have someone who will fight for me but also has a personal interest in me since he’s my dad. My photographer, BJ Jensen has been down with me since day one. He designed every aspect of the album from the merch to the cover, and shot all of my music videos. I owe a lot to him since he always puts in the work for me and grinds it out.

Do you have any pre-show rituals?

What can fans expect from this tour?

I want people to come to the show and leave with a special feeling, whether that be inspired, motivated, or like if they’re going through some shit and they decide to come, this show makes them forget about it for a second. I really want this to be an experience so everyone can leave the show feeling uplifted.

Is there anything you would like to say to your fans?

I mean, I feel like I overuse the word thank you, but really thank you for the past three years. We’ve grown a shit ton since then. I’ve only been doing music [full time] for about a year since I’ve graduated college, and I really feel like we’re on the come up right now. Basically, my fans are my record label and the more that they spread my music, the more genuine my come up is.

If you want to keep up with Kid Quill while he’s on tour, feel free to follow him on his Instagram and Twitter, and make sure to listen to his brand new album 94.3 the Reel!