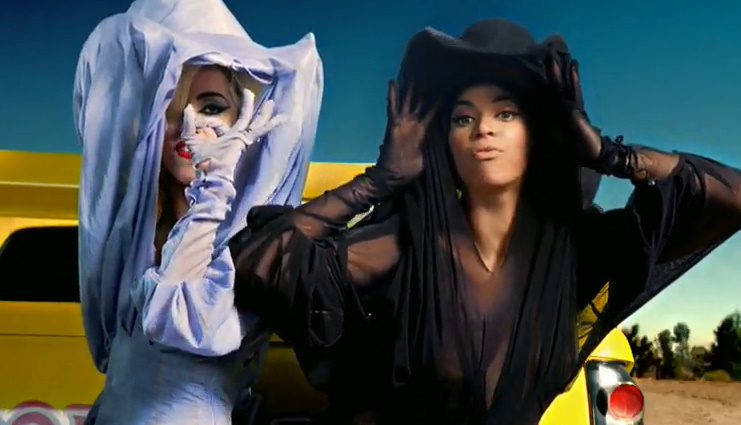 There’s a saying that there is “power in numbers,” and women consistently bring that phrase to a whole new level. As artist collaborations started trending, music saw a new way to spread its impact on humans. With female collaborations being a normal cycle in modern pop music, let’s take a look back at some of the most genre-defining tracks that just SCREAM girl power:

It’s debatable that the most iconic female collaboration of modern pop music, “Telephone” catapulted Lady Gaga’s career into a whole new dimension amongst her “Fame Monster” era. Recruiting Beyonce’s vocals and attitude only made the dance anthem catchier, as it shot to #1 on the Pop Songs charts on iTunes – making it Gaga’s sixth consecutive #1 single. With a flashy video consisting of allusions to the cinematography of Quentin Tarantino’s Kill Bill, “Telephone” managed to engrave its influence on pop culture.

When two alternative pop artists join forces, the public receives a biting, twisted narrative of karma at its finest. Coming off the success of her sophomore effort Electra Heart, Marina and the Diamonds knew that the only way to solidify her witty reputation was to collaborate with other artists that proved innovative spirits, and one of those was Charli XCX. Describing the betrayal in a relationship and the desire for revenge, Marina and Charli formed a bitch-anthem for younger generations that will help anyone get over a dirty ex.

What do you get when you combine a woman with serious pipes, a rap superstar, an angel-sweet voice, and a rebellious attitude? You get hit with a massive amount of girl power and a track that encapsulates the early 2000’s. Coming off the soundtrack for Baz Luhrmann’s Moulin Rouge!, “Lady Marmalade” was performed at the Grammy’s and MTV Movie Awards, with a stylish music video to highlight the unique aspects of each artist on the song. Anyone who was old enough to remember the release of the song can tell you how they never heard the end of it – and for good reason.

One of the biggest rap artists of the early 2000’s, Missy Elliot was the name on everyone’s lips. With hits like “Get Ur Freak On,” “Work It,” and “The Rain,” people expected nothing short of a club-banger for her track with Ciara. Following a chaotic beat and signature Missy style, “Lose Control” remains the song to play when you want the crowd to literally ‘lose it.’

Me Against the Music (feat. Madonna) – Britney Spears

The queen of pop and princess of pop stopped time with “Me Against the Music,” a track that not only serves as a requirement for any dance setting, but also as a sultry collision of music decades. On the brink of her fourth studio album, Spears was officially ready to break her innocent persona and show the public that she was a woman of many talents – with another woman of many talents. Madonna’s notoriety & Spears’ fresh face allowed the song to define Spears’ In the Zone era and set a career-high for both artists.

Departing on her first solo project, Gwen Stefani already had the support of numerous artists in the industry, as No Doubt proved to be one of the best bands to rise from the 90’s. “Hollaback Girl” showed doubtful fans that Stefani could carry her own weight in the pop atmosphere, and “Rich Girl” only kept the rhythm. Relying on the standard recipes of most early pop hits, ‘Rich Girl” had the catchy chorus and killer rap verse, courteous of Eve, to have the general public singing along to Stefani’s “na na na’s.”

Opening Rihanna’s ANTI album, “Consideration” set the mood for one of Rihanna’s most experimental projects. Bringing once-underground artist SZA’s light vocals onto the track, Rihanna sings with her bad girl attitude the public has known for years. Although the beat is simple, the song packs tons of iconic lines, such as “Let me cover your shit in glitter/I can make it gold” and “I needed you to please give my reflection a break/From the face it’s seeing now”. Out of her most-known records, “Consideration” stands out as a successful discourse from Rihanna’s norm.

With a Beyonce feature, anything is possible. Nicki Minaj acquired the perfect beat and combination of female dominance to bring her Pinkprint album to life, casually flowing from Minaj to Beyonce in the smoothest manner. The video also showcases the duo’s influence on the pop/rap sphere, despite its slow release to the public. For a good time when you need to feel good about yourself, give “Feeling Myself” a spin.

An R&B group and a hip-hop group collaborate in the 80’s on a sexy anthem to gorgeous men – what more could you ask for?

Ushering in a new era of Madonna, “Give Me All Your Luvin’” brought the perfect pop track to radio waves in 2012. Riding on the coattails of her anticipated Superbowl half-time performance, Madonna was able to use her momentum to expose the talents of once-fresh Nicki Minaj and international rapper M.I.A. Although her performance of the song at the Superbowl was marred by controversy, the track still displays the playful, domineering pop presence that Madonna has held since 1983.