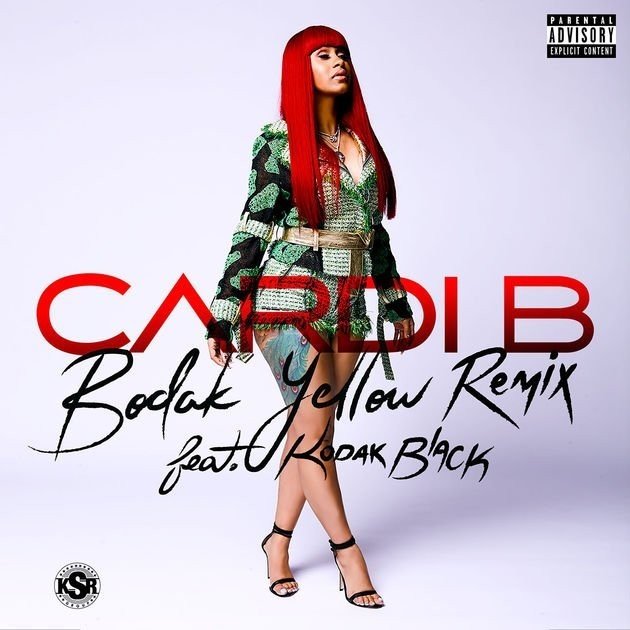 Breakout Bronx rap superstar Cardi B is undoubtedly having a monumental year. Her debut single “Bodak Yellow” has already reached a peak of No. 2 on the Billboard Hot 100 and has been called “the rap anthem of the summer.” “Bodak Yellow” is a reference to Florida based rapper Kodak Black. A long awaited remix featuring the songs inspiration, Kodak Black, has been released. Cardi B says she was inspired by his flow on his single, “No Flockin.”

Right off the bat Kodak explains why he decided to hop on the track, saying, “‘Cause they be thinkin’ both of us crazy and shit.” He opts out of using his “No Flockin” flow and raps “I ain’t worried ’bout her, that’s an old hoe/You thought I was comin’ with my old flow/Kodak ain’t comin’, take no photo/I don’t even pull up in a four door/I just hit a lick, hit the low though/All my life smokin’ on JoJo.”

He keeps the same chorus and instrumentals and continues to adds his signature southern flair to his verse, “Cardi B brought the beat told me re-rock the heat /Try me, I’ll do the race like I’m Tay-K / It ain’t no flockin’ over here, lil’ buddy.”
Take a listen to the remix and let us know what you think of Kodak’s verse. With this remix, we don’t think the song is going to fizzle out anytime soon.  Sorry Taylor Swift, but at this rate, we’re thinking Cardi is going to continue to make money moves and take that Number one spot!