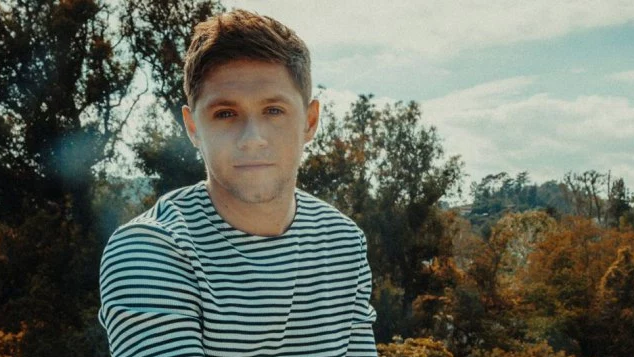 Niall Horan released a brand new song last week, “Too Much To Ask,” alongside the announcement of his upcoming debut solo album, Flicker, which drops October 20th.  The album cover gives Adele’s 25 a run for her money, featuring an up close shot of Niall’s face.

“Too Much To Ask” is Niall’s 3rd single from Flicker, following last year’s ballad “This Town” and this year’s radio hit, “Slow Hands.”  “Too Much To Ask” is similar to “This Town” because it’s a ballad and the melody takes a backseat to Niall’s smooth vocals.  The song is a plea to an ex lover of Niall’s.  He confesses in the chorus that his “shadow’s dancing without you for the first time” and his “heart’s hoping you’ll walk right in tonight.” He’s not over his ex yet and asks her if she might feel the same way.

The song opens with Niall explaining that he’s “waiting here for someone” but “it’s only you I’m thinking of.” He also offers fans his first explicit lyric in the second pre-chorus when he sings, “And, oh, love, watch the sun coming up/Don’t it feel f***ed up we’re not in love?”

“Too Much To Ask” is perhaps Niall’s most intimate song to date.  Fans who have ever longed for an ex will find solace in the lyrics.  While “Slow Hands” was more suitable for radio, “Too Much To Ask” is a gorgeous ballad that showcases Niall’s vocals and will win over audiences of all ages who appreciate a meaningful and moving song.

The accompanying music video was posted to Niall’s YouTube channel on Thursday, September 21st.  It features several scenes of Niall wandering around London looking forlorn along with some scenes of him and his band playing.

Flicker will be released on October 20th.  In support of the album, Niall is currently on The Flicker Sessions Tour across the United States.  He will return to the U.S. next year for The Flicker World Tour.

You can stream “Too Much To Ask” and presave Flicker on Spotify now.