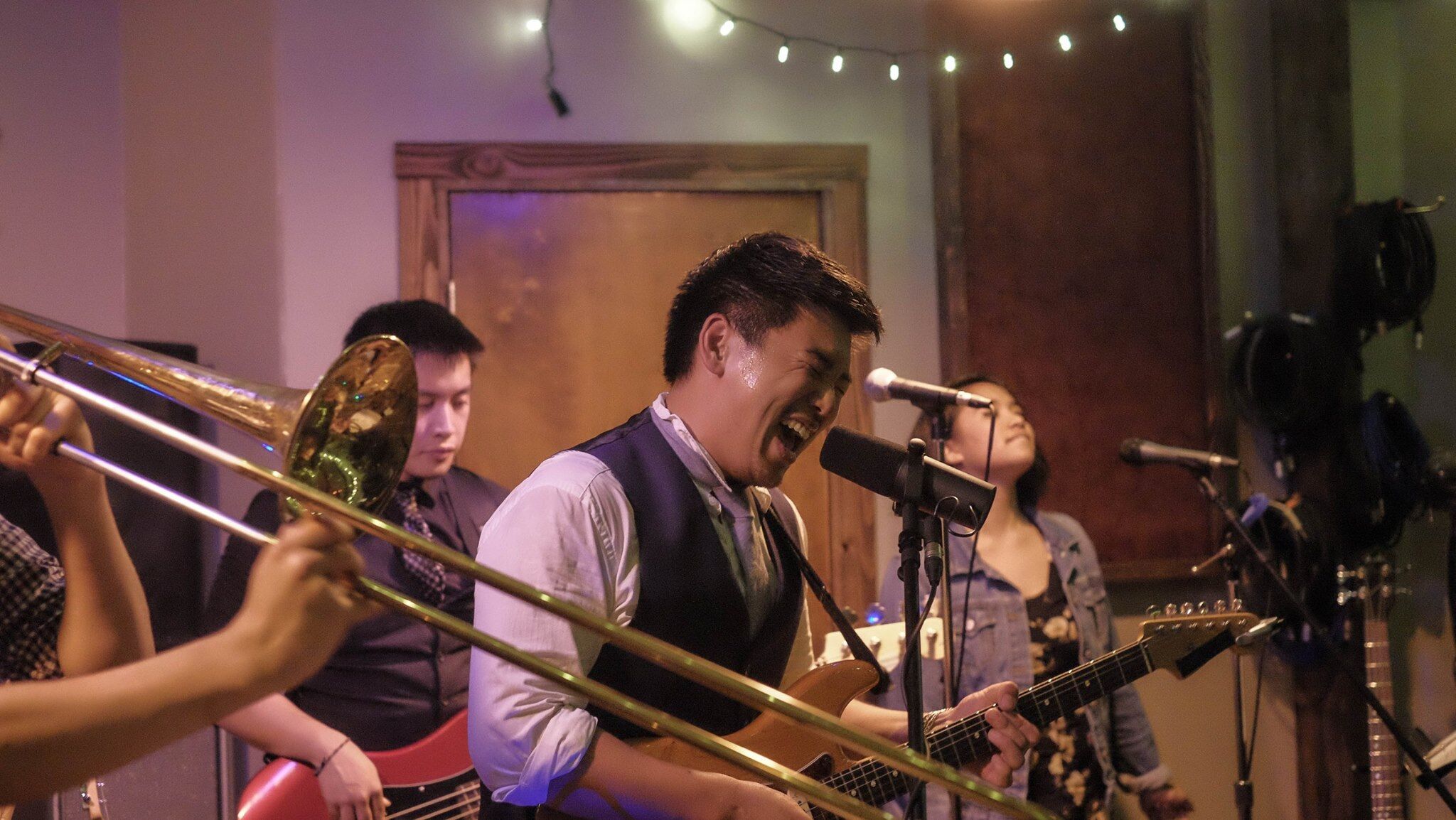 Into funk and soul? Trace Repeat is the band for you! This 6-piece band from Oakland, California has all of the funky jams, but also a lot of meaning to go along with their tunes. The band consists of quite a few Asian-Americans and their goal is to get rid of the stereotype that seems to follow them around in American culture. Between killing a stereotype and making a name for themselves this year, they found some time to drop their debut album, The Oaktown Sound, just last week! Check out our interview with Wesley Woo, the band’s vocalist!

So for those who don’t know, your band consists of a few Asian-Americans. You’ve stated previously that you wanted to break down the stereotype of being the “quiet type.” I really applaud you guys for that because 2017 needs a lot more of that. What led you to make that a huge part of your music?

Yeah! Its definitely been something that we’ve talked a lot about lately over the last few months. It kind of started when we did a crowdfunding campaign earlier this year to raise money for our new album. Zach and I sat down and brainstormed how we wanted to approach the thing, and we decided that we didn’t really want to do a campaign purely about raising money for a record, just because everyone’s got a campaign like that these days. And to be absolutely honest, it didn’t really feel justified asking our fans for money purely on that basis.

So, when we set out to do the campaign, we approached it thinking about what are the communities that we’re a part of that really need our help in representation right now? And more importantly, how can we use the campaign as more than just a platform to ask for money, but as a way to talk about the communities and struggles that we are a part of that we would otherwise never have the opportunity to discuss?

It’s been an incredible honor really, having the opportunity to represent the Asian-American community at the level that we have. But at the end of the day, to be absolutely honest, it’s never been a huge part of our music. It’s not something we talk about on stage, and it’s not particularly integrated into the way we make music. We’re just a funk band, and we happen to be Asian American.

Your latest album, The Oaktown Sound, has many Motown influences. When did you start listening to Motown?

I got into Motown when I was a kid. Growing up, going on these really long car rides with my family, it was what my Dad was tuning the radio dial to every chance he got. So I’ve had guys like Michael Jackson, The Temptations, and Stevie Wonder in my ear for as long as I can remember. Growing up with bad eye sight, I always wanted glasses like David Ruffin. I guess I just was always into the way he kind of owned up to those giant Coke bottle glasses!

Is Motown your only musical influence? What other music grabs your attention?

My influences are all over the map, really. Like any Bay Area native, my teenage years were defined by the Hip Hop Hyphy movement with guys like Mac Dre and E-40. Once I picked up my first Stratocaster I went down the whole rabbit hole of blues guitarists, listening to guys like BB King, Jimi Hendrix, SRV, Clapton, and so on.

So you’ve been featured on NBC News and The Huffington Post. What were your initial reactions when you first found out big publications found out about your music?

It’s been pretty crazy, really. We really didn’t expect to get the kind of coverage that we’ve had over the last few months. I think the Huffpost was the first to pick up the story when we were getting our crowdfunding campaign off the ground, and then it sort of just snowballed from there. It’s all happened so fast, we’ve all just been too busy reacting to really take it all in. I’m just along for the ride at this point.

Anything else you would like to add for our readers?

Thanks for reading and the opportunity!

Check out The Oaktown Sound on Spotify and iTunes!