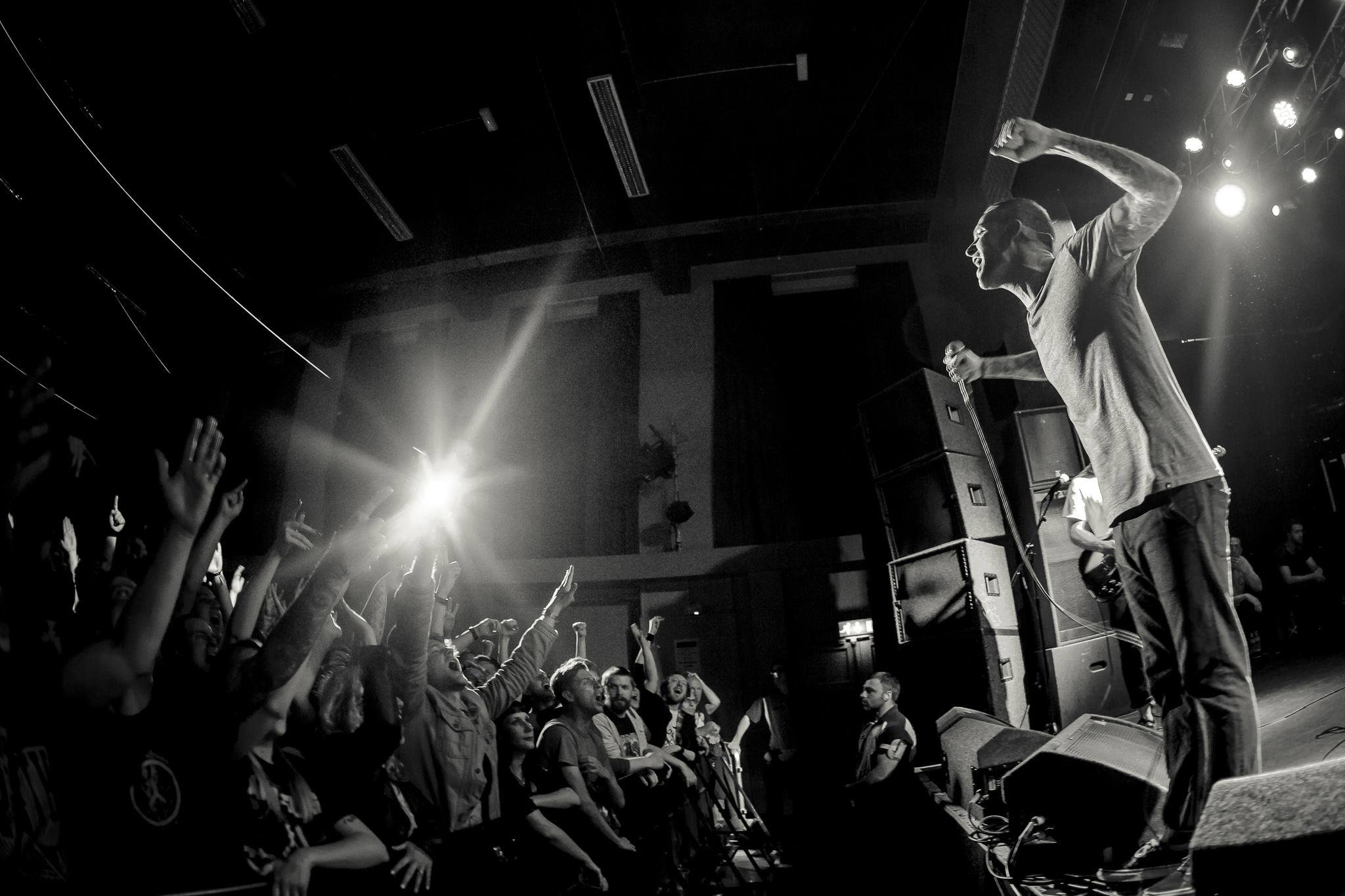 Original Long Island punk rockers have returned after their split back in 2003. Before there was Brand New or Taking Back Sunday, The Movielife helped establish and dominated the LI rock scene starting back in 1997. Fronted by Vinnie Caruana who is now also known for his solo music and other project I Am The Avalanche (2004-present), the band is back and stronger than ever.

Cities In Search of a Heart (Rise Records), released September 22, is The Movielife’s first album in 14 years, following Forty Hour Train Back to Penn (2003), which reached 164 on the Billboard 200 and remains a Long Island anthem.

Brand Reilly ventured off with Nightmare of You, Caruana worked his magic with I Am The Avalanche, and you can hear the influence those separate projects bring to the new record. When I spoke with Caruana last December he stated, “[Reilly and I] have continued writing and we have a lot of songs under our belt, so I would love to see The Movielife release something. But right now we’re just writing music and just compiling all of it, and then when we decide to pull the trigger on something, if and when, then we will, but it’s kind of just like ‘alright, we’re not writing a Movielife record, we’re just writing songs together.'”

Less than a year later and we have an Album of the Year from the band.

While Cities In Search of a Heart may be more fine-tuned and polished than the first four records, that’s expected—this isn’t 1997 or even 2003. The band has grown since then, both in their personal and musical lives.

Second song and first single, “Mercy Is Asleep At the Wheel” hits you with a wall of distorted instrumentals and drawn-out grunge, with Caruana’s vocals seamlessly showcased. Potentially the catchiest song off the record, “Ghosts In the Photograph,” has a Weezer meets post-hardcore feel to it.

“Sister Saint Monica,” begins with a child “la la la-ing,” morphing into a Swellers-esque guitar solo and OG Movielife delivery. The most heart-grabbing track, “Pour Two Glasses,” takes an acoustic approach, filled with a simple guitar part and perfectly placed violins. The song is reminiscent of Caruana’s solo EP, offering something for everyone on Cities In Search of a Heart.

A number that could thrive back in 2000 or today in 2017, “Lake Superior” has a timeless sound; the vocals are rich and the chorus is catchy. “Laugh Ourselves To Death” is the song you want to see live—you can just picture the crowd covered in sweat, finger pointing, and aggressively singing along with Caruana.

“Blood Moon” effortlessly captures the essence of Long Island punk rock in the late 90s, while remaining relevant and fresh with ear-catching riffs and dreamily placed distortion. Containing my favorite lyrics, “You’re the Cure” helps finish up the album in Avalanche United manner. And finally, “Hearts” leaves listeners with something to think about: “Please don’t call it protest, call it humanity…”

While first listen of this album leaves a heavy I Am The Avalanche vibe, there is plenty of OG Movielife throughout the 10 tracks, making Cities In Search of a Heart perfect for both long-time fans and new ones alike. The Movielife boys are back after a 13-year hiatus and have yet to lose their youthful liveliness.