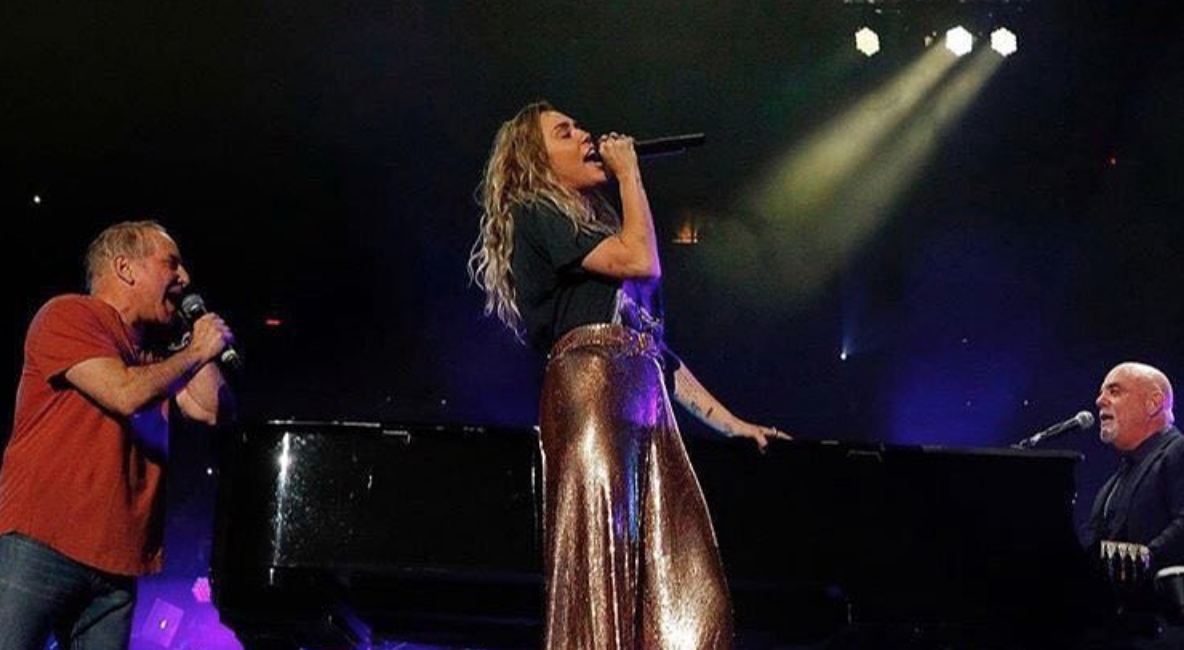 Miley Cyrus was in a New York State of Mind over the weekend and we are SO here for it! The pop star joined the legendary Billy Joel on stage at Madison Square Garden on Saturday night for a duet of his hit, “New York State of Mind,” delighting the entire audience and bridging the gap between millennials and baby boomers once and for all (Seriously… almost every parent at the show took out their phones and began sending photos to their kids)!

Following Billy’s intro of NYSOM, Miley walked out on stage in glittery gold bell-bottom pants, ready to show off her vocal chops to a more mature audience who, let’s be real, probably said some ~nasty~ things about her following the foam finger fiasco of 2013. By now, we’re sure all is forgiven because Miley DELIVERED on Saturday night, and even THAT is an understatement.

Luckily, that wasn’t Miley’s only appearance on stage on Saturday evening, returning alongside the legendary Paul Simon to sing “You May Be Right” during the encore. The three performed together in what could only be explained as one of the most satisfying collaborations of all time, with Miley harmonizing over Billy and Paul every chance she got. For those who came to the show knowing little about what Miley Cyrus could actually do, they left with a pretty good idea, and something tells us she even gained a few more hardcore fans.

This epic guest performance happened just one day after the release of Miley’s latest album, Younger Now, which is currently working its way up to the top of the charts. But, with all her new fans, we’re pretty sure it won’t take her very long to get that top spot.  Until then, we’ll just be watching those two videos on repeat non-stop. NBD.

So, What did you think of their collab? Let us know in the comments or tweet us @soundigest! We’d love to know!