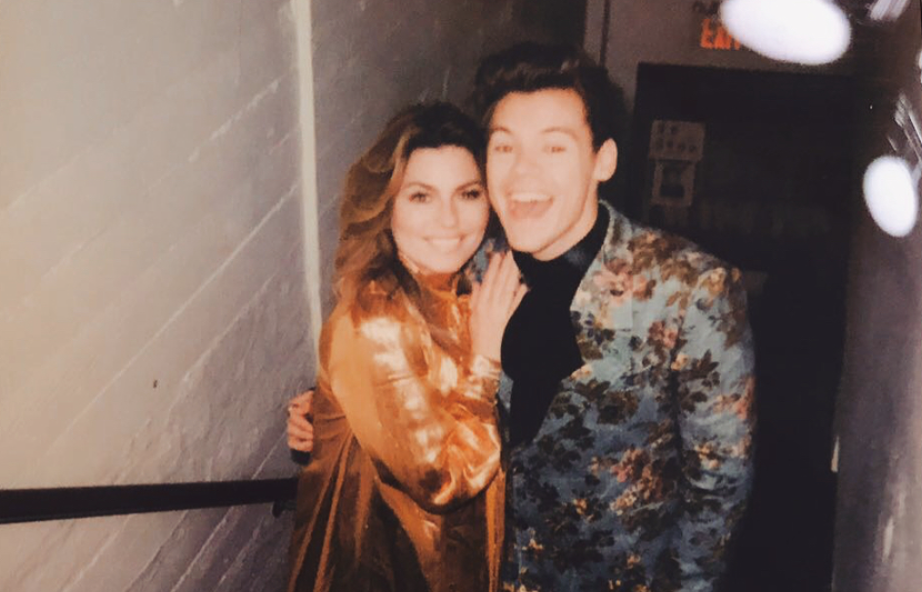 Now on his first solo tour, Harry Styles blessed his Nashville crowd last week with a cover from a genre not his own.  Following his live performances of Fleetwood Mac’s “The Chain,” Ariana Grande’s “Just a Little Bit of Your Heart,” and even Kanye West’s “Ultra Light Beam,” Styles fittingly gave his Music City fans a country cover of Little Big Town’s “Girl Crush.”

Which reminds us… Harry Styles wasn’t the first musician to do a country crossover! In fact, here’s a list of our top 5:

5. HAIM’s cover of “That Don’t Impress Me Much” by Shania Twain

Back in July of this year HAIM performed live on Triple J’s “Like A Version” series.  They conquered a well known country anthem by Shania Twain. Watch the performance from the Australian radio show below:

4. Nelly’s Cover of “Die A Happy Man” by Thomas Rhett in Pittsburgh

Last year in Pittsburgh at Heinz Hall ,Rap star, Nelly performed this well known country favorite with a full blown orchestra! Mentioning that this song was one of his favorites, Nelly continues to let everyone know how much he loves country music.

Reviving one of her favorite covers, including one performance with Dolly Parton herself, Cyrus sings the country classic “Jolene”.  Bringing the cover with her to L.A. for Wango Tango in May of this year, Cyrus shows that you don’t have to be too serious while performing this song!

2. Demi Lovato’s collaboration with Brad Paisley for “Without a Fight”

Surprising fans this summer these two artists decided to combine Country and Pop.  In an actual genre crossover, Demi Lovato stepped onto a track with Country artist, Brad Paisley. Lovato gives the single an extra kick, making the song a hit!

1. Beyonce’s collaboration with Dixie Chicks for her song, “Daddy Lessons”

The ULTIMATE crossover to country we have seen so far is Beyonce’s performance at the CMT awards.  Singing “Daddy Lessons” from the infamous “Lemonade” Album, the artists gave a shocking performance! With the song already having a country feel, they cranked it all the way up, of course the Dixie Chicks were a great addition!

What are your favorite country crossovers? Let us know in the comments below or tweet us @soundigest!