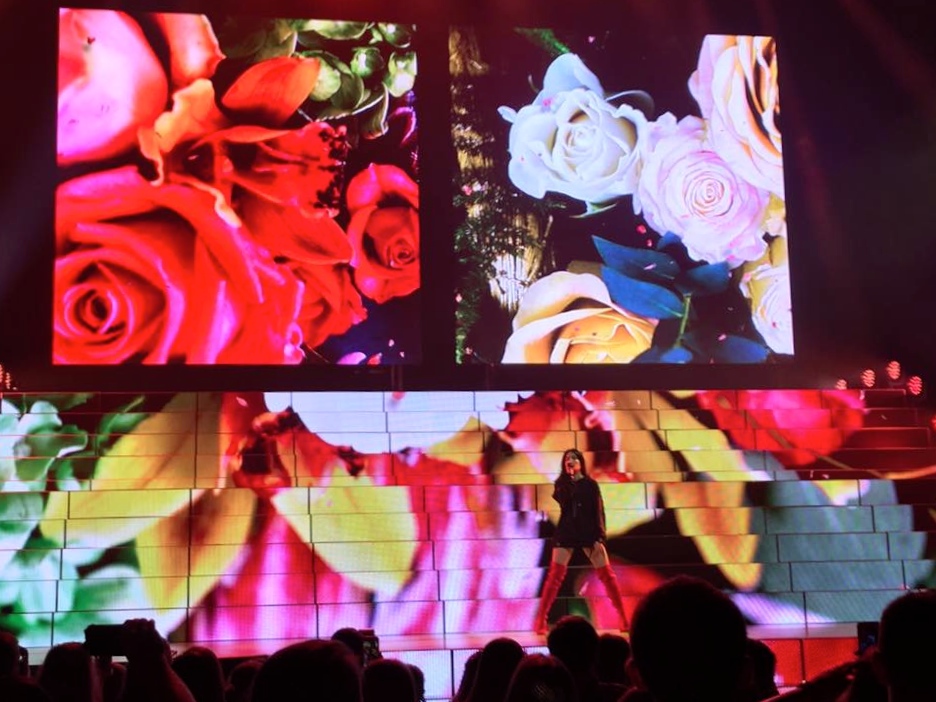 Halsey kicked off her Hopeless Fountain Kingdom tour this past Friday at Mohegan Sun in Uncasville, CT, and it’s the second world tour for the young popstar. She took to Instagram a few days prior to opening night stating that all the production you would see on this tour came straight from the inside of her brain and brought to life. The show opened with electropop artist Charli XCX followed by rapper PartyNextDoor. Halsey later described these two to the crowd as “two people that are way cooler than me.”

The entire arena went black as Halsey’s “Prologue” blasted through the speakers. Suddenly the stage lit up with various colored strobe lights and designs as Kanye West’s voice was chanting “Hopeless” over and over again. Halsey’s silhouette appeared on a giant curtain as the opening notes to her hit song, “Eye’s Closed,” started playing.

Halsey has always been the type of a performer to tell a story during her shows. That was no different at the Hopeless Fountain Kingdom tour. Every outfit that she wore on stage was created to go along with the story she was telling. Her lyrics touch upon topics such as mental health, abusive relationships, breakups, makeups, and the LGBTQ community. Amplified by dancers, stage changes, on screen graphics, and even pyrotechnics, the audience’s energy was felt through the entirety of the show.

As well as being opening night, the show also happened to fall on the singer’s 23rd birthday. She was greeted on stage by her boyfriend Gerald (many know him as rapper G-Eazy), and a bottle of champagne. Her team surprised her with a happy birthday compilation video. This was filled with well wishes from friends, family, and other celebrities such as John Mayer, Brendan Urie and Lauren Jauregui.

Along with songs from Hopeless Fountain Kingdom, Halsey surprised the audience with some old fan favorites such as “Roman Holiday,” “Colors,” and “Young God” from her debut album, Badlands, as well as her hit “Is There Somewhere” from her EP, Room 93. Whether you are a die-hard Halsey fan or you’ve never heard of her in your entire life, this tour has something for everyone. You will be captivated from start to finish with all of the visuals she has to offer. What are you waiting for? Go see the Hopeless Fountain Kingdom Tour. You won’t regret it!