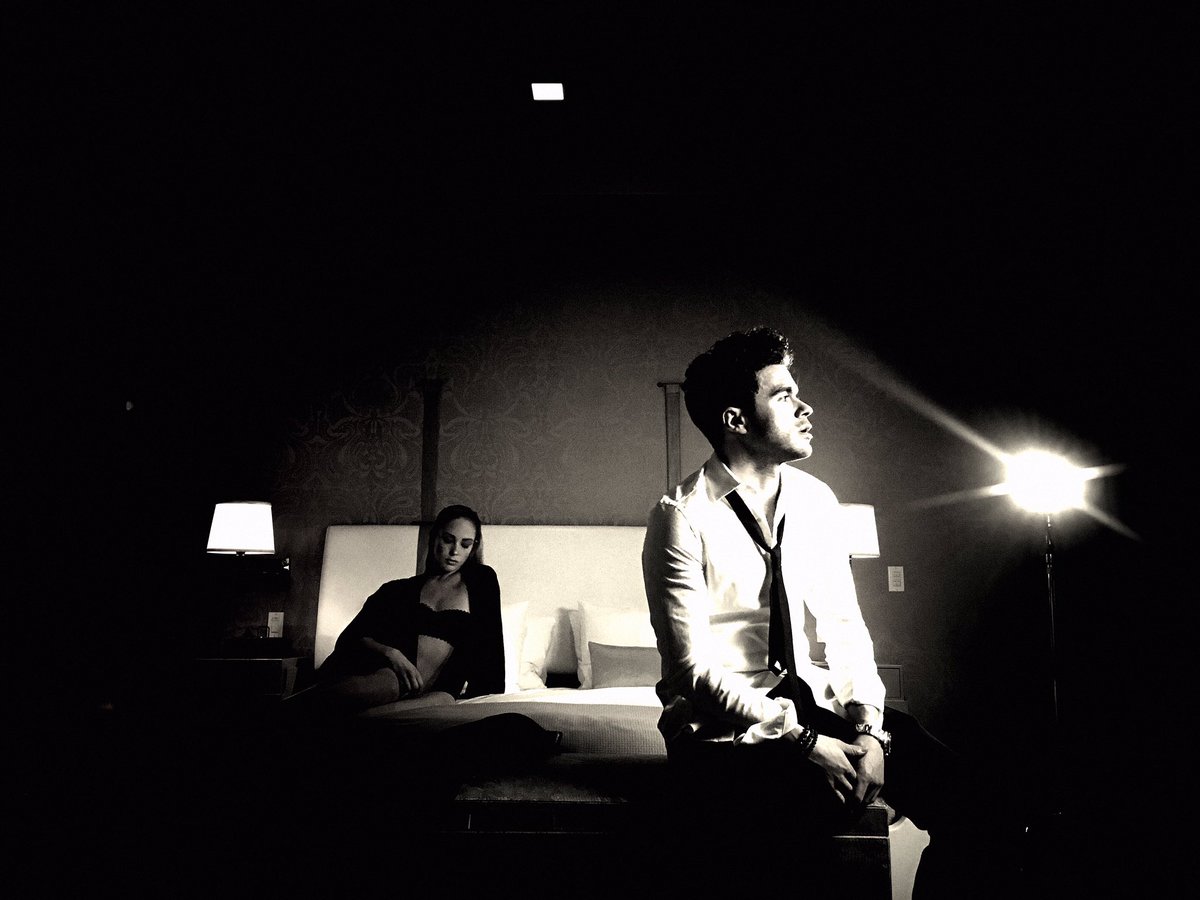 What do you get when you mix together unrelenting passion for music and a voice like no other? The world’s next biggest heartthrob and pop star, of course! Enter: Justin Morelli, a former law school student and current New York City singer-songwriter! He has just released his catchy new single “Stay All Night,” and is gearing up to release his debut EP Bed Time Stories. Recently, we got the chance to chat with him a little bit about the whole process of creating this project. Check it out!

Hey Justin! Thanks for talking to us today. We’re really hyped about your new single “Stay All Night”. At first listen it sounds really upbeat, but they lyrics tell a different story. Can you tell us the inspiration behind the song?

Hey, thank you guys so much for having me, I’m so excited to talk about the release with you! “Stay All Night” is one song out of about seven being released off of my debut EP called, Bed Time Stories. Throughout the making of my EP, I wanted to tell the story of what’s been going on in my life the last couple years and in doing so, there is some heartbreak, there’s some frustration and confusion, but when I write about those situations I choose to make it more of a “me against the world” type vibe with an upbeat track and an emo vocal.

“Stay All Night” is going to be featured on your debut EP Bed Time Stories. What was that creative process like?

The process was long. My creative process mirrored the difficulties, trials, and tribulations that I was experiencing at the time. The idea behind Bed Time Stories was to take those experiences and put them into my music.

Was there a specific story you wanted to tell through the tracks on the EP? Or are they just some of the best songs you had been working on?

When will we get to hear the EP in its entirety?

The songs are going to release one by one. I wanted to give each song the chance to be enjoyed individually as well.

Music is something that you’re very obviously passionate about. When did you realize this is what you wanted to do as a career?

I always knew that music was my passion but I didn’t consider it as a career until I was in college. After college I continued on to law school, but as busy as I was with law classes, I was constantly making time to sing. I remember running from vocal lessons to my law classes and writing lyrics when I should have been studying. To answer your question, I guess singing was always truly what I wanted to do.

What have been some of the challenges in getting your music out there?

Breaking through the noise has been one of my biggest challenges in my career so far. There are so many artists out there now that it starts to become tough to reach your fans’ ears. I’m lucky to have a growing fan base that loves my music.

What have been the biggest wins so far?

The completion and release of Bed Time Stories. I’ve worked tirelessly on perfecting this album to really give a representation of what I was going through and what my music is about. I hope that my fans hear that.

What do you hope to accomplish with your music? How do you want listeners to feel when they put on Bedtime Stories?

I hope that my music serves as a release for all of my listeners. I wanted to make music that represented me as well as stuff that everyone can relate to. I hope it enables my listeners to make a soundtrack to their own lives, just like I did.

Check out Justin’s single “Stay All Night” and “Say You Love Me” on Apple Music and Spotify, and don’t forget to follow him on Twitter and Instagram!