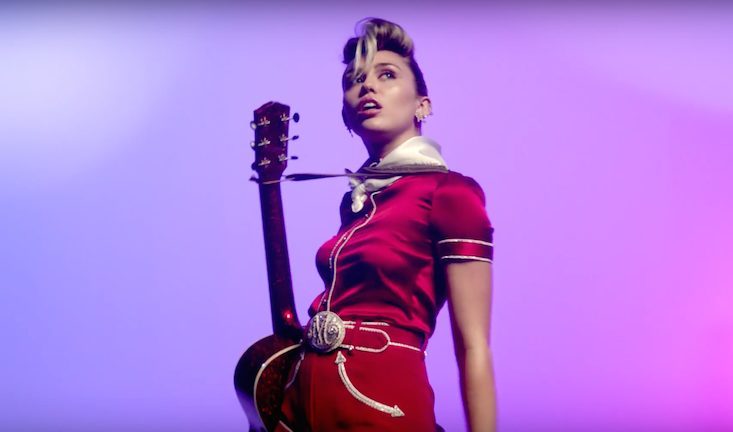 With the release of her sixth studio album, it’s safe to say that Miley Cyrus has come full circle in her career. From her days on Disney channel’s Hannah Montana to Miley Cyrus & Her Dead Petz, Cyrus has showcased her profound ability to blend traditional pop music with her family’s extensive country influence. While her Bangerz era was marked by a notoriously wild version of Cyrus, filled with songs about partying and unashamed sexual encounters, Younger Now brings the raw emotion and stripped down vocals that Dead Petz hinted at into full effect.

The release of “Malibu” earlier this year gave fans a holistic look into this record, as its beachy atmosphere and soothing guitar melody carried Cyrus’ vocals into a dream-like state. Departing from the past Dead Petz era, “Malibu” was an optimistic, healthy return to pop radio and the public sphere. It was no secret that Cyrus was struggling with personal issues in 2016, so receiving a track that spreads nothing but love for others and the West Coast was a refreshing announcement that she was ready to dominate air waves. Not only did she set up a new beginning, but she prepared fans for an honest rebirth of her diverse life.

Opening the record with the title track “Younger Now,” Cyrus steals the spotlight from any other release this fall. Packed with nostalgic lines such as “No one stays the same” and “Change is a thing you can count on,” Cyrus beautifully translates her personal reflection of life to her fans. In fact, she manages to allow the audience to encapsulate their youth in a little over four minutes, which is a rare feat for artists. It makes for the perfect graduation anthem or drunken twenty-first birthday karaoke, both in the best way possible.

As the album is a return to her family and country roots, it only makes sense that Cyrus would recruit her godmother, Dolly Parton, for an authentic Nashville duet. Aptly-titled “Rainbowland” hints at the possibility of a peaceful world in the future, that is, if humans are willing to love each other unconditionally. Cyrus and Parton illustrate this idea with rays of hope and admiration for the world’s diversity throughout the track, especially while singing, “We are rainbows, me and you/Every color, every hue/Let’s shine through/Together we can start livin’ in a rainbowland.” Cyrus has consistently shown her support for the LGBTQ+ community in past years, and this song echoes her unwavering dedication to forming acceptance for such individuals. It’s tracks like these that reflect the authenticity of Younger Now, woven so harmonically that listeners do not need a magnifying glass to see the truth.

One of the other major themes on Younger Now is the battle between heartbreak and affection, and the confusion that occurs when the heartbreak and affection comes from one individual. “Week Without You” addresses how Cyrus could turn a bad relationship into a period of adventure with those who love her, reciting, “If I spent a week without you/Hmm, I’d probably have so much fun.” Her casual attitude of leaving a pathetic partner brings a playful tone to the record, which carries throughout later bad-ass tracks “Thinkin,’” “Bad Mood,” and “Love Someone.” Nonetheless, Cyrus balances these tracks out with emotionally-heavy tracks “Miss You So Much” and “I Would Die For You,” discussing her fear of death and losing her love. By juxtaposing loneliness with an unashamed, heart-breaker mindset, Cyrus formulates a human aspect that creeps through the rawest moments of the record and finds its way into the heart of any listener.

Although many expected another major pop release from Cyrus this fall, Younger Now serves as the soundtrack to lonely nights in your bedroom or peaceful beach days with your best friends. Its an authentic look into the life of an evolving pop-star, who lets the audience know that she struggles and succeeds without appearing cliché. You may not find the smash-quality of Cyrus’ earlier Bangerz effort in Younger Now, but you will find a record that soothes and assures that the domineering phenomenon of growing up happens to everyone.