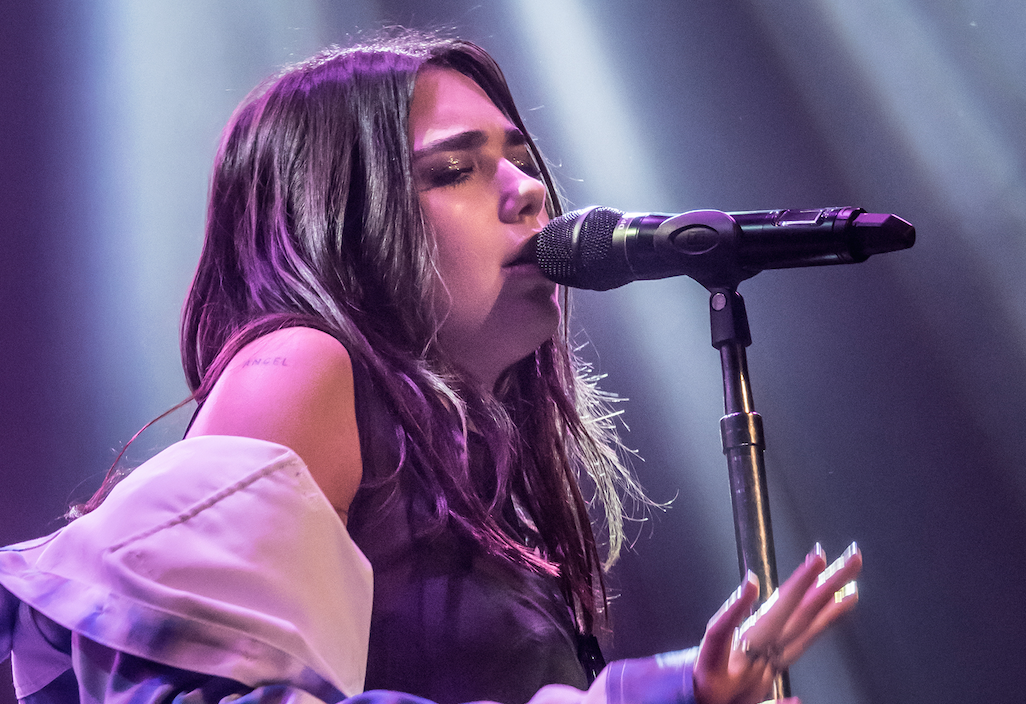 If a pop star tells you to do something, you should listen carefully. Dua Lipa‘s single, “New Rules,” has been a beacon of hope to listeners dealing with that person in their life. The English singer has taken the American pop scene by storm with her infectious beat and smart lyrics. In the single, Lipa gives listeners a set of rules to follow in order to avoid letting that toxic person back in your life. In addition to Dua, here are some other songs with command-like lyrics that, if followed, can make anyone’s life better!

1. “Sit down, be humble.” – “HUMBLE.” by Kendrick Lamar
This huge single from Lamar’s album “DAMN.” has arguably one of the best beats of the year. While the line “My left stroke just went viral,” is a hallmark of the song, the repetitive, yet catchy chorus tells everyone to be humble; simple as that. Sit down and be humble! Lamar’s chorus may be simple but has a firm message.
2. “If you liked it then you should have put a ring on it.” – “Single Ladies (Put A Ring On It)” by Beyoncé
Beyoncé is one of the most powerful and successful women in the industry. Her “I Am…Sasha Fierce” album was home to this single that will be stuck in our heads for years to come. Queen Bey’s message to lock that person down with that coveted ring before you lose them is the focus of the song and had everyone waving their left hand in the air. If Beyoncé wants people to do something, you should drop what you are doing and follow her rules. Plus, as Kanye said, this video is one of best of all time.
3. “When we move, you move.” – “Move” by Little Mix
The song by British powerhouse girl group Little Mix has an extremely fun message behind it. If you’re ever out and someone has their eye on you and they want to dance, go on ahead and move and dance with them; do not leave them hanging. If Perrie, Jesy, Leigh-Anne, or Jade want you to get out on that dance floor, get your back off the wall and move. If I could make a rule for Little Mix, it would be for them to never stop making great pop music.
4.  “Don’t come for me today. I’m feeling good let me savor it.”- “Reaper” by Sia
Sia’s songwriting is extra strong in this song from her recent This Is Acting album. Don’t try to bring anyone down. The song deals with fighting off any negativity that will try to stop you from living your most positive life. You may never know what someone is going through so don’t be a lingering dark cloud or reaper that Sia has written about. Don’t do it today and let someone savor their life. I was introduced to Sia’s music through a friend and I was not disappointed with what I heard. Her popular hits are amazing but her other music is certainly worth checking out.
5. “Life is worth living so live another day.” “Life Is Worth Living” by Justin Bieber
Bieber’s Grammy-nominated Purpose album was home to great pop hits, but also gave us this meaningful ballad. This is a life rule that is of upmost importance. You have worth and your life is certainly worth living. Following that mindset is crucial. No matter what headlines there are about Justin Bieber out there, we seem to forget the important lyrics he implements in his songs.
6. “Don’t promise me tonight without tomorrow, too. Don’t say you love me unless you do” – “Don’t Say You Love Me” by Fifth Harmony
If you cannot commit, it may not be the best idea to get someone’s hopes up to just have them come crashing down later. Lauren, Normani, Dinah Jane, and Ally Brooke unleashed this ballad on their latest self-titled album following the departure of a fifth member. When a traditionally upbeat girl group releases a slower song, especially like Fifth Harmony, it is refreshing to hear a different type of track that will get listeners in their feelings. If these four women tell me to do anything, I know I will obey their commands for sure.
What are some of your favorite of your favorite “rules” in songs? Let us know in the comments below!

One thought on “Dua Lipa’s “New Rules,” PLUS Other Rules In Some Of Your Favorite Songs!”