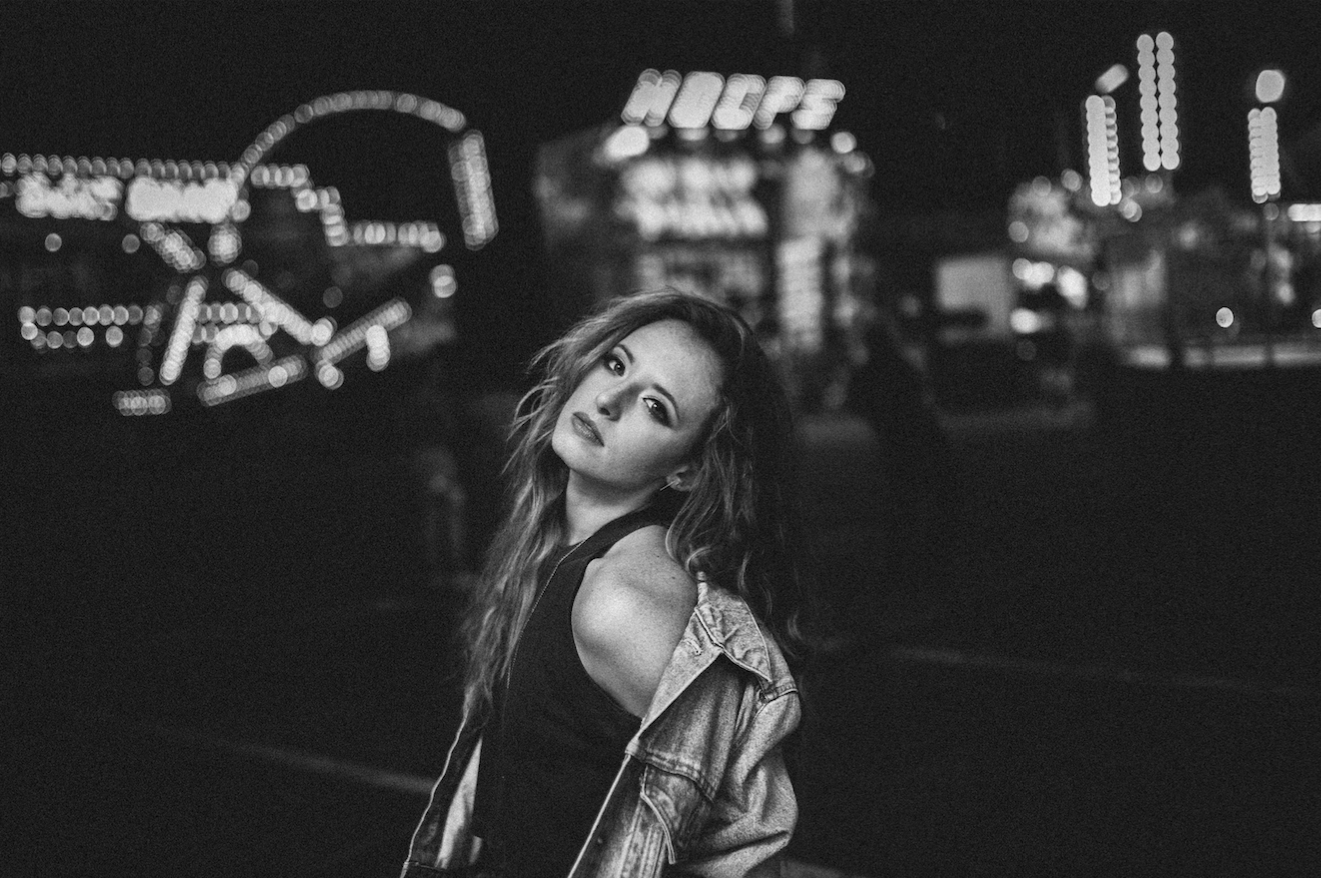 Pay attention closely country radio! Emily Hackett is Nashville’s newest songbird and she won’t be pushed to the bottom of the charts to make room for the boys. After releasing her latest single, “Nostalgia,” CMT selected the track for their artist discovery program for the month of September and Radio Disney Country has it on repeat.

We recently got to chat with Emily about the creative process behind her songwriting, her favorite throwback tracks and more!

Hey Emily! Congratulations on your new single “Nostalgia.” I love the feel of it and the story it tells. Could you tell us about the inspiration behind the song and how you brought it to life?

Thank you! “Nostalgia” totally came to life on its own. Mikey Reaves, had this guitar loop that I loved. It made me feel like I was in high school again–there was that kind of energy to it. Then Steph Jones and I started talking about things that took us back there. Once the first line about the red balloon was said, the rest just kind of fell out exactly like it sounds. It made so much sense once we decided to personify the feeling.

The song has been seeing a lot of success so far, which is awesome! “Nostalgia” was picked to be part of CMT’s artist discovery program for the month of September. How did you find out about that and what was your first reaction?

That was so awesome to hear. In fact, when it got confirmed, I was with all my high school girlfriends and we totally danced in the kitchen when I got the word. Leslie Fram over at CMT was the champion who jumped out there for me on that. She’s such a supporter of the independents and of women, which is so necessary in this industry right now. I was just glad CMT enjoyed watching it as much as I enjoyed making it! It’s very cool to have their support and I don’t take it for granted at all.

I think the music video conveys the story of “Nostalgia” perfectly. Did you have a specific vision in mind going into that process?

Totally. I had been envisioning a carnival ever since we wrote it, but especially once we recorded it. I did all this research on where to find the perfect one and just as I was about to give up, one popped up and we ran with it that weekend! It was so fun filming with all my friends in places very real to us. I think that’s what made it feel so genuine–it was genuine. Even the birthday cake scene–that was my real birthday!

You grew up in Atlanta, GA. Did that have any influence on the kind of music you create?

You’ve collaborated with a number of different artists including Will Anderson. What’s the best part about joining forces with other musicians?

Creativity always blossoms fully with others. They introduce ideas and perspectives that you might not have had. But besides that, it’s just fun. Getting to work with friends or people you’ve just met but look up to creatively is always rewarding. Working with Will, specifically, on that song was special because of his immediate willingness to jump on, but also that it’s become so full-circle, with him being in the lineup at my own wedding. He and the Parachute boys have been such a huge support for me, between doing that duet and bringing me on the road, I’ve gotten to learn a lot and share in a lot of career experiences.

In honor of “Nostalgia”, what are a few of your favorite throwback songs?

Oh man, there’s so many. “Complicated” by Avril Lavigne. “Black Balloon” by The Goo Goo Dolls. “Bitch” by Meredith Brooks… and “Fly” by Sugar Ray (duh).

You’ve released two EP’s in the past. Can we expect a full album in the future?

It’s coming! We actually just finished production on it last week. I’m very excited to be able to share more about when you can hear it! Keep your eyes and ears open!

We can’t wait to hear it! What’s your favorite part about touring? You’ve opened up for really cool artists like Lady Antebellum, Luke Bryan and Rascal Flatts.

I love traveling. It’s a lot, especially when you have to work in each city when you get there, but I love the opportunity to get to see new places, even if just for 24 hours. It’s kind of like a sample platter of the country/world.

What do you hope to make listener’s feel when they hear your music?

I want people to feel like they know me when they hear my music. I want them to feel like they can ask me whatever because I’ve been vulnerable enough to tell the truth already in the lyrics they’ve heard. I hope it allows them to also feel okay sharing their truths. You’d be surprised how many people have gone through the same stuff when you allow yourself to talk about it. Own your past. Own your present.