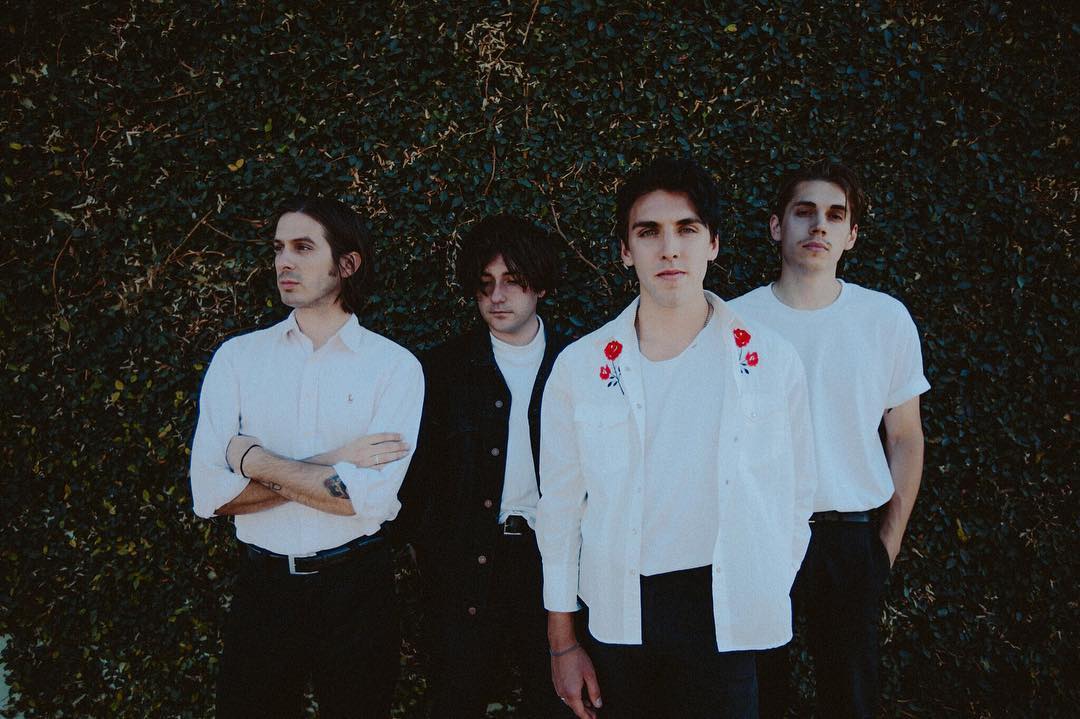 Last Friday morning, Bad Suns pleasantly surprised fans by dropping their brand new single “This Was a Home Once” at midnight. The fan-base heard the news only a few hours before the release through this spontaneous tweet…

Many of us were anxiously anticipating the single since the band hadn’t released any new material in over a year. The last we’ve heard from Bad Suns was their second album Disappear Here, which was released in September of 2016. Since the success of that album, the band has been focused on touring, and apparently, they’re back with more music to come!

The band roamed outside of their usual sound for the new vibey single “This Was a Home Once.” By switching up the tempo to make a steady 80’s-inspired beat, this song really stands out from their previous work. It feels a bit more personal for lead singer Christo Bowman, as he discusses what it was like growing up in his neighborhood and how he feels to revisit his childhood home. By first listen, the song feels very vulnerable. This entire track embodies nostalgia from the melody to the message.

“This Was a Home Once” is honestly relatable as it depicts the feeling of growing out of adolescence and into adulthood. Bowman sings the lines “as one chapter ends another chapter begins, now my life revolves around clichés I hated as a kid.” He also touches on his personal home life and how family can begin to decompose over time with, “now the ceiling’s falling, I feel the rain/This was a home once/With so much love comes so much pain.”

With the juxtaposition between the uplifting guitar and the melancholy lyrics, we expect nothing less of Bad Suns. This band is known to experiment with their beats and lyricism to create their unique alt-rock masterpieces. As the year goes on, we can only wait in excitement for the band to release the rest of their new projects. Will their new sound follow “This Was a Home Once,” or will it be something completely different? It looks like we’ll just have to wait for the third album to find out!

In the meantime, the band will be kicking off the “Love Like Revenge Fall Tour” tomorrow! Tickets are available here… (trust me, you won’t want to miss it!)