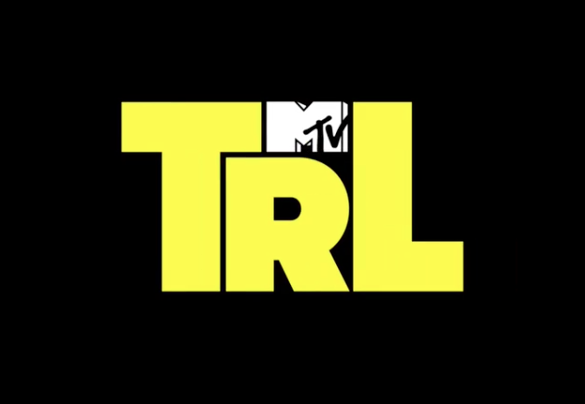 Total Request Live, or TRL, made a big comeback to MTV this past week, minus the Motorola Razrs and MySpace profiles. The original TRL aired its final show in November 2008, back when times were… simpler. I remember it so vividly; I was in middle school and would go home everyday watch TRL at 3:30pm to see my favorite celebrities like Hilary Duff, Lindsay Lohan, and more appear on the show. TRL was a huge staple in music television, giving viewers a countdown of the biggest music videos along with appearances, comedy segments, and more from the Times Square studio. The show ran for about ten years before getting taken off the air.

MTV decided to revive the series with a renovated, trendy studio back in the heart of New York City. There is a slew of new hosts including young rapper DC Young Fly and writer/producer Tamara Dhia. Internet superstars Gabbie Hanna, Eva Gutkowski and model Gigi Gorgeous will be serving as social media correspondents. Different than the original TRL, the reboot will be active on social media and will include other video content.

The premiere kicked off with DJ Khaled leading in the infamous TRL countdown with his (equally as famous) son, Asahd. The show then led right into a performance of “Too Hotty” by Migos. Ed Sheeran later performed his hits “Castle on the Hill” and “Perfect” from his recent Divide album. The lineup for the rest of the week included great performances by Noah Cyrus, Fat Joe, Lil Yachty and more. Nick Jonas also made a TRL comeback from his Jonas Brothers days, performing his new single “Find You.” There were also some fun, interactive segments including dance challenges, ticket giveaways, and interviews. One crucial thing was missing however: the music video countdown.

While the segments were entertaining and the performances were great, it still did not feel like the old TRL at all. Showing the top music videos for that day and seeing which spot your favorite artist was at was the distinctive feature of TRL. MTV certainly has moved far from their music roots, and when the news broke of TRL coming back, fans of the original show were hopeful that the original appreciation of music would come along with it. Without any music videos or really anything to request, is this really TRL? The involvement of Instagram celebrities and other Internet stars is really heavy as well, and if you do not follow them you may be left in the dark.

Regarding the shows longevity, I am not sure how long the reboot will air for. This TRL integrates live streams on social media as well as postings on YouTube. Viewership may not gain steadily if there are other ways for viewers to catch their favorite stars on-demand at their fingertips. That is why we watched TRL back in the 2000s… because there really was no other way to see these videos or interviews other than to tune in.

If executed differently, TRL might be able to regain the attention of those in their twenties who grew up watching TRL after school everyday. This reboot would have been the best way to bring music back to Music Television. It is a great platform for new artists to showcase themselves and for current musicians to make appearances as well. However, adding in music videos along with a countdown (and the iconic photo booth) will make TRL the actual TRL that we all loved.

What are your thoughts on the revived TRL? Let us know in the comments or tweet us @soundigest!