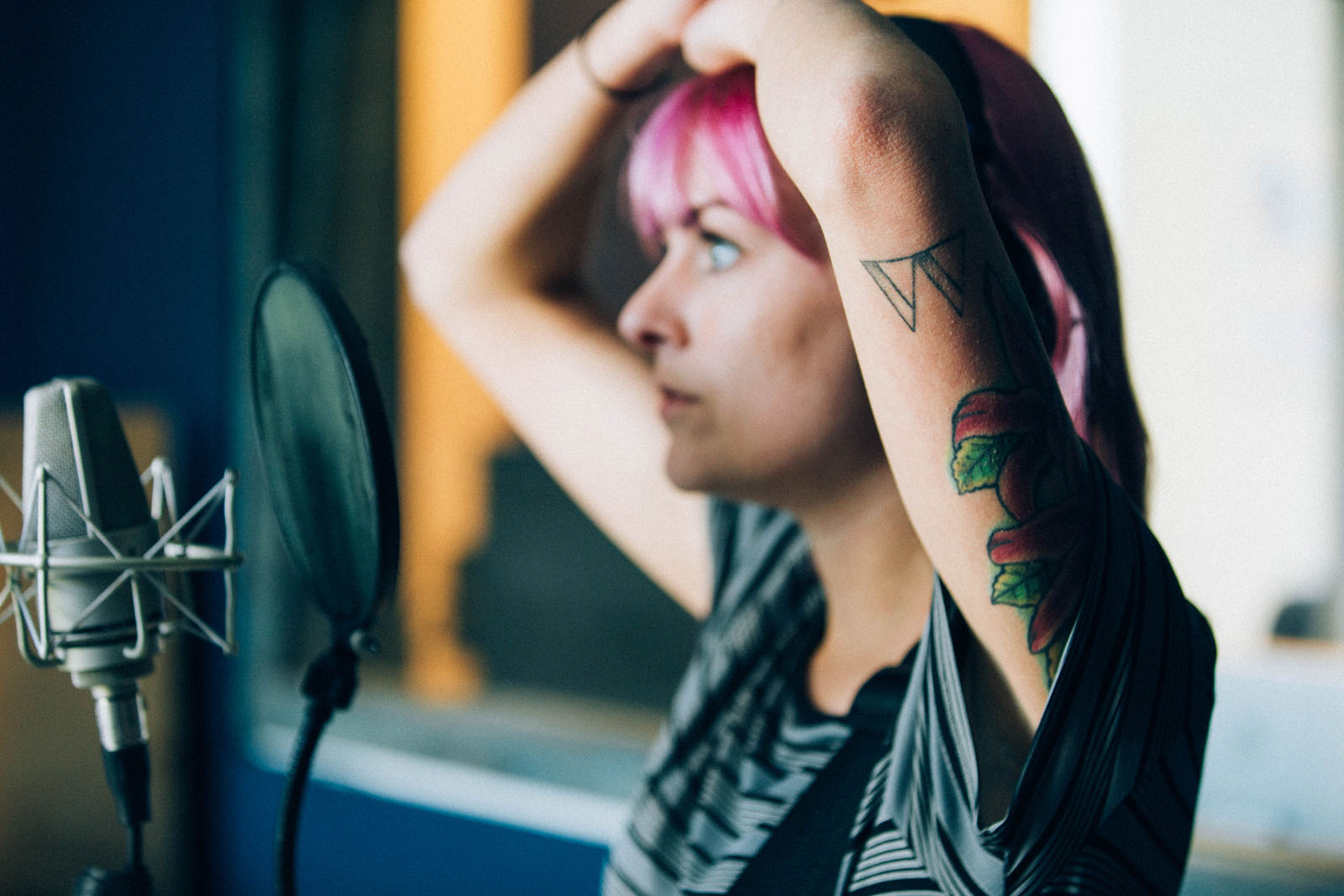 Ohio-based Jetty Bones is a solo project with a full band mentality, fronted by the yellow-haired firecracker that is Kelc Galluzzo. With the help of her core group of friends—including Tiny Moving Parts’ Dylan Mattheisen, the pop-folk project put out Old Women, a five song debut EP on October 6 via Take This To Heart Records.

Old Women takes you on a journey of growth and development of human connection as one girl tries to connect to others in a more genuine manner. “Written as a means of coping through introspective experiences, this record is really about finding the balance between independence and vulnerability. I’m sharing these songs to encourage the humbling process it takes to really get close to other people, something I’ve struggled with since my teen years,” Galluzzo stated.

The opening track, “Clear Honey” has you instantly falling head-over-heels for Galluzzo’s high-energy vocals. Her voice is pure and sweet like honey, making the title appropriate. Bringing a distinctive combination of liveliness and sass, Galluzzo is reminiscent of Paramore’s Hayley Williams—perhaps we can expect a tour in the (hopefully near) future?

“Innocent Party” is the anthem for anyone who’s ever felt like they aren’t being heard or acknowledged for who they truly are. Once again, Jetty Bones perfectly nails their new and exciting pop meets twang approach to music, with a hint of good ol’ rock. If there was ever a song to have stuck in your head, this is the one; the lyricism is desperate and distraught, but the delivery let’s you know it’s going to be okay.

It only took one listen-through to know that “No Lover” was the most favorable track (I am 100% guilty of jumping around my room while fervently singing, “I don’t need a lover, I don’t need a lover”). The third song off the EP is the musical equivalent to the sticky note on your mirror reminding you that you’re more than the love you have or don’t have in your life.

In “Morning Clothes,” the progressive instrumentals prove to be the most prominent, reminiscent of Pleasant Living-era Tiny Moving Parts, which comes as no surprise since the next and final song features the vocals of Dylan Mattheisen. “Spokes” is another top track for me—the effortless flow between Galluzzo and Mattheisen is nothing short of extraordinary, making this the perfect ending to a perfect EP.

If Paramore and Tiny Moving Parts had a child, it would be named Jetty Bones. The project is exactly what music needs, existing to push people to be their best selves and rise over everyday calamities. Kelc Galluzzo’s voice transcends time—I don’t doubt that she’ll soon be a household name.

If you’re a fan of The Wonder Years, you may have seen Jetty Bones open on their Burst and Decay acoustic tour, alongside The Obsessive and Laura Stevenson.

You can get physical copies or digital downloads of Old Women here, or stream it on Spotify and Apple Music!

What’s your favorite song off of Jetty Bones’ debut EP? Leave a comment or tweet us @Soundigest!