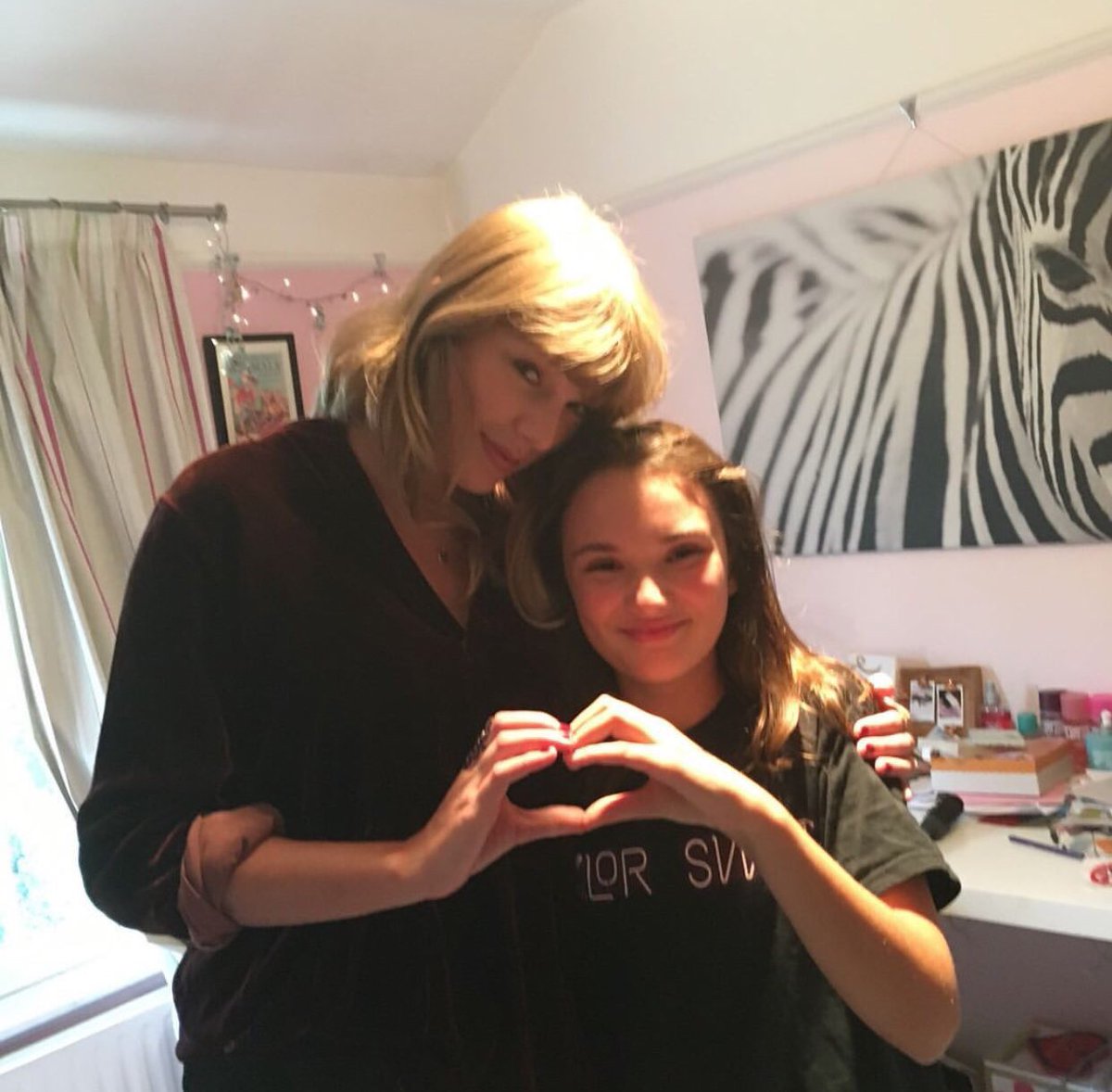 Last week, Taylor Swift surprised a super fan in her own home in England.  Swift has a history of “stalking” her fans online and surprising them with gifts, visits, and/or invitations to her “secret sessions,” where she invites a group of lucky fans into her home and previews her upcoming album for them, and then meets them afterwards!

Lara was discovered by Swift on Instagram.  Recently, Swift has been popping into her fans’ Instagram livestreams as an observer, watching them and leaving comments. This is how Swift discovered Lara.  Later, a Swift fan account direct messaged Lara and told her that Swift wanted to send her a package (Swift previously sent dozens of packages to fans’ homes and has personally hand-delivered a couple of them as well).  Lara gave the account her address and she received the surprise of her life when Swift herself showed up to deliver it.

Swift didn’t stop there, though! She also hosted her first “Secret Sessions” for her upcoming album, reputation.  Dozens of super fans were selected by Swift herself from Tumblr and other social media outlets and were invited to her home in London. They each got to hear the entire reputation album in full and meet Swift afterwards.  To top it off, they got to take professional meet & greet photos with Tay and received their very own reputation themed goodie bags!  Fans were quick to note that the keychain was monogrammed with “London,” indicating that Swift will more than likely have more “Secret Sessions” in multiple cities around the world, which is exactly what she did for  her previous album, 1989.

reputation is less than a month away and Swift has just begun gearing up for its release with surprise fan visits and “Secret Sessions.”  We can’t wait to see how many more sessions she hosts and how many more surprises she has in store for her fans.