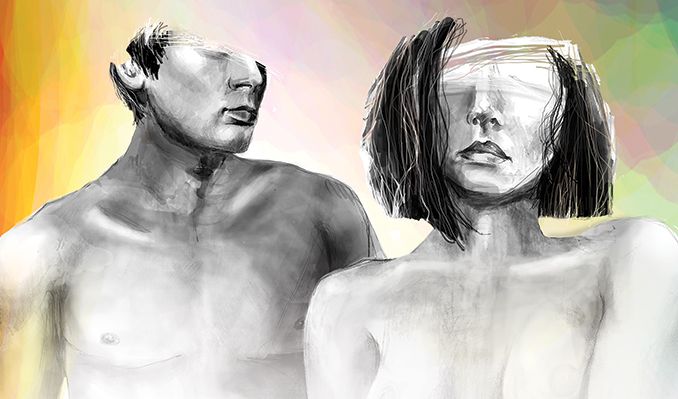 The Front Bottoms released their sixth full-length album on Friday October 13 via Fueled by Ramen. Going Grey, while utterly different than what fans are used to, is in imperfectly perfect Front Bottoms fashion. With Brian Sella’s vocals being distinctive as ever and their iconic pairing of melancholy lyrical phrasing and an upbeat delivery, this is just a more polished and untried record than usual.

Bands progress. Being signed to one of the biggest record labels in alternative music (Fall Out Boy, All Time Low, Paramore, etc.) is going to modify their sound. The Jersey-based folk-punk band isn’t making garage recordings anymore. People were curious how TFB would follow up their major label debut, Back on Top, considering that was more of a flop than anything, but Going Grey is the musical evolution they needed.

At first listen, like many people, I wasn’t sure how to feel about Going Grey, but it grew on me. TFB are truly sticking to their guns.

Standout track “Grand Finale” is a darker, introspective moment on the album, while “Don’t Fill Up on Chips” is reminiscent of their self-titled record in the verses, with plucky timing and quirky instrumentals. The first single off the record, “Raining,” is a raw depiction of the faces we put on for those around us, with instrumentals leaning to more indie than anything, and “Everyone but You” would’ve been the official song of Summer 2017 if the release date were sooner, with it’s early 2000s synth-y sound.

While their DIY aesthetic we all grew to know and love may be gone, The Front Bottoms have transition to the majors with integrity.

The heavily pop-oriented approach for the indie-punk band just didn’t quite hit the mark, while they adjusted to their switch to Fueled By Ramen. This record shouldn’t be ruled out entirely, though, as it did feature some hits like the official recording of fan-favorite, “The Plan (Fuck Jobs)” and “Laugh Till I Cry.”

While this wasn’t by any means a bad album, it was still slightly underwhelming compared to previous releases. On the other hand, it’s the perfect album to help broaden their fan base with its mainstream approach to OG Front Bottoms.

Potentially their most popular LP due to tracks like “Twin Size Mattress” and “Peach,” their most recognizable songs, Talon of the Hawk was a high-school anthem for many. Filled with so much twang and angst that even 15 years down the line, you’ll find yourself belting out lyrics like “’Cause I was young, I thought I didn’t have to care about anything, but I’m older now and know that I should.”

Home of the original version of “Flying Model Rockets” that can be found on the Rose EP, this is a stellar record in all it’s lo-fi glory. The self-released albums are often overlooked since they’re not available for purchase or streaming, but they’re something everyone who considers them a Front Bottoms fan should definitely check out.

Along with Talon of the Hawk, this album is the most influential piece of their discography. There’s a 90% chance that if someone’s favorite song isn’t “Twin Size Mattress,” it can be found on The Front Bottoms, whether it be “The Beers,” “Maps,” or “Rhode Island.” Overall a flawlessly flawed collection of songs.

Finally, in first place, we have their debut full-length: I Hate My Friends. The album is definitely not suited for an audiophile due to its lo-fi recording, but the sound is too raw to ignore. Similar to their other independent release, three songs off of Rose originated from here: “Lipstick Covered Magnet,” “Be Nice To Me,” and perhaps one of the most beloved songs off of Rose, “Twelve Feet Deep.”

Do you agree with our ranking? Let us know in the comments or tweet us @soundigest!