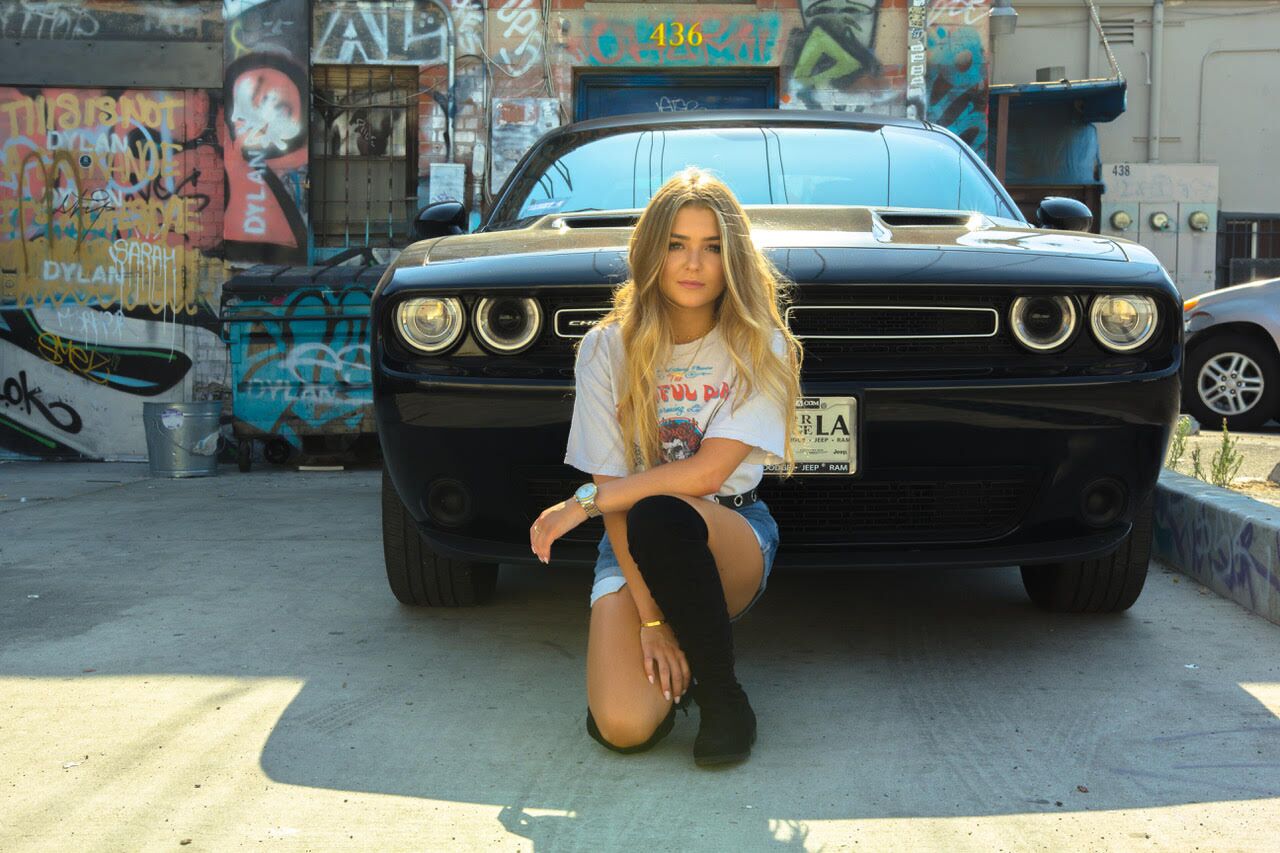 Gabi Sklar may be a freshman student at the University of Miami, but she’s also an up-and-coming pop sensation. Although she’s so young, she’s worked with producers and coaches who have worked acts such as Lady Gaga, Gwen Stefani, One Direction and Jason Derulo. She recently released her latest single, “Liberteens,” a millennial anthem about growing up. Just the other day, I got to catch up with Gabi in New York during her press tour and we chatted for a bit. I even got a sneak peak of her upcoming video for the new single! Check it out!

So ‘Liberteens’ has some super cool and edgy lyrics, and your voice is so mature for your age! The video is definitely my favorite part of it all. Where did you get your inspiration for the song and video?

The song was inspired by everything that happened to me in high school. Kind of every party, every friendship, every relationship. It’s really meant for people of all ages to think back to a time when they were 16 or when they were going through their teenage years and all of their mistakes, reckless decisions; kind of before they transitioned to adulthood.

When did you first realize that music was your passion and that you wanted to move forward with it as a career, rather than just a hobby?

I think that turning point happened when I was 14. I decided I wanted to take it seriously and that’s when I signed to my management and started cowriting and working with people, going to meetings.

So speaking of all of those people, you’ve worked with some big time producers. Some of them have worked with One Direction, Rihanna and Gwen Stefani. How did that all happen?

So I kind of started working with people when I was sending out demos when I first began this whole journey. People were just writing back, saying like “yeah, I’ll work with her! I’ll work with her! Cool, cool, cool.” And then from there, it was kind of just like progressing and I kept meeting new people and they liked my music. They were like, “let’s make more music!” And that’s kind of how it happened!

Although you’re still a teenager, your first tour was ten days in China. How did that all happen? What was that experience like?

So I was contacted by a music school (iSchool of Music & Art) I went to as a kid. I haven’t been there since I was like ten. They reached out to me saying they wanted to go on tour in China and that’s what we did! It was a crazy experience, we performed classic rock songs and went to clubs and schools. It was really fun!

You’re currently a freshman at University of Miami. Is it hard juggling a music career while being a full-time student?

Yeah, I think it’s extremely difficult, but I’ve managed to make it work. I mean, music is what I want to do! It always gets priority. I’m studying music so it’s cool that it overlaps and my college experiences goes towards my music, and my music experiences goes towards college. When I was 14 I started high school and started taking music seriously. So now being a freshman and starting to release music, it’s kind of cool to see that transition.

What’s up next for you and your music?

So I released “Liberteens” on Friday, the audio. And then next week, hopefully, the video! I hope to follow that with a few singles and ultimately an EP and an album. Still in the works!