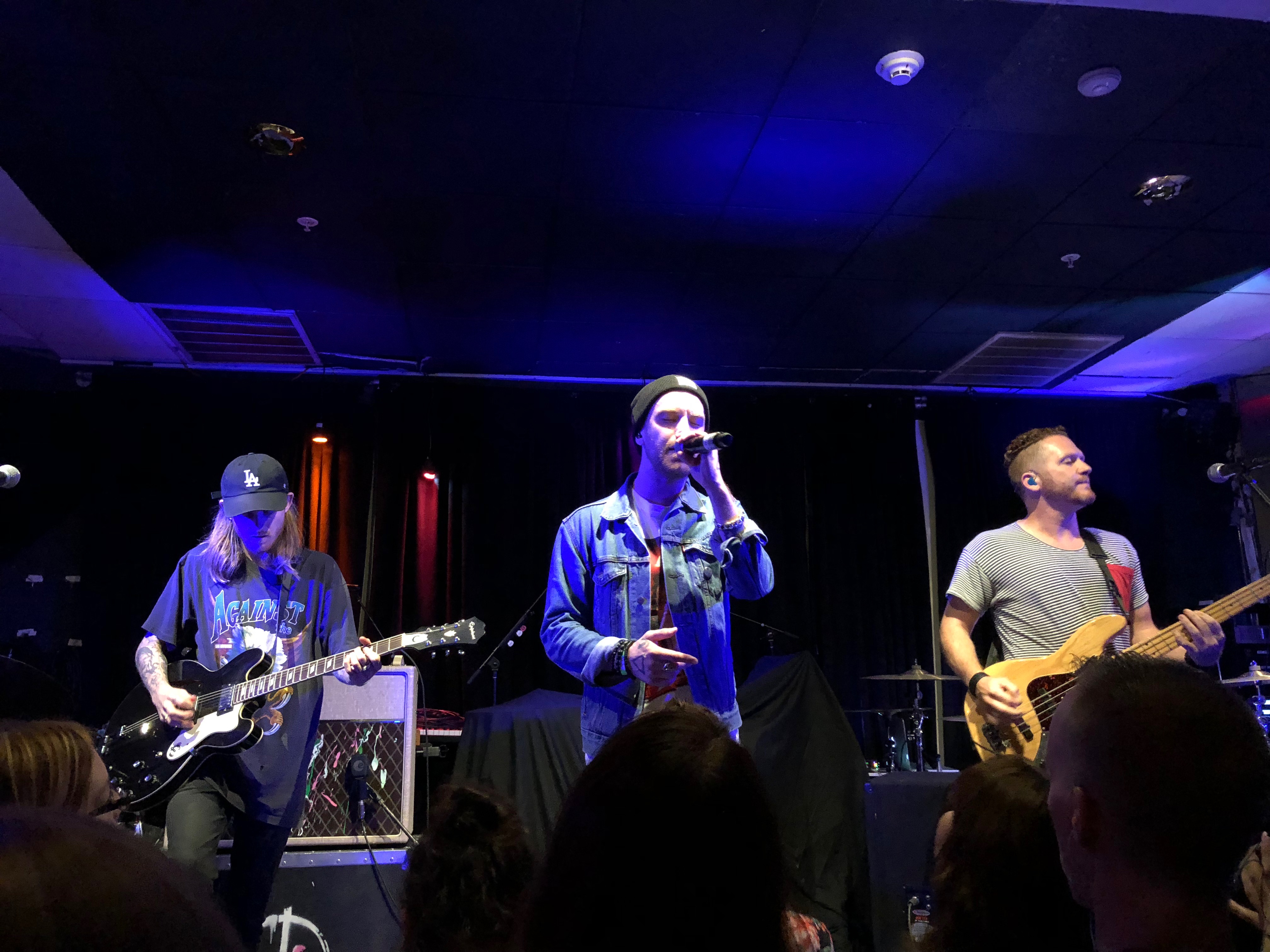 Half the Animal, a relatively fresh alternative rock group, kicked off the Boston stop of Atlas Genius’ #63DAYSOFLOVE tour last Saturday night. ONCE Ballroom in Somerville began to fill up as the Los Angeles-based four-piece took the stage. Sporting a graphic David Bowie tee and light jean jacket, Chase Johnson juxtaposed his laid-back look with strong vocals that immediately drew everyone’s ears in. By the second song of the night, the crowd already had an infectious need to dance and jump around. With Half the Animal’s catchy rock-goes-pop sound, it’s impossible not to wave your hands above your head to the beat.

The audience erupted into cheers when Johnson let out a “We love Boston. We Love Somerville. We love all of Massachusetts,” before breaking out into their hit song, “Babylon.” Despite being a brand new band to most faces in the room, everyone quickly caught on and sang along to the passionate chorus. As the night went on, the band performed some more of their popular tracks such as, “If You Want My Love,” and their newest single, “Bad Bad Love.” The highlight of the set was when they covered Childish Gambino‘s “Redbone.” The extremely recognizable song resonated with the entire audience and strongly showcased Johnson’s extreme, yet impressive vocal range.

After their last song was over, the band stayed on stage to help break apart their set. The Killers’ “Mr. Brightside” played over the speaker while some of the members fooled around with the audience and belted out the iconic tune. There aren’t usually many opening bands that grab my attention, however, Half the Animal definitely did. They are absolutely on the rise in the alternative world. Be sure to stay on the lookout for more from this fun-spirited, and super talented group!