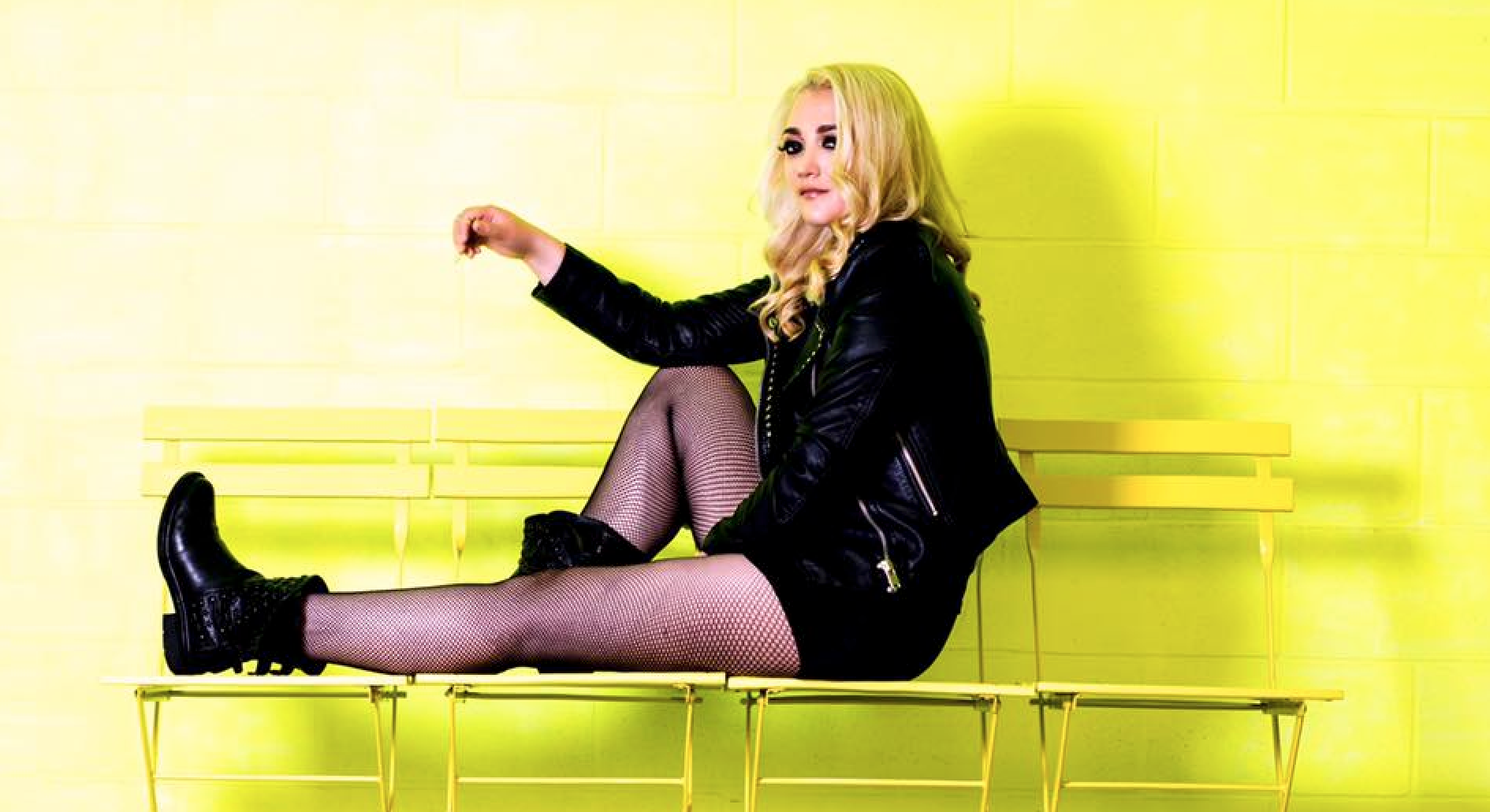 Soundigest recently had the opportunity to interview rising pop star, K-Bust.  We chatted with her about her new single, “Over,” its accompanying videos, her upcoming album, Fearless, and much, much more! Check out our interview HERE:

You just released your new song “Over.” Is the song based on your personal experience with heartbreak, or is it a universal theme?

I would say it’s a little bit of both. I think everybody has gone through a heartbreak at least once in their life. I assume it’s a universal theme everybody can relate to. Personally, I’ve been there too, in that situation of dealing with somebody else’s feelings and decisions that change and affect our own lives. Even though it’s a tough and hurtful experience to go through, it didn’t kill me, so I can definitely say it’s made me stronger.

What inspired you to name your upcoming album, Fearless?

I’ve been through some big changes and personal growth in my life lately. I had a moment of truth and I decided that I wanted to break free from my fears and everything that was holding me back for so long, from pursuing my dreams, and more importantly, from daring to be myself and show the world what I am made of.

You also just released the lyric video for “Over,” which primarily features you standing against a wall while the lyrics appear in front of you. What inspired this concept?

We thought about portraying the lyrics in a way that looks like a letter I’ve handwritten myself, with me against the wall to project the sadness the lyrics talk about.  The inspiration for the concept came from watching other videos using this style of lyrics; I think Rory Kramer was the pioneer of it.

Who would you say are the artists that have influenced you the most over the course of your budding music career?

That’s a really tough question to answer, since I have so many and different artists in mind. In terms of musical style I’d go with David Bowie, and of the stage presence, the queen of Pop, Madonna.

When you write a song, do you find that the lyrics generally come first, or the melody? Or is it a mixture of both?

I usually start by a chord progression that sounds harmonious to my ear, which suits my mood as well and inspires me to write about what it makes me feel; it could be anything, a memory or a feeling. Usually once I get an idea, I continue to write both at the same time, the melody and the lyrics, so everything falls into place from the beginning.

How do the songs on Fearless differ from the ones on Urban Stories?

They differ a lot from my previous album. Sonically and lyrically speaking, the songs on Fearless are bolder and more mature; I’m just daring to be myself. I feel they reflect better my personality that has so many edges and that is so diverse. I could be very dark and melancholic as well as audacious and sexual. And they have that electronic ingredient (synths and drums) that wasn’t 100% there on Urban Stories. Besides, on Fearless, every song is the outcome of a collaboration with my music producer, unlike Urban Stories, which was written almost entirely by me.

What are some of your favorite things about working and living in Montreal?

I love the fact that it’s a very diverse city in many aspects. There are people from everywhere, and culturally speaking, it has a lot to offer– music events, art in general, great food and its landscape is also very inspiring to me. It’s a very active city, plus I love the fact that we speak French, the language of love, as many people say.

Do you have any upcoming shows that your fans can keep an eye out for?

We’re currently working on that part. I’m eager to hit the stage anytime soon. It’s one of the reasons why I make music, so I can share that awesome experience with the audience, but right now we’re mainly focusing on pushing my first single so that more people can know about it. But they could definitely keep an eye on my website to track any upcoming date.

Do you have another single release planned before the release of Fearless in March of 2018?

Yes, of course! “Over” is just the first chapter of the whole story. There are at least four other singles to be released until the big day. But my fans and everybody who dig electro-pop music can pre-order it exclusively on Pledge Music.

Anything else you want to add that we haven’t touched on?

First of all, I’d like to thank you for this awesome opportunity to share my new musical journey with the world. I’m very excited about it. As well, I’d like to mention that I have a music video for my single “Over” on my YouTube channel. My team and I have been working non-stop on a brand new visual concept, which I hope everybody will enjoy.

Check out K-Bust’s video for “Over” HERE: