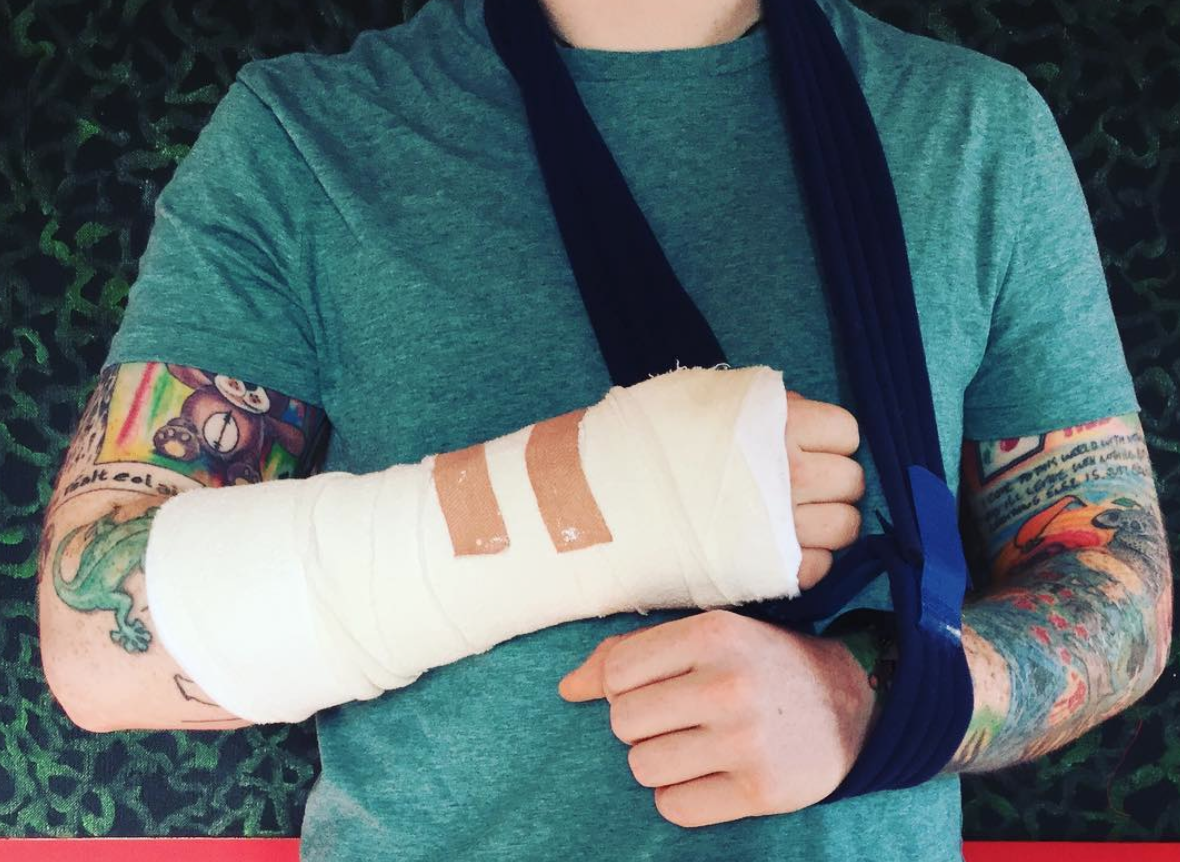 After injuring his right wrist and left elbow due to a bicycle incident in London, Ed Sheeran is caught in tough situation. The singer-songwriter broke the news over Instagram, posting a picture of his arm in a cast with the caption, “I’ve had a bit of a bicycle accident and I’m currently waiting on some medical advice, which may affect some of my upcoming shows. Please stay tuned for further news.” This left many fans worried and wondering how this unfortunate injury would impact his tour and career.

A doctor’s visit and an Instagram post later, Ed had to announce the devastating news of having to cancel five shows from the Asian leg of his Divide tour- Taipei, Osaka, Seoul, Tokyo, and Hong Kong. On this Instagram post, Ed confirms that his injuries will leave him, “unable to perform live concerts for the immediate future,” and that he is, “waiting to see how the healing progresses before we have to decide on shows beyond that.”

Ed is like a one man band when he performs live in concert, making all of the music himself with just his loop pedal and guitar. Since Ed’s right arm is the one in the cast, it prevails the sad truth that, for the time being, it is nearly impossible for him to play his guitar. Cancelling these shows is sad, but it makes sense. This is the first time Ed has ever had to cancel a show, but he can’t risk playing guitar for the time being. Playing guitar can only worsen the injury and lead to him never playing guitar again, which no one wants to have happen.

As Ed’s career seems to only ever be skyrocketing in an upward fashion, it is now time to wait and see what the future will hold for him. Hopefully, all of his injuries heal as quick as possible so he could get back on the road. Only time will tell how quick his recovery will be, but fans are hopeful and eager that he will be better in no time. A lot has been happening in the world of Ed Sheeran, as he just announced his 2018 stadium tour, and this is merely just a bump in the road as of now.