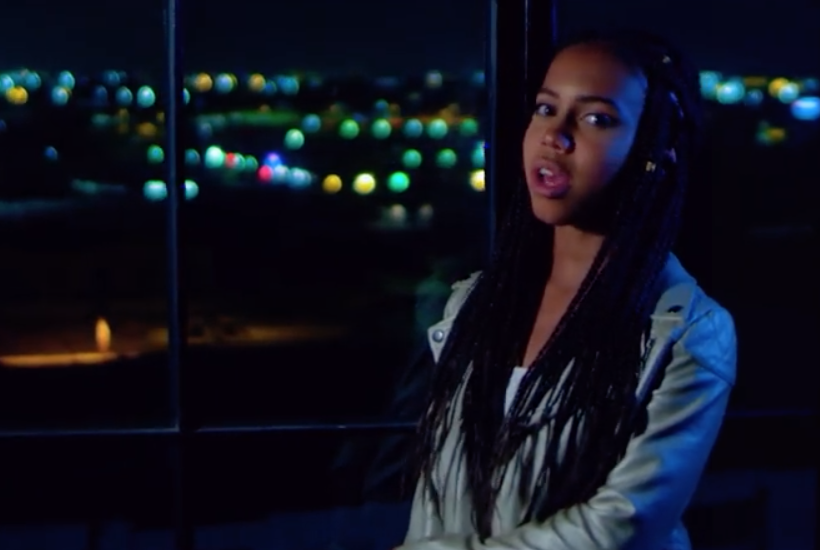 Asia Monet is only 12-years-old, but she’s already built herself a career as a dancer, actress and singer. We recently had the opportunity to talk with Asia about what inspires her and how she stays so grounded. Check it out:

Hey Asia! We’re really excited to be chatting with you today, so thanks for taking the time! You’ve achieved a lot at such a young age. How did you know you wanted to be a dancer?

At a very young age I was just drawn to dance and just loved to sit and watch others dance. It was something that was really exciting to me. I was always fascinated by different styles. I guess when I was younger, it was a way I could express myself, and being two-years-old when I started, I was most likely getting all my crazy energy out!

You’ve had quite a bit of experience in acting as well. You’ve made an appearance on Grey’s Anatomy and played Sydney Simpson in The People v. O.J Simpson: American Crime Story. Was acting something you’ve always been interested in doing, or did your success as a dancer contribute to that?

I’ve always been interested in so many areas in the industry that acting was something I was also drawn to and was a great challenge for me, which I love. I’m excited to learn more and more about the craft every chance I get. I’m very grateful for the roles that I have been blessed with and I hope there is more to come!

What kind of roles do you really want to play in the future?

I tend to love drama. The roles for me so far have been drama, so maybe that’s way I love those types of roles. I think it’s because it’s the opposite of myself. Some would assume I would play more fun, comedy roles.

So, we know you can dance and you can act. But, you also have an amazing voice. You have your own YouTube channel where you’ve posted some really impressive covers, like Katy Perry’s “Rise.” How did singing come into the picture for you?

As far as singing, I’ve always loved music, and I think that’s where dance came in at an early age. I would hear music then I would want to dance then I would want to sing.  It kind of all went together, but I wasn’t able to really pursue singing until eight or nine years old because dance was at the top of the list with the dance shows and stuff. Now, for the last few years I’ve been able to put in the time and pursue all three, and I love them all.

You recently released your original single “Come Along.” It has an upbeat feeling to it and carries a message I think the world really needs to hear right now. What were your intentions with this song?

Yes, thank you. I had in my head how I felt this song should be and how I wanted people to feel. I had the great opportunity to work with a great writer.  She really understood what I wanted and my message. I wanted everyone to listen to ”Come Along” and be inspired and want to get up and be involved, give back, be kind, do something big or small to make a difference for the positive.  There’s so much we can do every day that could empower one another.

The creative process behind ”Come Along” started with a thought written down in my notebook that concerned me. I wanted to express myself through this song, and have a great beat people would want to get up and move to as well. And then an Ahhhmazing writing session!

The music video for “Come Along” is also out on your YouTube channel now. What was filming that like?

Yes, my music video is on my YouTube channel and I’m so grateful for all the positive feedback on this song. The music video filming is always a really long day but so worth it. Filming music videos is probably one of my favorite things. With this video, I was able to dance with my friends who are crazy talented and also working with Anthony Burrell again is always a plus.  The scenes in the street were a little scary because we had to be aware of cars at all times, but everything worked out and I’m very happy with how it looks.

What do you think has been the coolest experience you’ve had so far in your career?

Yikes, this is always so hard for me to answer. Literally, I have been blessed with many opportunities that are amazing to me and I’m so grateful for.  I can say that the coolest was performing at the Staples Center and looking all around the arena at all the people there. This was the best feeling ever and I didn’t want it to end.

Who are some people that have influenced you?

Strong women have always influenced me and inspired me to believe and work hard for my dreams and goals. Beyoncé, Viola Davis and Misty Copland. These women always come to mind when I doubt myself.

We talked about how much success you’ve seen at such a young age earlier, but at the end of the day, you’re still just a kid. How do you keep yourself grounded?

I would have to say I owe it to my family! They keep me in check. They have always instilled balance and what’s important in life. Being a good person, not taking things for granted and working hard are very important. They’ve encouraged me to also have the time to be a kid and do fun things to get me away from my crazy schedule, which is really important. We call it “down time.”

I have a feeling we’re going to see a lot of amazing things from you from here on out. What should we keep our eyes out for?

Thank you. I hope so too. I’m still in the studio working on more music, which I can’t wait to share. I will be performing ”Come Along” live with a few more appearances and crossing my fingers on some new roles.