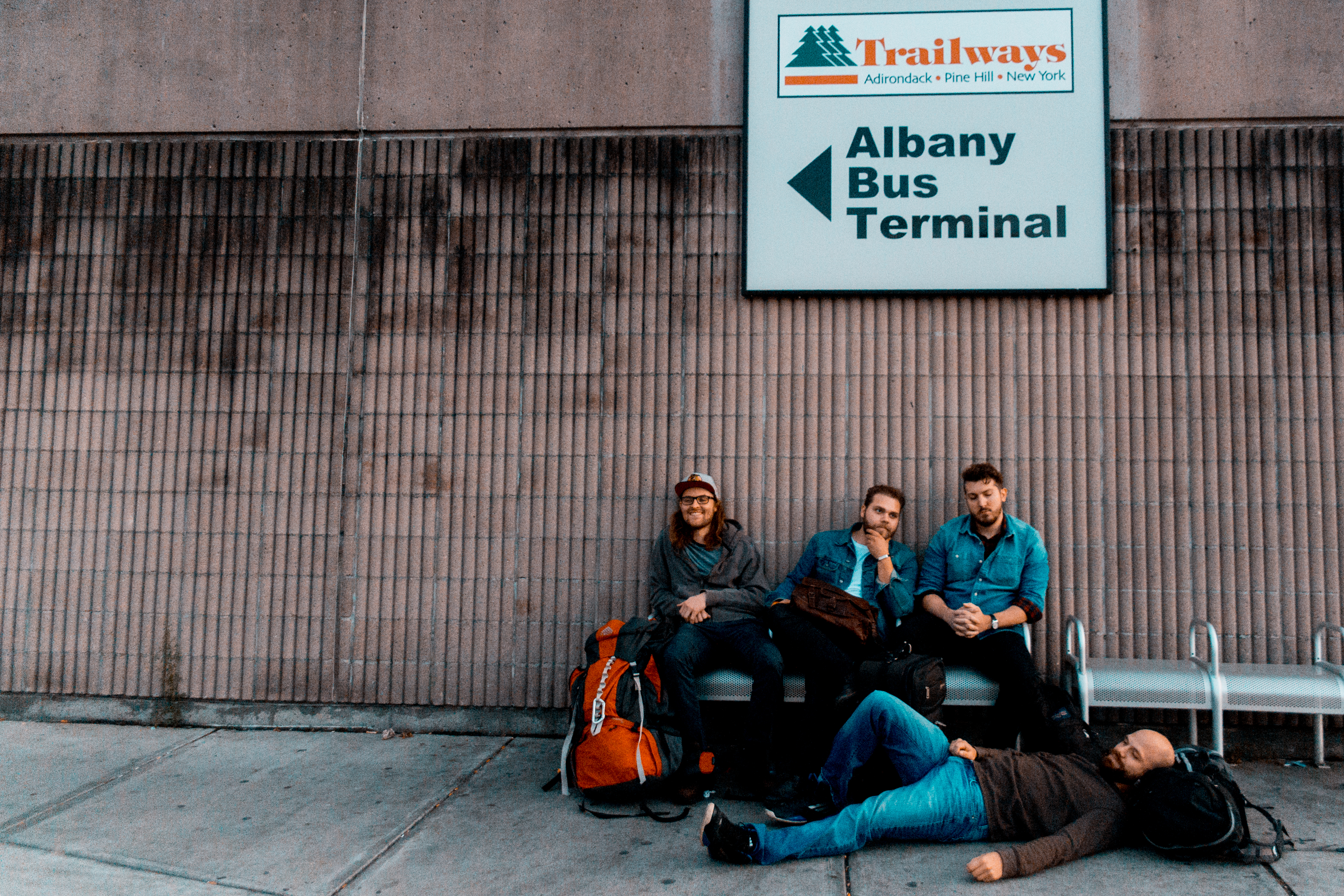 The year may almost be over, but don’t worry, we have another potential album to add to your AOTY lists! American Runaways, from Albany, are exclusively streaming their EP, Home For A Week, with us right ahead of their release, next Friday, November 3.

Previous to being in American Runaways, Ryan DeMarco (Vocals/Guitar) and Mike Jaycox (Guitar/Vocals) were in a few other bands but nothing really stuck for them. During winter 2016, they decided to try to start a more “serious” band. When asked about forming the band, Jaycox said, “We’d been in bands before and have always been in the mindset of trying to take things for real and get on the road and cut a bunch of records, but the pieces didn’t line up ’til now.” Soon enough, they were auditioning other members and found Neal Makela (Bass) and Jason Van Pelt (Drums) on Craigslist!

Since then, they teamed up with Gary Cioni, who has worked artists such as Sorority Noise, Free Throw and Grayscale, to record and produce their debut EP. They teamed up with Cioni after he heard their demo online and eventually started recording together this past April. “He really opened our eyes and brought the best out in us.”

This record is a step forward into the future for them, as it’s about letting go of the past and embracing what’s next in life. “We felt like Home For A Week was the best name for this record because that’s how we all feel about life right now. Life is hectic when you’re in your mid-twenties and we all haven’t really found where we belong, but when we were in the studio it felt like home.,” said DeMarco.

Last week we premiered the music video for “Days Passed,” the first single off of their EP; but this week, we’re here with the full EP! Check out the stream below:

Like what you hear and you’re in New York? American Runaways will be playing some shows in November.

11/11 – Albany, NY at The Fuzebox
11/13 – Oneonta, NY at SUNY Oneonta with Movements and Save Face
11/17 – Oakdale, NY at Shakers Pub for SIU Presents: A Benefit for Puerto Rico
11/19 – Brooklyn, NY at The Kingsland with Born Without Bones and Super American