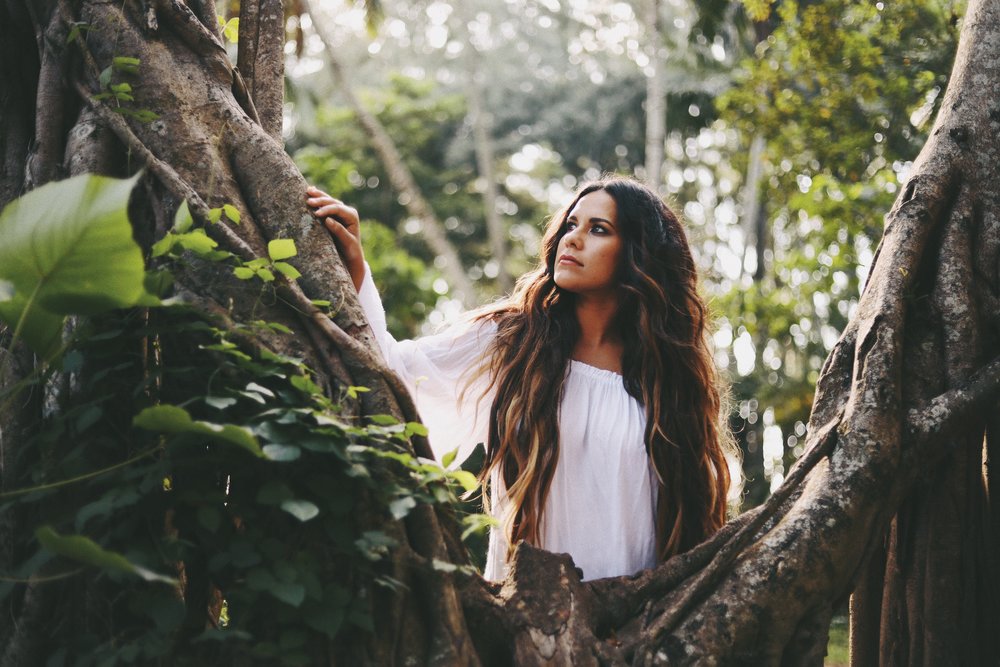 Hawaiian singer-songwriter Kimie Miner recently released her new album Proud as the Sun and it’s as upbeat and uplifting as you would imagine. We recently got the chance to talk with Kimie more about this new and empowering era in her life and career. Take a look!

You grew up in Hawaii, which is a different reality from what so many of us live. Would you say that has had an influence on the music you create?

Yes of course! My music represents me– a Hawaiian woman with a deep love for her island home, for its places and people, but also a woman who longs to see the world, to seek out other cultures and their stories. I am a contemporary Hawaiian and my music is a beautiful reflection of that. I look to my past and upbringing to guide me while I navigate through today’s music world. On this new album, I incorporate Hawaiian language and implements into a contemporary style, one that I feel can be relatable no matter where you’re from.

Listening to your music, I can’t help but to feel uplifted. It just seems like you really want to bring out the best in your listeners. Is that what you hope to achieve with your music?

I want to bring out the best in myself, because I create music for myself first. Being able to share it with others and uplift them is a bonus!

It also sounds like you’ve gone through a very personal journey from when you first started releasing music up to now. Could you tell us more about that?

I’ve really learned to embrace my true authentic self and the art I create now. I was navigating this tough music industry as a young independent artist and businesswoman for a long time and had to learn a lot of lessons. But now I hope to help young up-and-coming artists here in Hawaii through my new company Haku Collective.

I really love your new single, “Bamboo.” It seems like it’s the beginning of a new era for you. What did the creative process behind this song look like?

Thanks! The song began with the hook “bam bam boo.” I was driving home and got this melody and lyric stuck in my head. A few months later I collaborated with Jesse Epstein and Izik on the rest of the song, which was based on my experience with falling in love with the same person twice. We went our separate ways and came back together years later. I believe that when we allow ourselves to grow out on our own and set our own roots, we can make our relationships so much stronger. Self love comes first.

You’ve also just released your new album Proud as the Sun. Is the approach for this one different from other projects you’ve worked on?

It marks a new chapter in my life and career. I’m older now, more comfortable in my own skin. The theme of this album is the strength of women, the beauty found in femininity and motherhood.

Also, there is a vein that runs through the whole project – the theme of air, a bird’s eye view of everything, the idea of a new and broader perspective, growth, becoming more independent. My previous albums were themed around water (journeying, traveling) and land (reconnecting with my home).

All of the artwork (and my outfits) for this next album are predominantly white, representing a new beginning, a slate wiped clean, a blank canvas waiting to be written upon. We introduced color into my latest video Proud as the Sun, along with my announcement at the end, that I am pregnant. I believe my baby will bring new color into my life, a vivid spectrum I have never seen before.

Who were some of your musical influences growing up?

Israel Kamakawiwo’ole, Stevie Wonder, Whitney Houston, and Bette Midler! I loved that movie Beaches and all the music in it growing up. Plus she’s from Hawaii.

Ultimately, what are your goals for yourself? What do you want to see come out of your career?

I just want to be happy and music is so fulfilling for me. Being able to mentor up-and-coming artists, especially those here in Hawaii is a big goal of mine. I hope to help continue the legacy of music here in Hawaii and help to share it with the rest of the world.

Can we expect to see you touring soon?

Yes! I’ll be in California in December for some shows! Find out all the details on www.kimieminer.com