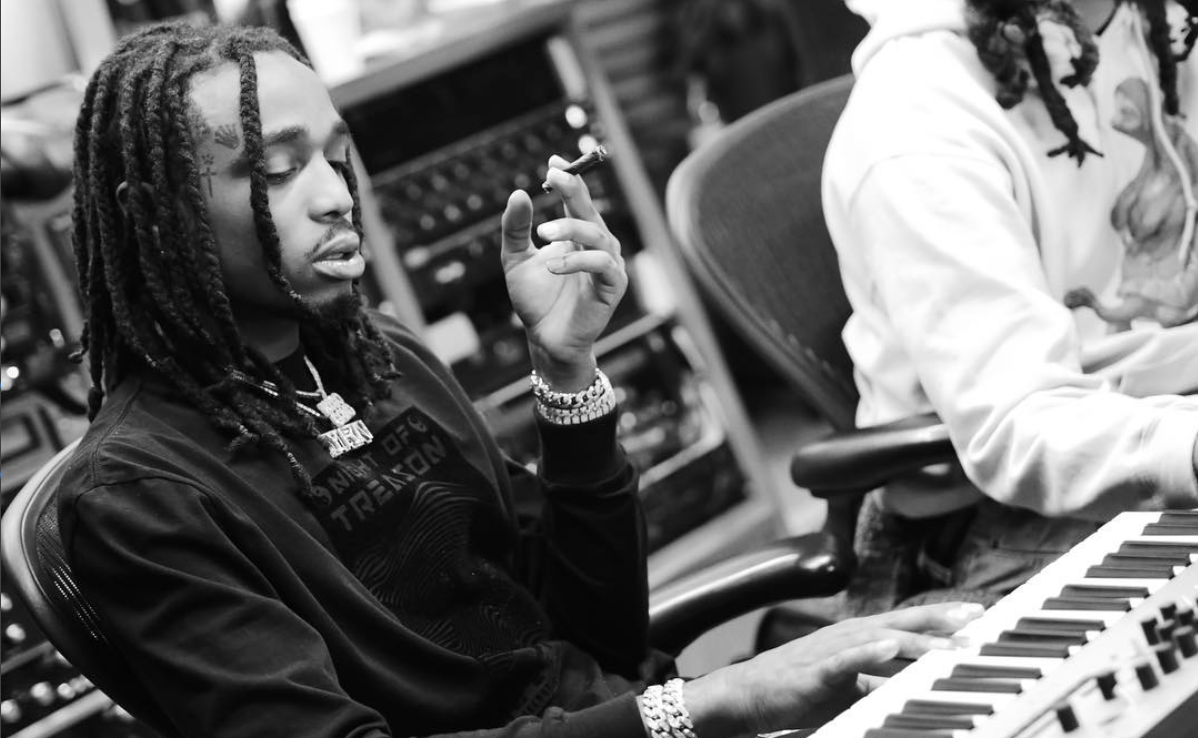 After dropping one of the most wildly successful albums of 2017, Georgia rap group, Migos is already working on a follow up. Culture is one of 2017’s few platinum albums and Migos is capitalizing on their success with their upcoming album, Culture II. With expectations high, Migos are already surpassing the bar set for the album. Quavo, debatably the most iconic rapper within the group, has fans already clamoring for Culture II thanks to an Instagram video.

The video is silent, but it is obvious that an unreleased song is playing in the background. You can tell there is a song playing because the phone is panning around the room following Quavo and Childish Gambino can be seen vibing to the track while nodding his head. Lil Yachty is also seen in the video but it appears that he is taking a nap. I assume he is resting after a hard day’s work in the studio.

As if having two of some of the biggest rappers on a Migos track wasn’t a big deal already, Chance the Rapper appears in the Instagram video as well. He appeared in another video on Quavo’s Instagram, but nonetheless, it is always exciting to see the Grammy winner in the same room with likes of Childish Gambino and Lil Yachty. Migos already has one single “MotorSport”, featuring Cardi B and Nicki Minaj, which was released only a few days ago. “MotorSport” is a fantastic song, but if this track with Childish Gambino, Lil Yachty, and Chance the Rappper is ever released, it has the potential to be one of the biggest tracks of Migos, if not, Quavo’s career.

Chance the Rapper, Lil Yachty, and Childish Gambino join Kanye West as a part of the list of big names used for promotion of Culture II. In an interview with MONTREALITY, Quavo said that Culture II is a masterpiece. After all this hype surrounding the upcoming album, I believe him.