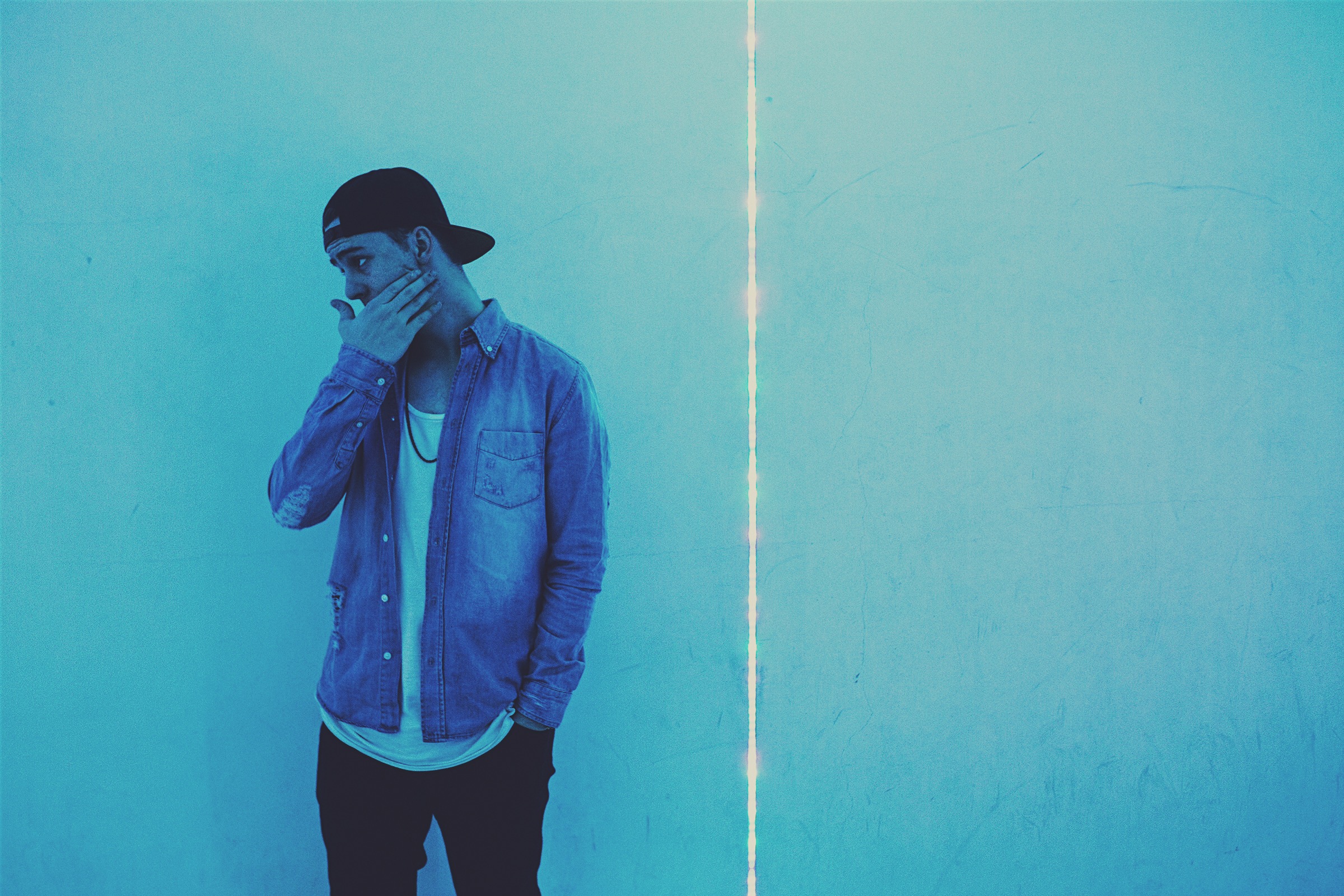 Reigning from Southern California, TRACES reached new heights as a songwriter and performer with his debut EP Heart Of Gold. The collection of songs is a journey of self discovery, coupled with pop music influences all over the board, ranging from R&B grooves to indie pop melodies. Soundigest got the chance to ask TRACES a few questions about his songwriting process for himself and others, the impact of Heart Of Gold, and how his musical style develops as a young artist.

How has the writing and recording of the Heart Of Gold EP affected you as an artist and person?

This whole project was a means to comprehend and speak to who I was during my first year and a half out in LA. I’m sure all of us by now have heard artists talk about how music is that which words cannot express and that was true for this project as well. I had all these deep-rooted thoughts and questions that I could not find nor understand and so I just started writing. I think it helped me work through a lot of inner conflict but also opened up a lot more questions and frustrations to get lost in.

Which track of the EP was the most difficult to complete and why?

“Black Cadillac pt. I” took a long time to finish, mainly due to getting solid lyrics and a chorus part that was strong enough to convey the frustration and conflict that I felt, and taking the time for David Sebastian and JSPH to add their touch to the track was important. From the first day we wrote it I knew it was special and could really be something great.

What have been some major differences in your musical results when writing for yourself and for others?

Love this question. Like I previously said, I can get little trapped in my thoughts which stems from wanting to be very self aware, but the writing process is one thing I have never been able to fully understand. My manager a couple of weeks ago was joking about how I have a “Binary Mind” when I go into sessions, meaning if I’m going in thinking it’s going to be a TRACES song, it is going to have different features than if I go in writing for Pop or another artist. Sessions focused on my stuff tend to be looser with melody, meaning lyrics and the soundscape take priority. I am also more open to taking a long time tinkering with production and such.

With writing for other people it’s about their vision, what can they say that no one else on Earth can. What is the tone that sets them apart from everyone else? I haven’t quite figured out the blend yet but that’s the exciting part about this industry, you have constant opportunities to practice and grow.

The very first thing that I noticed when checking out “idbh.” was the captivating artwork on the single cover. Walk me through the process of this artistic message and how it conveys the meaning of the track?

The visual side of the music is very important to me but it doesn’t come so easily for me. I really have to come up with the concept and imagery and see the picture completely in my head. When thinking about the phrase “Heart of Gold” I thought of being a kid and not yet learning enough to know right from wrong. It’s funny to me but I started wondering what were my big “life challenges” back then, and I thought about how bad dreams used to be such a big deal. I thought about the whole EP basically being a kid’s nightmare or premonition. That became the main visual theme for the project.

With “idbh.” specifically, my buddy Curtis had the idea of Wolfgang (yes the kid in the picture apart from being adorable has a badass name) isolated because the whole idea behind the song was social anxiety and being out of place.

Do you have any artistic interests outside of songwriting? If so, do you see yourself incorporating these things into your musical work?

Right now I’ve got a bit of a stacked schedule. Between going to Cal State University, Northridge, and music there is little time for hobbies. Apart from my obsession with the show Survivor, I do spend a lot of time looking at visual artist’s work and new fashion. Both of those things will become a larger part of TRACES and what I do.

How did you find your musical influences and how do you think your own musical style formed to the way it is today?

It’s funny pretty much up until Sophomore year of high school I listened to exclusively Pop Rock artists like One Republic and The Fray with the exception of a little R&B here and there. In High School, though, I had a friend name Travis that just starting giving me Hip Hop albums to listen to and became a complete nerd since then. My other friend Josh was the kid that needed to know every Indie artist before everyone else so I picked up the same passion from him.

How can you anticipate your style growing and evolving as you continue your career in music?

I’m pretty far along with the next couple projects, and stylistically I just play into those two main influences a lot more heavily. There are some very Alternative/Pop Rock songs but then some heavy Hip Hop grooves all across the projects. I think it will have more and more emphasis on the groove mixed with the Pop Rock melodies I’ve never been able to break away from.

What are you most excited about for your musical career in the near future?

The live show is what I am most excited about right now. The songs are really fun and fulfilling to make, but the show is the real test of how the songs connect. I hope to make the show the best part of the music I make!