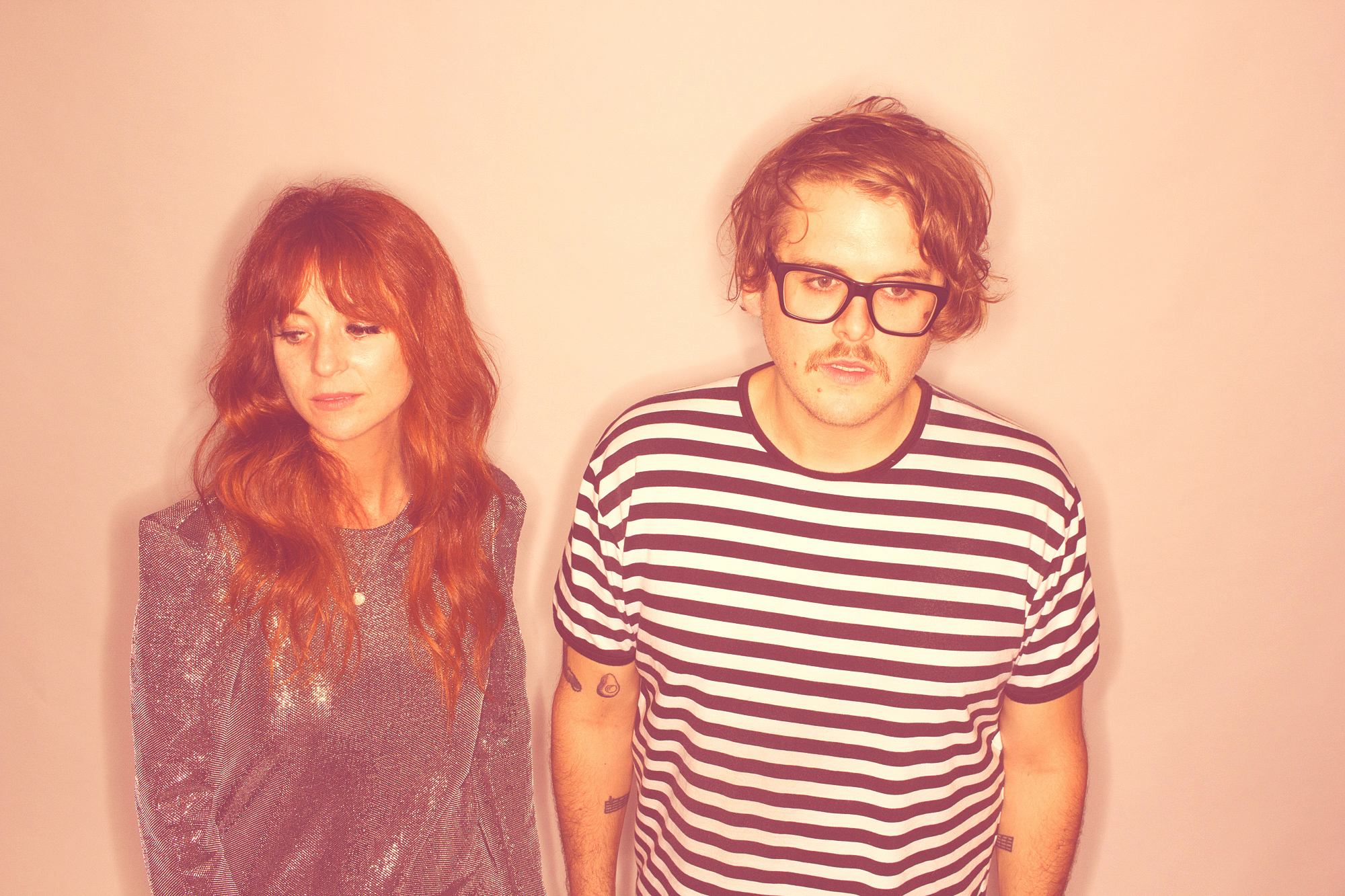 *repeat repeat is the power rock and roll band that has a song for every music lover. Their debut album Floral Canyon is filled with eclectic pieces of rock history, ranging from ’60s surf rock to thrashing punk rock. Soundigest had the pleasure to ask *repeat repeat’s Jared Corder a few questions and got a lot of insight on his musical influences, songwriting process, and working relationship with his wife and bandmate, Kristyn.

Your new album Floral Canyon is a wonderful collection of eclectic sounds and timeless genres. What are all these different music influences and where do they come from?

Thank you! I grew up only a few hours from Southern California, and raised myself on west coast punk rock. Anything loud, distorted, rebellious and consisting of only 3 chords was my jam. I expanded my music taste more throughout high school and college, but when I met Kristyn she started to show me all the amazing music from the ’60s. Surf-pop, The Ye-Ye girls of French pop and huge vocal harmonies of bands like The Mamas & the Papas all started to fascinate and influence the sounds I was creating. I wanted to make something that had the sensitivity of a Beach Boys record with the aggression of The Clash.

How did the band work together when writing and recording the album? Who does what in the process?

Typically it starts with me in a room by myself. I need to gather my thoughts and figure out what it is that I want to say in the song I’m working on. Sometimes I just have a single sentence and a chord progression and have to figure out what the song is going to be about from there. Once I get a verse and chorus done, the first thing I do is show it to Kristyn. I have this mindset that if it’s not a strong enough song, it’s not worth writing a second verse or bridge. If Kristyn and I both love it, I go back and finish writing it. From there I track the instrumentation and write the drum parts. The drum parts are so imperative to me because I believe they can change the whole feel of the song. For instance, “Plugged In” without the drums sounds like it’s gonna be just a really fast and aggressive punk song. It’s not until you add the stereo drum shuffle that it takes on more of our unique spin.

One of my favorite tracks off the album is “Plugged In”. This is definitely the hardest and most energetic track off thealbum, leaning towards the more “punk” side of your influences. Even with this distinction, the album manages to flow seamlessly and incorporate all of your varying styles. Was this a conscious decision while writing the album, or does this balancecome naturally to you?

I really don’t like to be too formulaic. If you don’t have a good ballad written, don’t add a ballad to the record. If all the songs are great songs, and all are upbeat and fast, then just put them on the record as they are. To us, it’s most important that the songs are good and well written, and mean something to us or have a story behind them. From there I think the songs start to flow naturally.

You’re telling someone about your band who has never heard of *repeat repeat before. Which song off of the album would you tell them to listen to that epitomizes your style and sound?

Honestly, “Girlfriend” is the most representative of our sound. It has big harmonies, a huge fuzz guitar mashed with splashy cymbals and while it’s loud and aggressive it’s about something sweet. It’s really indicative of the multiple styles and sounds that we’re trying to incorporate.

What made you pick “Girlfriend” as your debut single for this album?

We had just signed with Dangerbird, and our song “Mostly” was doing pretty good as a single we had put out independently, so we had kind of assumed the label would want the next single to be one of our darker, more spooky tracks (“Speaker Destroyer” or “Ghost”) but they loved “Girlfriend,” especially the part about taking her to the airport. We weren’t sure if people would take to it since our last single was such a heavier hitter, but we were wrong. I wrote it as the anthem for the punk rock good-guy, and I think the world wants to hear from more good-guys right now.

Along with being band members, you and Kristyn are married as well. How does this relationship affect the dynamic of the band?

We get to share all the same highs and lows. Kristyn knows how exhausting touring is, but also how rewarding it can be. We both work incredibly hard and basically non-stop, and because of that we both get to share in the joys of making this thing together. She’s my best friend, so touring is always so much fun with her. As far as the dynamic of the band is concerned, she is really good at subtlety, which I am not, and it’s really nice to have someone in the band who can help make sure we say or do the right thing on stage or off.

*repeat repeat got its start in the musically thriving city of Nashville. Where do you credit your breakthrough as artists in a city with such an overload of local music?

We have a radio station in town called Lightning 100. They are one of the biggest independently owned stations in the country and are totally and incredibly supportive of musicians in Nashville. They were the first to believe in us, and the first to put our music on air. They have been integral in helping us get to where we are now.

What are some of your favorite things about the music scene over in Nashville?

It’s one of the few cities that you can tell people you are a working musician and they actually get it. Everyone in this town is supportive of pursuing your dreams.

The songs off of Floral Canyon must have a lot of energy when played live. Which new tracks do you like performing best and why?

Do you plan to go on tour with this new album soon? What’s next on the agenda for *repeat repeat?

Yes! We’ll be announcing a handful of dates before the end of the year. We have a busy 2018 planned as well, we’ll be touring all over the country in the spring and going back to SXSW and other festivals.