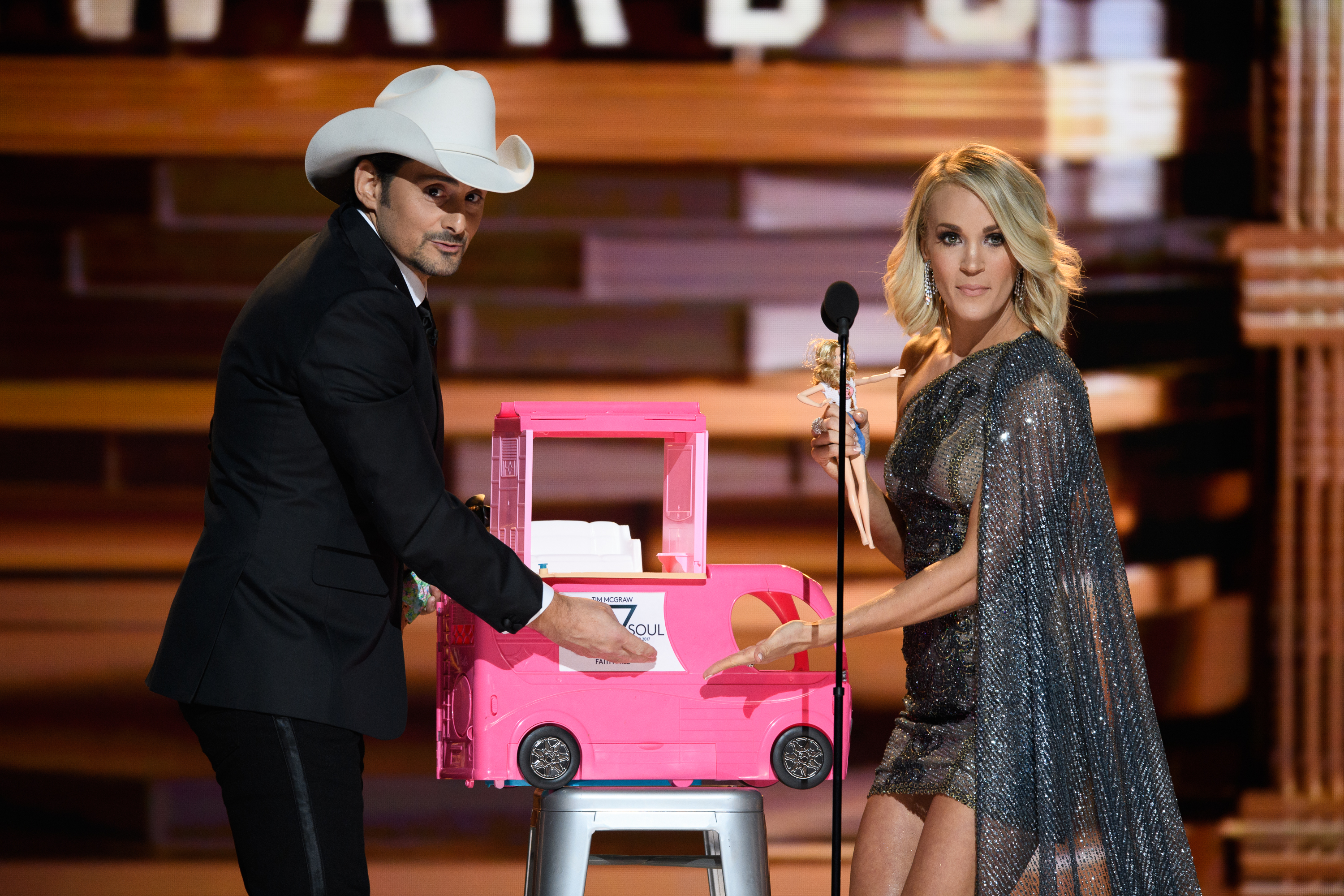 Fans of country, rock, pop, and anywhere in-between have been counting down the days until this year’s Country Music Association Awards. Tune into ABC on November 8th at 8pm EST for the full coverage of the event, and stay up to date with their social media to get exact red carpet times!

This year the award show will take place in Nashville, Tennessee’s Bridgestone Arena and will be hosted by country music’s most charming Brad Paisley and Carrie Underwood. This will be their 10th year in a row hosting the show, so fans should definitely be in for an anniversary treat!

There’s also going to be a TON of amazing performances by everyone’s favorite country artists! You’ll get to see pros like Carrie Underwood, Luke Bryan, Tim McGraw, and Rascal Flatts sing their hits, and up-and-coming superstars like Old Dominion and Kane Brown perform their new music.

Celebs will be partnering up as well to put on highlight performances as well – the most anticipated being Maren Morris‘s performance with Niall Horan! Brad Paisley will also be taking the stage with Kane Brown to perform Paisley’s newest single “Heaven South.” News is also swirling that Pink will make an appearance with fellow Musical Event of the Year nominee, Kenny Chesney.

The 51st Annual CMA Awards will definitely be unforgettable this year, so don’t forget to tune in on November 8th!