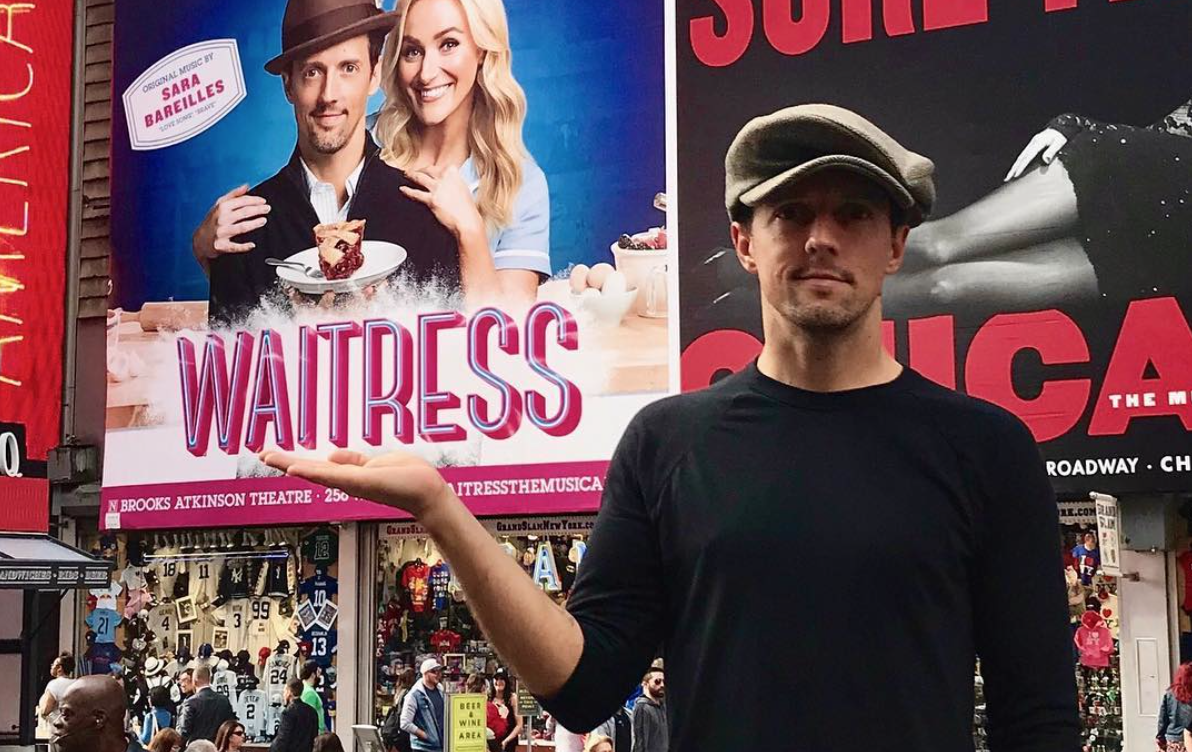 When he was just 16 years old, Jason Mraz considered musical theater as a potential career option, but feared that he would end up being part of a wait staff instead. That is when he decided he was going to write his own music and star in his own real-life musical. Ironically enough, Mraz has made his official Broadway debut by joining the Broadway hit Waitress company earlier this week.

Mraz is no stranger to the music in the play, however. Back in 2015, Jason recorded “Bad Idea” and “You Matter to Me” with Waitress composer Sara Bareilles for her album What’s Inside: Songs from Waitress. Jason is going to be portraying Dr. Pomatter; a married gynecologist and love interest to main character Jenna Hunterson, who also happens to be married and is now having an affair.

Mraz said, “I love Sara, I love the music, I love the story, I think Dr. Pomatter is a very likable guy even though he’s somewhat scandalous in the plot. He’s a likable character and his songs are so enjoyable,”

Beginning on November 3rd, Jason Mraz started his 10 week run starring in Waitress! If you’re planning on seeing Jason in the show, let us know in the comments, or tweet us @soundigest!