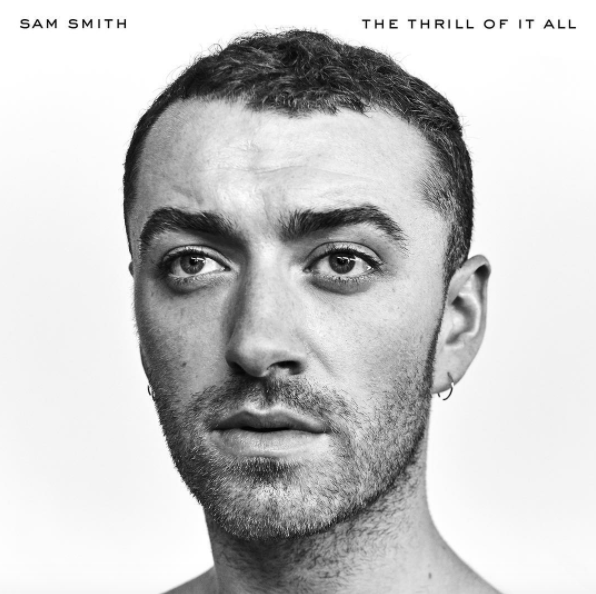 Sam Smith gave the world unbelievable vocals, heartbreaking lyrics, and made us all extremely emotional when he released In The Lonely Hour back in 2014 with hit songs “Stay With Me” and “I’m Not The Only One.” Now, nearly three years later, the UK singer-songwriter has returned with his follow-up, The Thrill of It All. Four Grammys later along with new experiences under his belt, Smith showcases more meaningful storytelling all throughout his new LP.

The album kicks off with the lead single “Too Good At Goodbyes,” which hit number 5 on the Billboard Hot 100. The songs following are all equally as powerful, offering a sense of intimacy accompanied by more upbeat tempos and a wider vocal range compared to Smith’s first album. “Say It First” has Smith yearning for his lover to say those coveted three words first so he knows it’s true. “Midnight Train” is backed by a 90’s alternative rock drum beat and has Smith leaving his loved one in the middle of the night because he knows that it’s what’s best.

One of the most compelling songs is “HIM.” This is the first time Smith has explicitly wrote about his homosexuality in a song. Talking to the “holy father,” Smith writes, “I walk the streets of Mississippi / I hold my lover by the hand / I feel you staring when he is with me / how can I make you understand?” Smith, who came out recently as gender-nonbinary, captures the struggle of homosexuality and faith perfectly. This song is certainly a standout that many can listen to and feel like they are not alone.

“Pray” features a striking beat produced by Timabland with vibrant choir interjections, and “Baby, You Make Me Crazy” is the perfect upbeat song to drive around with the windows down to wind down after a hectic week. The actual title track, “The Thrill of It All,” is only on the special edition of the album but it certainly should have made the standard cut.

The music world has been waiting for Smith to make his triumphant return and his sophomore album did not disappoint. It’s great to see that Smith has moved on from his lonely, heartbroken stage to give fans songs with happier tones. Smith did a great job experimenting with this newer sound while incorporating his classic heart-wrenching lyrics and ballads. Smith’s album is true to its name; thrilling to listen to. Smith will also be touring North America next year, dates and information can be found here.

What do you think of Sam Smith’s new album? Let us know in the comments below or on Twitter @soundigest.