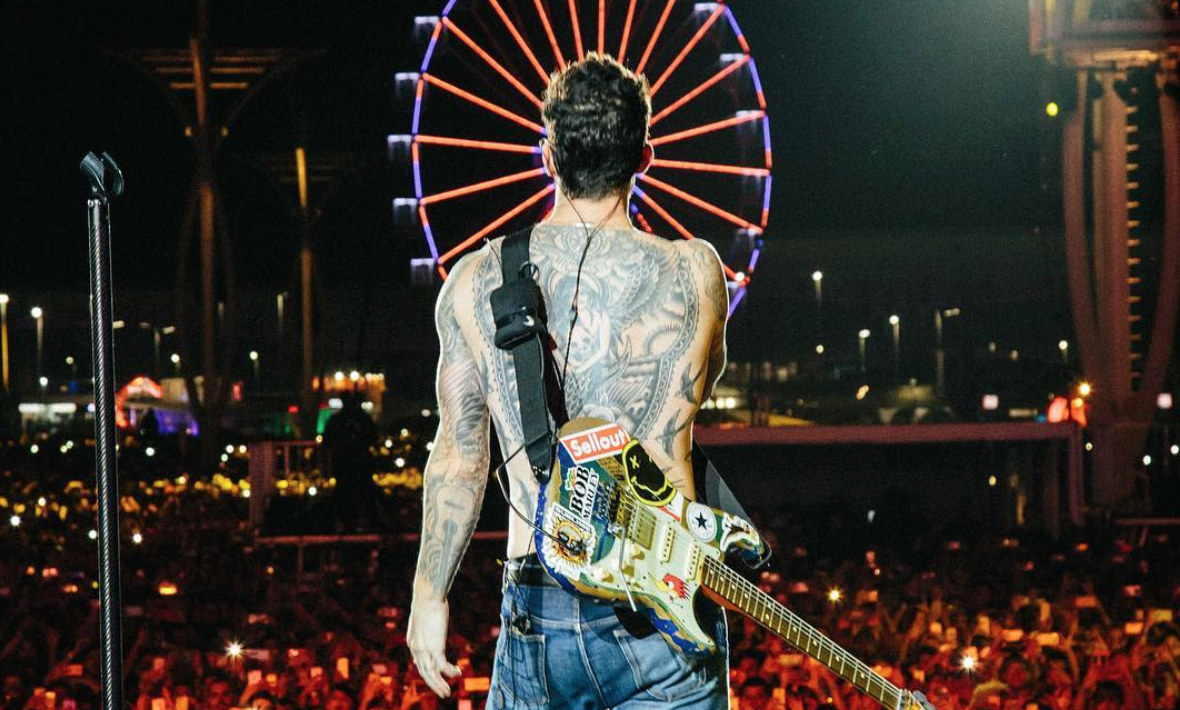 He’s a beloved coach on The Voice and the frontman of Maroon 5, and it’s no secret that Adam Levine has quite the set of pipes on him. Whether he’s singing one of his own songs, an Alicia Keys song, or paying tribute to a late artist, it seems like each cover he does is more impressive than the last. To commemorate his talent, here are 6 of his best covers!

One of the most celebrated Adam Levine Covers (featuring Train), the 2014 performance resurfaced after Prince’s passing in 2016. The song showcases nothing but emotion from Adam as well as his immense guitar skills. What once started off as a song for Howard Stern’s birthday show morphed into a beautiful tribute piece.

At the 2010 CMT Artists of the Year special, Maroon 5 covered Taylor Swift’s “Mine” off of her album, Speak Now. T-Swift danced along while the band performed their sped-up, rock and roll version of the song.

A stripped down version of the song you just can’t get out of your head, Adam Levine gives “Happy” an entirely new sound in the BBC Radio 1 Live Lounge. I’m sure his fellow Voice coach would hit his button for this.

Another cover of a Voice coach, Maroon 5 features a live version of the Alicia Keys classic on the deluxe version of their album Hands All Over. Adam Levine + soul? You don’t want to miss out on this cover.

Adam Levine and the rest of Maroon 5 stopped into The Howard Stern Show to discuss their latest album Red Pill Blues. To pay tribute to their late musical icon, Chris Cornell, they performed an acoustic version of “Seasons” by Soundgarden. When asked why they chose thing song, Adam stated: “He wrote the song and I love… this is probably my favorite Chris Cornell song. It was on the soundtrack to Singles which I think is one of the best soundtracks of all time… no one talks about that song.”

Which Adam Levine cover is your favorite? Let us know in the comments or tweet us @soundigest!

One thought on “6 Of Adam Levine’s Best Covers”