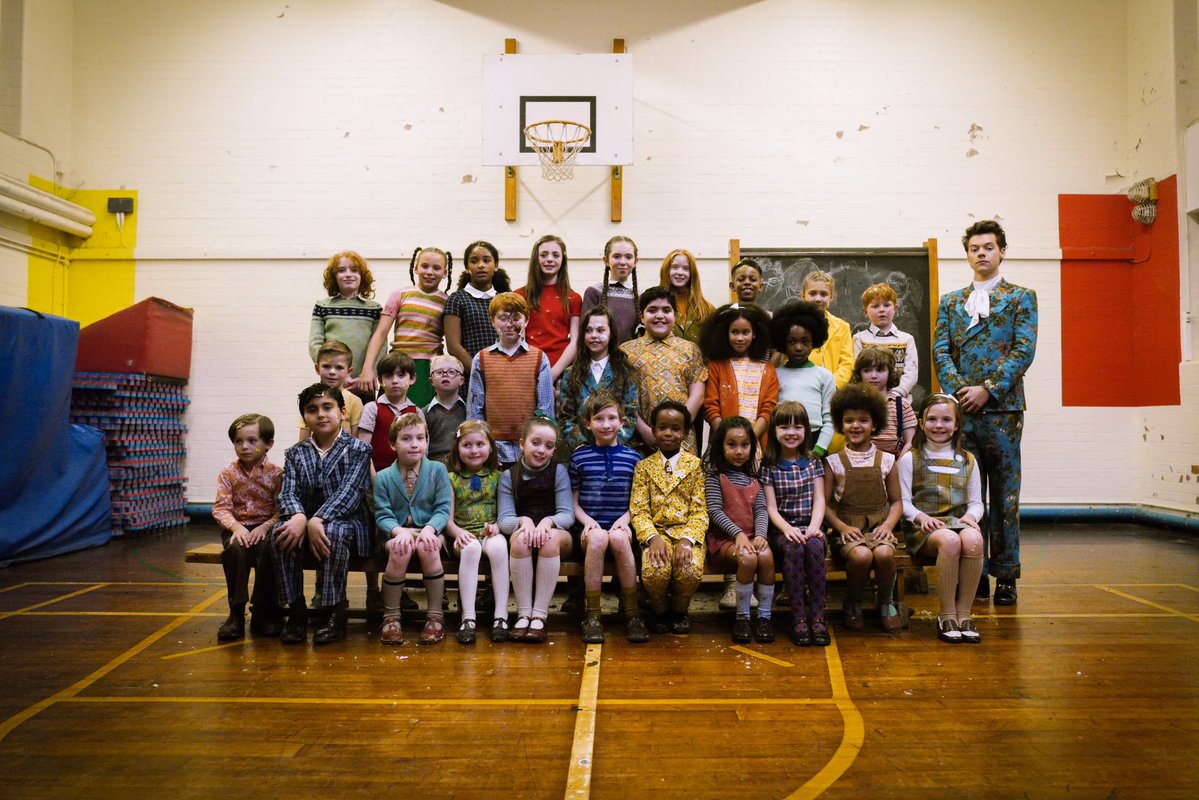 What makes us swoon the most? Puppies, cute kids having a food fight, and most importantly, Harry Styles. That’s exactly what you’ll find in Styles’ latest music video for “Kiwi,” off of his debut album Harry Styles.

This video is not at all what you would expect with lyrics such as, “I’m having your baby.” Before the video even starts, a title screen comes up and states, “No children or animals were harmed during the making of this film” which makes us wonder what’s about to go down.

Beau Gadson who is known for roles in Rogue One and The Crown opens the video by mimicking a young Styles. She leads us into what appears to be an elementary school gymnasium with other children her age where a bakery style food fight breaks out. By using bakery items instead of normal cafeteria food, it is believed that we are revisiting Harry’s roots working at a bakery before his X Factor audition.

Around the 2 minute mark, Harry breaks into the room with a handful of puppies who are there to help with the battle as well as clean up the entire mess. The video closes out with a class photo. Harry is in the middle right above his mini-me, and you can see that the children did not clean up from their food fight whatsoever. Just like Harry, this video was a cuteness overload to the MAX!