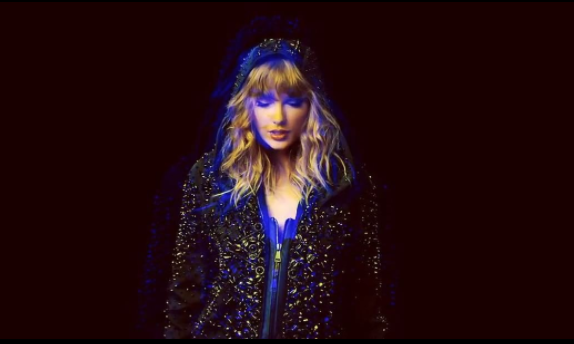 Taylor Swift’s reputation has finally been released after a long, three year wait since 1989. If fans were shocked at Swift’s transition to pop with the last album, everyone was in a for a huge surprise with reputation. Swift has moved to more powerhouse beats, electronic sounds, and provided a more intimate look into her life with her usual sharp writing skills.

Sorry not sorry, #reputation was worth the 3 year wait and everything on it is a bop, not a bad song in the bunch, all your faves can’t relate DONT TOUCH ME IM EMOTIONAL

In usual Swift style, themes of love are present in many of the songs. This time around however, she is expressing her pure happiness. Similar to any type of mystery, fans have been decoding the lyrics and have determined many of the songs are about Swift’s current boyfriend, Joe Alwyn.

The Met Gala was v life-altering for Taylor. She was still with Calvin but fighting. She left with Tom in a getaway car. (see I Did Something Bad/Getaway Car lyrics) But. PLOT TWIST. She also met Joe that night.

“Flashback when you met me.Your buzz cut and my hair bleached.” pic.twitter.com/AuqhkxLkoP

The album really seems to go deeper into her mysterious love life. Rather than focusing on heartbreak, Swift tells a story of a radiant and exciting love. And people could not be happier to see Swift so happy!

I’m not crying there’s just something in my eye

Swift even seems to get sensual on the song “Dress”. Lyrics such as “Only bought this dress so you could take it off,” has fans in a frenzy.

Me when @taylorswift13 says “Only bought this dress so you could take it off” #Reputation pic.twitter.com/OuHiUmB1x6

Fans are also reacting to songs that allegedly refer to Swift’s infamous feud with Kanye West. In the song “This Is Why We Can’t Have Nice Things,” lyrics such as “It was so nice being friends again / There I was giving you a second chance / But then you stabbed me in the back while shaking my hand,” has fans being on #TeamTaylor.

Taylor Swift literally had the last laugh in the Kanye ‘feud’ through ‘This Is Why We Can’t Have Nice Things’ and I’ve never been happier. I’m in love with #Reputation

Not all Swifties think too highly of the new album however. Some seem to truly miss the “old Taylor” and think reputation is too far of a stretch from her previous works.

I don’t hate Reputation, but I don’t think it’s an album that will have any lasting effect, and I can see Taylor saying she didn’t actually like the album during a tell-all documentary in 10 years.

Swift’s edgy LP overall has been receiving high praise and a Summer 2018 stadium tour was just announced. In its first day alone, the album sold over 700,000 copies and is well on track for hitting platinum status.

What are your thoughts on Swift’s new album? Comment below or let us know on Twitter @soundigest!

One thought on “Fans React To Taylor Swift’s Reputation”