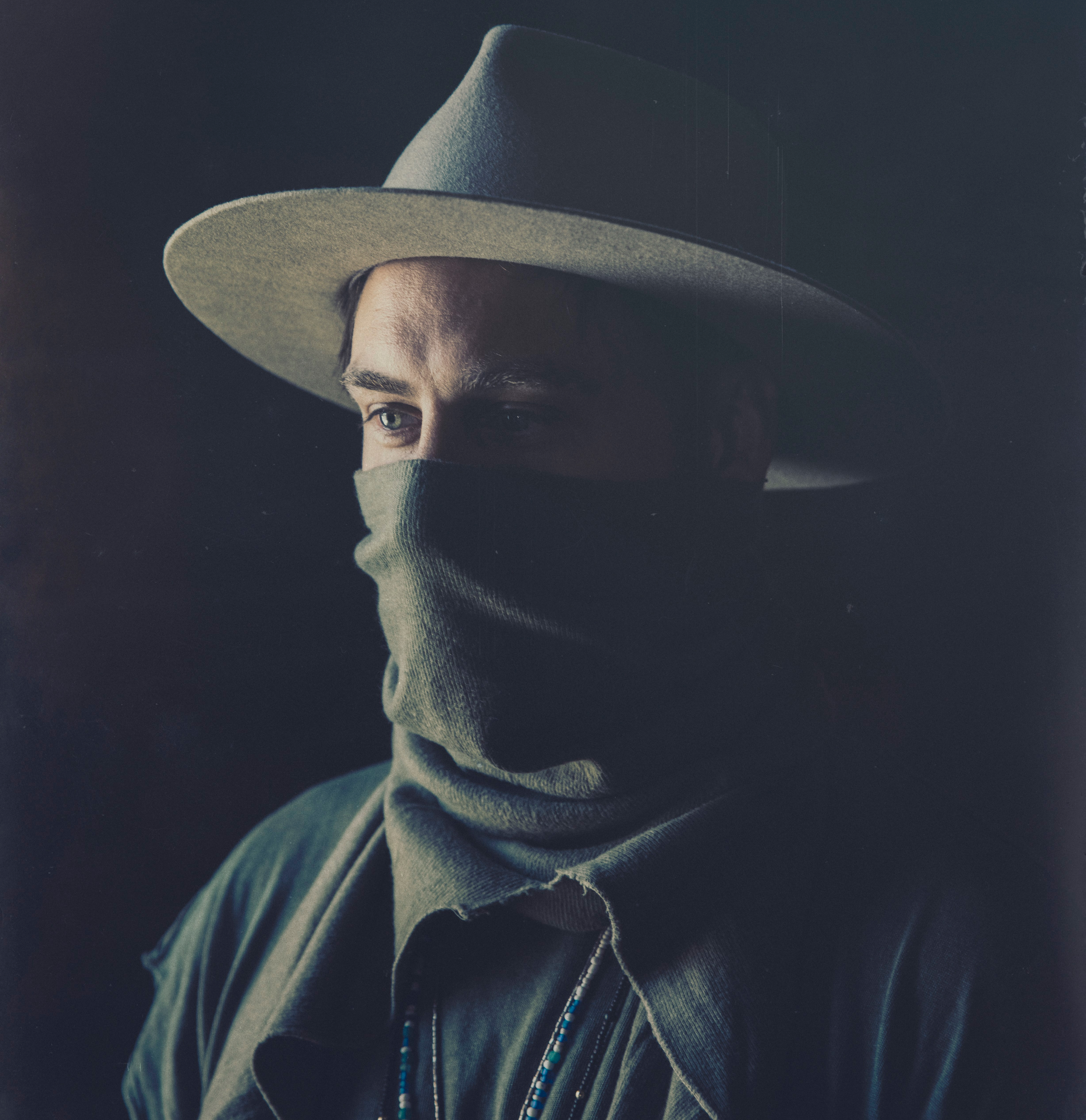 SUR is the new artistic identity of the multi-talented musician and producer Zack Arnett, who just released his new single “Lean Back” off his upcoming debut EP, (as SUR) Savage Beast. “Lean Back” combines dramatic chanting vocals and an epic, chaotic energy that could only be captured by his recently released music video. Here, SUR talks about the combined themes of violence, nature and love that he draws inspiration from, his new single “Lean Back,” what it was like filming the music video, and his to-be-released EP.

Savage Beast was born out of an impromptu RV journey when SUR was feeling frustrated and confined in Los Angeles. Here, he speaks about his RV trip that spontaneously lead to his brainchild, SUR, and the beginnings of Savage Beast. SUR is self-producing the EP as well as handling all the instruments showcased, from acoustic and electric guitar to keyboards and synth. Before its release, fans can catch SUR in Los Angeles, where he’ll be playing a residency at Hi Hat in Highland Park November 14th, 21st and 28th.

Where did the name SUR come from?

SUR comes from Big Sur, which is in the central coast of California, and I’m from out there. Big Sur is my like mecca; it’s my Zion. It’s the place I go to recharge, and kind of the first place that inspired me in an extremely deep way, artistically.

Tell me about your other interests: visual art, poetry, medicinal farming and being an apothecarian?

It’s all one thing, what we’re doing here with the music, and it’s more of like a lifestyle—kind of an adventure I’d love to take other people on. So the benefit of their own souls from the music is a piece of a bigger puzzle; it’s the wellness. Be well. I want people to be healthy in their minds and in their bodies. I do as much as I can for myself and the people around me, so I’m hoping that we have a platform to inspire people to do the same.

You have a lot of inspiring themes in your music. What messages are you trying to spread?

Whatever gets people to feel something. I make songs based off of where I’m at, at the moment. It could be about love, it could be about violence, it could be about nature; those are usually the themes I roll with, or all together at once. So yeah, I’m trying to convey a message and its feeling, more than anything, and I’m hoping that people pick that up and hopefully people keep listening and feeling it, and hopefully it inspires them in some way.

What was the inspiration for “Lean Back?”

“Lean Back” is kind of more along the violence spectrum of that scale, ‘cause I was kind of pissed off at a lot of things that have been going on and just the world, and human nature. So that’s a story, in a way, to shed light on certain social issues and humanity issues, and the whole deeper message is that heaven and hell exist within us—we’re living our lives here on Earth and waving in between those realms. So this is a story about someone where there wasn’t necessarily a right answer. Sometimes that line is blurred, sometimes you gotta do some f*cked up sh*t to be right, and that’s kind of where that came from.

And “Lean Back” is on the “Need For Speed Payback” Spotify playlist, that’s cool! How’d that happen?

Hell yeah, I love that. I’m pumped on that because I’m a fan of a lot of those other artist on that playlist. They reached out, they liked the song, they thought it would be good, and that’s how it went down.

When’s your EP coming out and what can fans expect?

It’s possible that the EP will change a little bit. I’m gonna drop another single, rock the video for that, and then we’ll drop the EP. So probably like early February—but don’t quote me on that! We just finished the music video for “Lean Back” and it’s more like a short film. We went to Big Bear and we filmed it at a bible camp, which is hilarious because the whole video is about murder. So we had these bible kids directly across where we were filming, with like a fake dead body, and I’m covered in blood, and everyone’s covered in blood, and like 15 feet away we’ve got kids praying and learning safety on kayaks [laughing]. It was great, and we did it all in one day.

If you make a music video for your next single, do you think it will be similar as far as being like a short film?

Yeah, we set the bar so high. So the next video is gonna have to be even more epic, we gotta go there.

How did you come up with the name for the EP, Savage Beast?

That is like the term that explains us as humans the best, to me. And the record takes you on a journey, musically, and it’s kind of all over the place. I feel, at the end of the day, that’s what we are. Even though we have this society that on the surface looks so very put together, with the suits and the ties and all that sh*t, but internally there’s this constant f*cking battle going on, and deep down that’s all we are; just f*cking animals trying it figure it all out.

Tell me about your RV journey! Were you recording in the RV?

Yeah, I brought my full-on studio in the RV. And yeah, it was awesome, a journey.

What were some challenges you faced recording in an RV?

Well, it was a giant RV. We blew out our brakes in Death Valley. Yeah, we literally like smoked the brakes completely out going down a path. And yeah, it was my first time operating this giant piece of machinery, so it was a struggle at times but it was great once we got in the right area and were able to chill and make music.

What was the highlight of that trip for you?

Being in Big Sur was by far the best place, and just being back up to this river, which is one of my favorite places on this planet, and being able to just wake up and write music. I wrote the song “Restless Heart” in that space, so very tranquil.

How did that influence your artist name becoming SUR?

I was just going out writing music. I was making like electro, rock music, and my project before this was more dance-oriented. It just got really frustrating in the city, which is why I left, and I just kind of wrote. There was no direction, necessarily, we just went and whatever came to mind I wrote. I didn’t even have a name, until I came back and I decided the best name would be SUR.

You have an interesting sound, what genres would you say you’re mixing?

I was calling it native electric because the drums are like very tribal, all based on tribal beats. It’s definitely like blues-inspired in a lot of ways, and then it’s the drums, very soulful, like a tribal thing that’s happening, but it’s also like electric. There’s some folk stuff in there for some of the songs, which is just a completely different genre.

You use a lot of like chanting vocals in your chorus—it’s catchy. It reminds me a little of like Imagine Dragons or Barns Courtney. Who would you say are your musical influences?

Yeah, definitely. Kind of all over the place. The bands that I like are kind of more obscure. I’m a hip hop head, that’s where my roots are. I just heard this Bēkon record, he did a lot of tracks on Kendrick’s new record and he got Kendrick [Lamar] on his record. That’s coming out and I just recently heard that and I’m really liking that. I like a band called Wild Beasts, but they just broke up which is crazy. Honesty, like, I listen to this Native American flute channel on Pandora because it calms me, so I listen to that mainly. When you’re so submerged in all of it, it’s tough to listen to a lot of other music. When I’m not working, I don’t want to listen to music, unfortunately. I want to just tune out. I like Gary Clark Jr. I’m all over the place!