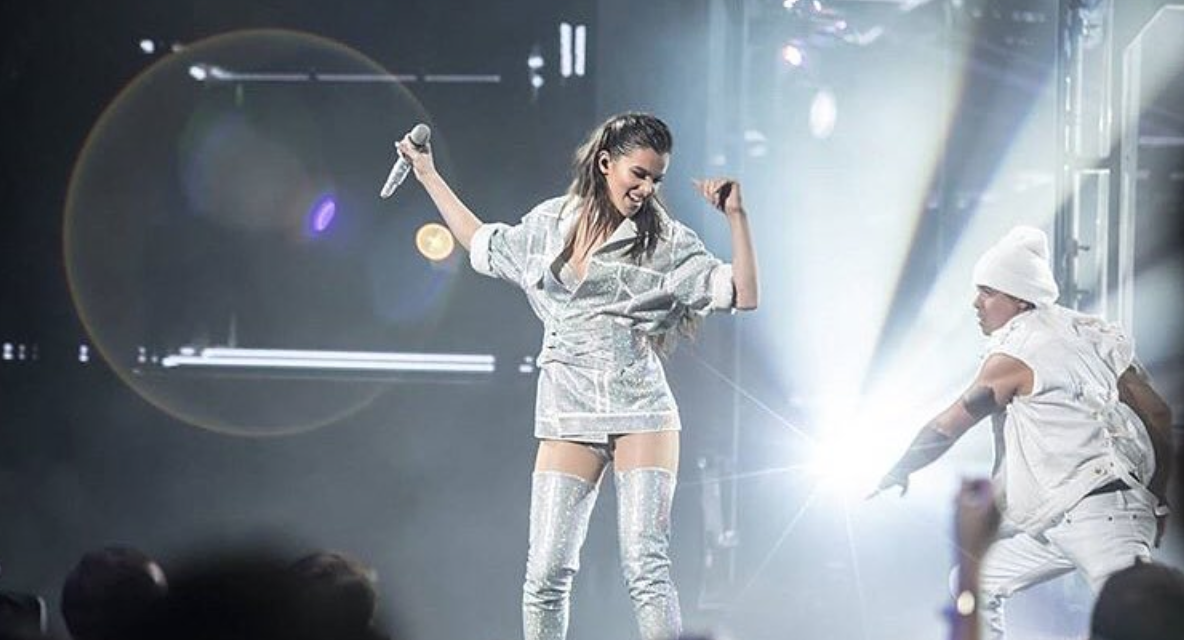 There was a lot to look forward to at The 2017 American Music Awards on Sunday night. In the wake of natural disasters, violence, and divisiveness this year, the world’s biggest musicians took the stage to share messages of unity and love. There were unforgettable collaborations, performances, and powerful moments that made the AMAs a great show this year.

Jamie Foxx kicked off the show with an emotional speech with a group of first responders behind him that dealt with this year’s natural disasters and tragedies. Then powerhouse vocalists Kelly Clarkson and Pink sang together for the first time ever and performed R.E.M’s “Everybody Hurts.”

Before her performance, Demi Lovato gave a speech, “There’s so much hate in this world. We have to rise above and never say sorry for who you are.”

Imagine Dragons won Favorite Duo or Group – Pop/Rock. Lead singer Dan Reynolds gave a moving speech, “This is the country I know, which is of powerful women, talking about our women, talking about empowering our LGBTQ youth. May we continue to progress as a nation as one of love and equality. No divide. There’s been way too much of that this last year.”

Selena Gomez returned to the AMAs stage to give her first live performance in over a year. She premiered her newest single “Wolves” with Marshmello.

Other fantastic collaborations of the night included Zedd & Alessia Cara with “Stay.” Khalid and Imagine Dragons, who mashed up “Young Dumb & Broke” and “Thunder,” and Hailee Steinfeld, Alesso, Florida Georgia Line, and Watt performed their single, “Let Me Go”

Christina Aguilera took the stage to honor Whitney Houston and the 25th anniversary of The Bodyguard with performances of “I Will Always Love You,” “I’m Every Woman,” “I Have Nothing,” and “Run To You.”

Other memorable performances included Pink, when she performed “Beautiful Trauma suspended from a high wire outside a skyscraper.

BTS made history as the first Korean-Pop group to perform on an American Award show. The group’s performance of  “DNA” was fun, lively, and definitely had some great choreography. Needless to say, it was one of the best performances of the night.

Bruno Mars took home the most awards for the night including Artist of the Year. New Artist of the Year went to Niall Horan. Favorite Artist – Adult Contemporary went to Shawn Mendes. Female Artist Pop/Rock went to Lady Gaga, who accepted her award and gave a performance from her show in Washington D.C. Linkin Park took home the award for Favorite Artist – Alternative Rock. The group honored their lead singer, Chester Bennington, who committed suicide on July 20th. The band tells the audience “to appreciate what you’ve got and make Chester proud.”

Black-ish star Tracee Ellis Ross did a fantastic job hosting the show and presented Lifetime Achievement Award to her mother, Diana Ross. Diana Ross performed a medley of her greatest hits including “I’m Coming Out” and “Ease on Down the Road.” Diana brought her entire family on stage with her to gracefully accept her award. It was a beautiful ending to the night, and even in 2017, Diana Ross still reigns supreme.

One thought on “AMAs 2017 Recap: A Night of Flawless Collaborations”