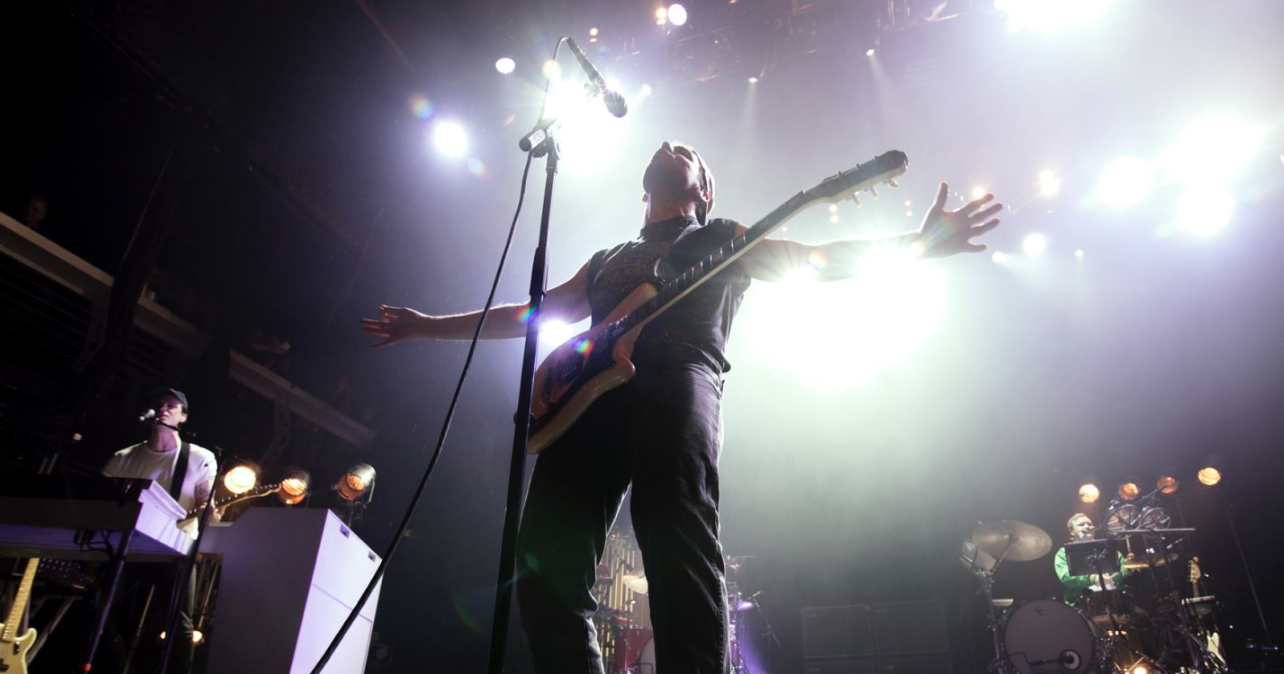 Coming to an end of the second leg of the Gone Now Era Tour, Bleachers definitely did not disappoint. You’d think after almost a year of nonstop touring and promoting their sophomore release, Gone Now, the band would be exhausted, but you’d be wrong. After seeing Jack Antonoff’s project live a few times, I must say, this was definitely their best New York City show that I have personally ever witnessed.

Maybe it was the hype behind the fact that it was Bleachers’ hometown show, or maybe it was because Antonoff completely sold out Terminal 5, which is a 3,000 capacity venue in the middle of Hell’s Kitchen, New York. But whatever it was, it definitely worked to their advantage.

The set started off with Gone Now’s intro track, “Dream of Mickey Mantle,” and started to pick up with “Goodmorning.” They played tracks from Gone Now, of course, but still didn’t forget the “oldies” from Strange Desire, such as “Rollercoaster” and “I Wanna Get Better.” We were even lucky enough to hear a cover of Tom Petty and The Heartbreakers’ “American Girl!”

Something special about seeing Bleachers live, especially at this show, is that it’s an escape from reality, not only for the fans, but for Antonoff and the rest of Bleachers as well. Antonoff and Evan Smith, the project’s saxophonist and multi-instrumentalist, played a little game with the crowd. Smith kept playing music and Antonoff would have him abruptly stop in order to showcase the silence in the room. “Anxiety is bouncing off the walls in silence, but music is like a blanket,” Antonoff proclaimed in excitement, while explaining how live music for fans, but most importantly, for himself, works.

If you ever get the chance to see Bleachers live, especially in New York City, it comes highly recommended. Regardless of whether or not you know any of their music, or if you’re able to list their entire discography in order and backwards, their music and live show is absolutely flawless, and you’ll see that. Not gonna lie… we simply cannot wait to see what’s up next for Bleachers!