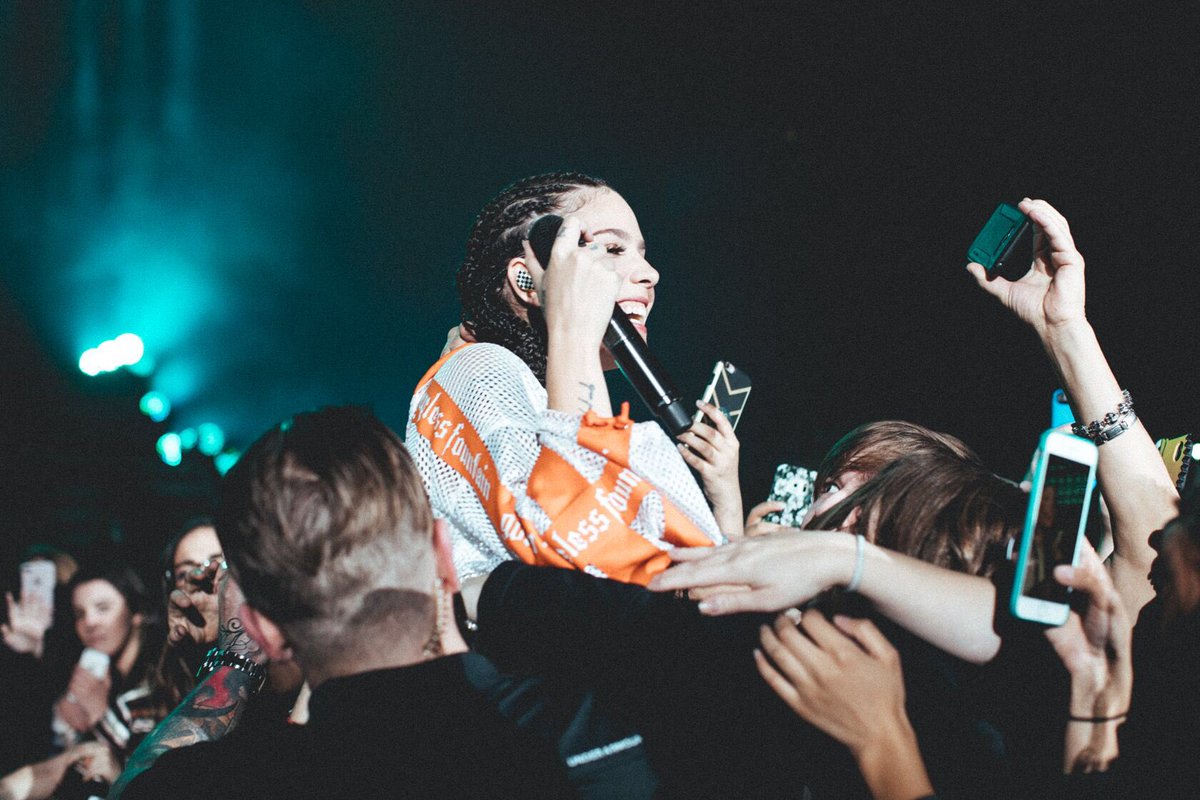 Due to a “personal emergency” this past week, Halsey had to cancel the remainder of the Canadian leg of her Hopeless Fountain Kingdom tour. Halsey played half of her set last Tuesday night at her Calgary show in Alberta, Canada. She did not return back to the stage after her quick change, but instead, her tour manager came out to the stage and stated that due to a personal emergency the rest of the show will be canceled and that everybody would be refunded at their point of purchase.

The following night, Halsey took to her Instagram account to post an apology to her fans, captioning her photo, “thank you”, but later changing the caption to “Thank you. (Edit. The rest of tour is resuming as planned. Please respect the privacy of myself and those close to me.)”

Her apology read as follows: “I’m so sorry to the fans in Calgary and Edmonton who were effected by the cancellations. There are very few things in this world that could make me stop a show, and my fans know that. This is breaking my heart but I have to take a few days so I can gain my composure so I can put on the best show possible in Minneapolis and finish out the tour with a bang. I’ll make it up it up to the fans in Canada. Thank you for understanding and respecting the privacy of me and those close to me during this time, I love you.”

Halsey’s fans know that she is NEVER one to cancel. Due to having endometriosis, often times Halsey is in doctor’s care right until show time. At her Oakland stop this tour, she even held her meet-and-greet inside of her dressing room hooked up to an I.V because she didn’t want to let anybody down. Back in 2015, Halsey performed at a Vevo Lyft event wearing a diaper a mere few hours after experiencing a miscarriage.

Fans have been outpouring messages of love and well wishes to the singer via twitter and Instagram. While it still isn’t clear what exactly happened, Halsey will be carrying on with the remainder of the Hopeless Fountain Kingdom tour.  At her first show back right before singing her hit, “Ghost,” Halsey said, “I’ve got to be honest with you guys, I’ve had a rough couple of days and I cant tell you how much better it is now that I’m on stage hanging out with you. I’m just gonna be completely transparent because I think that honesty is the best way to be. I spent the past couple of days doing a lot of flying, and a lot of crying, and a lot of screaming and it hasn’t been the best on my voice.”

We are wishing her nothing but the best!