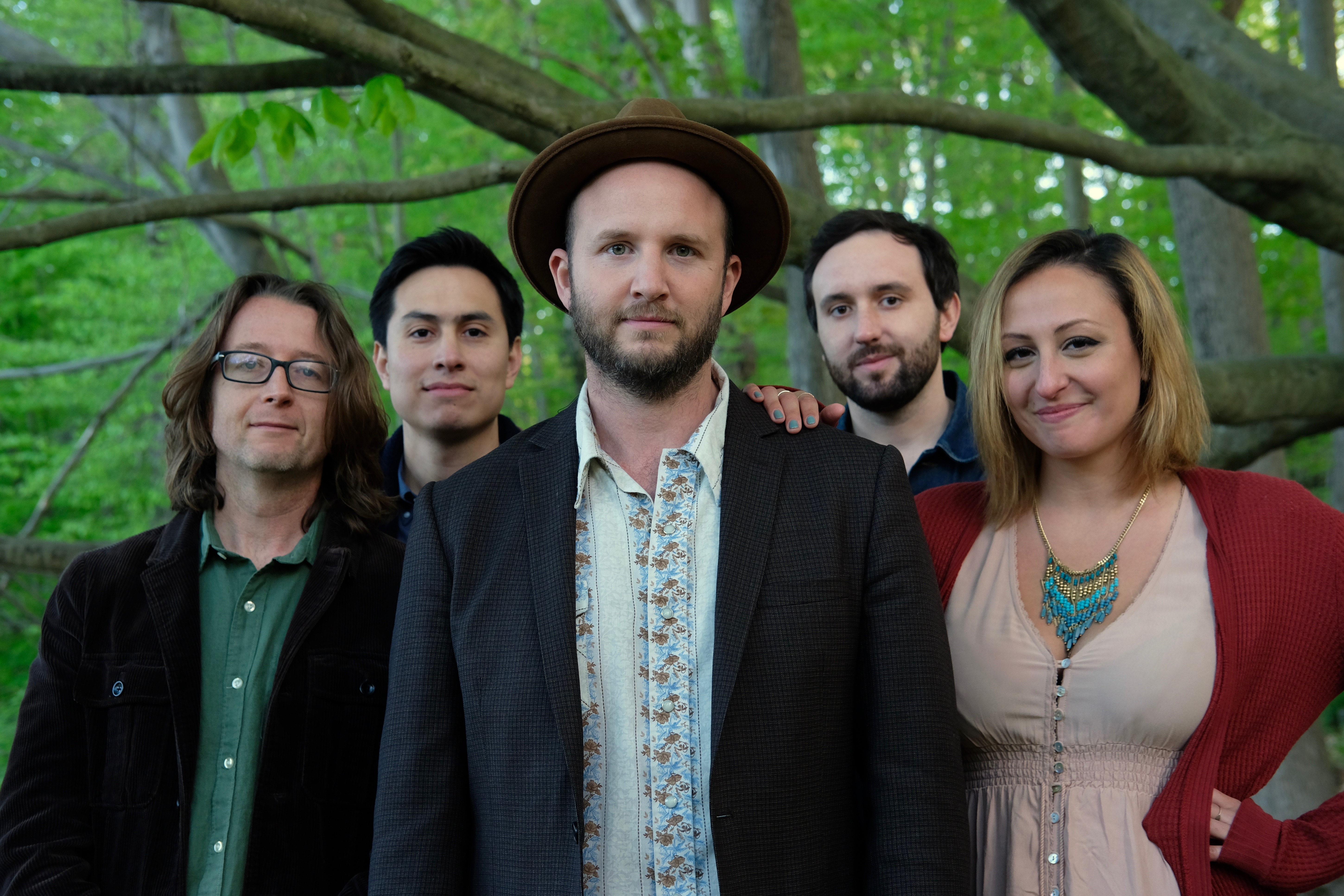 You may recognize The Alternate Routes from their song “Nothing More,” which was featured in the 2014 Winter Olympics. The band has now released a new single, “Safe Haven,” which is a sweet love song about relying on the people closest to you in your life. Recently, we got to chat with Eric and Kurt about their new music, touring and what’s next for the band.

Hey guys! Thanks for talking with us today. We’re really excited about your new songs “Stronger” and “Safe Haven.” Tell us about the inspiration that brought these tracks to life.

Eric: These two tracks were particularly fun to bring to life because we recorded and self-produced them with our drummer Kurt Leon. Kurt and I locked ourselves in his studio during a blizzard to begin work on what I thought was a demo of Safe Haven. That was a special day because we realized we were on to something. Not just a song, but a process. Working with Kurt afforded us some more time to mess with the songs, the arrangements, and the mix in a way that was new and exciting.

One of the best things about music is that the meaning of a song is what you interpret it to be. It could mean one thing to one person but mean something different to another person. When it comes to “Stronger” and “Safe Haven,” what story did you aim to tell?

Eric: For me, both “Safe Haven” and “Stronger” are songs about a partner. The people you rely on, and who rely on you. I think the older that I get, the more important and grateful I am for the people I rely on.

You’ve been making music as a band since 2005. What brought you all together to become The Alternate Routes?

Eric: Tim and I met in the early 2000’s while we were both attending Fairfield University. I got a call one day from a guy who needed a guitarist for a show he had coming up, and we have been making music together ever since.

I’m really curious about your band name. I feel like there’s a really enlightening meaning behind it!

Eric: Tim gets credit for naming the band. He tells the story better, but I will do my best. He was in Martha’s Vineyard and he came to an impasse. There was simply a sign that said, “Seek Alternate Routes.” No detour, no directions. After all of these years in this industry, that was certainly a relevant observation.

Your previous single “Nothing More” was featured in the 2014 Winter Olympics. That’s a big deal! How do you react to that news?

Eric: It was a really big deal. We had gotten a request from NBC sports to use the song, but they couldn’t tell us specifically what for. We knew the Olympics were coming up, but we figured that was wishful thinking. I remember we had a gig in Philadelphia that night, and it didn’t go well. There was an issue with a curfew and our set was cut very short. We were all in a bad mood until we looked at our phones and all had a ton of messages about “Nothing More” being used in the opening ceremony of the Olympics. We cheered up pretty quickly after that.

In addition to your two new songs, you’ve released Live in Pawling. What was that experience like?

Eric: Live in Pawling was a great experience. It is recorded over two shows at Daryl’s House in Pawling NY. It is a wonderful room, with excellent gear, and even better engineers. After the second show, we gave all of the sessions to our friend Brian Fechino to see what he could make of it. The result was Live in Pawling.

Kurt: It was an incredible experience. We’ve played at Darryl’s House a few times throughout the years and we always knew that a release from this venue was inevitable. The venue is so unique, especially because of the video/recording capabilities they use for every show in-house. We knew heading into the shows that we wanted to pick our best songs and bring the best players to help us create a more complete sound. We had our good friends Matt Beck (keyboards, guitars) and Bobby Yang (violin) join for an evening. We recall that everything about the 7 piece band show clicked the moment we hit the first note of “Carry Me Home.” It was as though the band was on cruise control and the music was just leading the way. We always know it’s going to be a great show when that feeling happens so early in the night. We’re looking forward to going back there in the coming year.

You’re currently out on the road playing a handful of shows until the end of the year. What’s the coolest thing about being on tour, and what’s one thing that can make it tough?

Eric: The tough part is easy… that is being away from family. I have a young son and leaving gets harder every time. I really don’t mind any other aspects of it. Even the parts that aren’t glorious, like Crammed hotel rooms, long drives, late nights, early mornings. None of that bothers me. The best part is feeling connected to what I do. I love getting to play guitar for a few hours a night, play these songs, and tell these stories. Doing that with a live audience is as satisfying of a feeling as I can think of.

Kurt: The coolest thing about being on tour is the playing. We’re tested as musicians day in and day out by variables that are impossible to control. Therefore, our touring lifestyle constantly keeps us on our toes and forces us to make daily decisions that inevitably impact a show. When the playing is tight and the performance resonates with the fans, every bit of the road life is worth it. A tough aspect of being on the road is missing our loved ones. This part of the road seems to only get a bit tougher each time we go out, but it lights a fire within us to do our very best and to make those we represent at home proud.

Eric: We have a few plans for 2018, such as performing on The Rock Boat and a few other trips lined up, but for the most part it is a blank slate. It is both an exciting, and terrifying feeling. We will keep you posted!

Kurt: More new music and venturing into new creative territories. We’re still hungry to make our best music and present it in the most professional way. A lot more to come!

I don’t know about you guys, but I can’t wait to see what 2018 holds for The Alternate Routes! Keep up with them on Twitter, Facebook and Instagram.