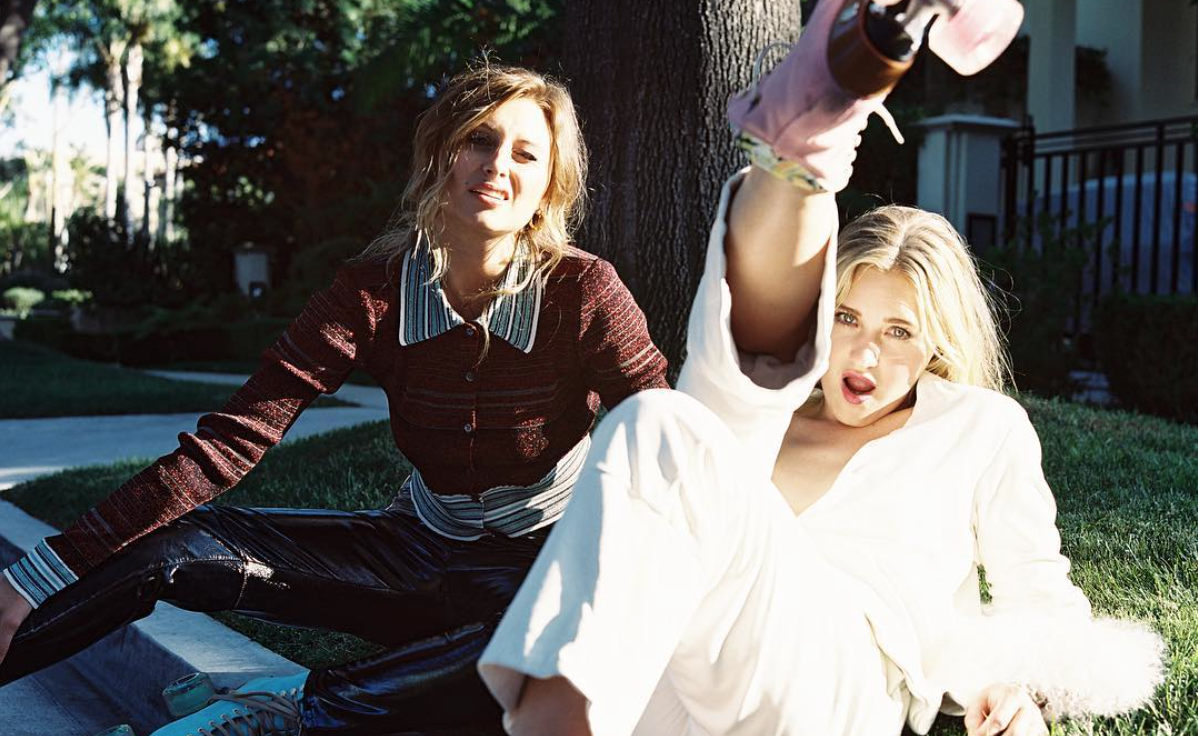 It’s been ten years, but Aly & AJ have finally returned to the music scene with the release of their new rightfully titled EP,  Ten Years. In case you’re unfamiliar with the pop duo, Aly and AJ Michalka are sisters and natives to the music industry. They exploded into fame back when Aly Michalka starred alongside Ricky Ullman in Disney Channel’s hit show, Phil of the Future. They also starred alongside each other in the Disney Channel Original Movie, Cowbelles.  The duo released their first full length album, Into the Rush, back in 2005, and followed it with the release of their second album, Insomniatic, two years later.  To date, their most popular song, “Potential Breakup Song,” from Insomniatic is what fans of an array of ages remember them for.

The sisters took a break from music for a while. In 2013, they began making music under another name, 78Violet, inspired by both of their favorite numbers and their favorite color. They released a single, “Hothouse,” and expected to release an album. Unfortunately, the album was leaked online prior to its official release and ultimately, the widespread release was cancelled.

In April 2017, the girls confirmed they were working on new music again under their old name, Aly & AJ, and that it would be released under their own label, Aly & AJ LLC. They released their first single, “Take Me,” on August 18th, 2017, and also confirmed an EP was on the way. “I Know” was released as the second single from Ten Years on November 3rd; the song is about a friend who passed away from complications with cancer. The EP consists of four songs, the other two being “Promises” and “The Distance.” The girls confirmed in a tweet that they are planning to make a full-length album now that the fan response to the new music has been strong.

We paid for the EP out of pocket & wanted to see how people responded to the new sound before going forward with a full album 😘 https://t.co/JOMMJpumLo

When I listened to “Take Me” back in August, I was pleasantly surprised. I was a huge fan of Aly & AJ growing up and I was worried that my childhood self would be let down by their comeback single. While the song is a major departure from their earlier works, I was thrilled that they decided to go in a more synth pop direction; it was a good jumping off point from where they had left off with their music style on Insomniatic. “Take Me” has a great mixture of piano, electronic beats and drums. It reminds me of their most memorable song, “Potential Breakup Song,” with a slightly matured style and a beat and hook that grab your attention right away. It has a really loud and in your face type of chorus, which is perfect for belting in the car: “When ya gonna take me out?!” The girls shout, and their voices both sound distinct and better than ever.

“I Know” slows things down a bit from the previous upbeat track. Even though the subject matter is sad (friend dying from cancer), the song is far from boring. It’s a supportive song about friendship and love, a theme that the girls are no strangers to. On their first album, Into the Rush, there were a couple of songs, “On the Ride” and “Protecting Me,” about the importance of friendship. This song bridges the gap between those Disney Channel-esque songs about friendship to a song with the same subject for a more mature, older audience. The beat, background and vocal productions on this track are outstanding.

“Promises” is a softer and subtler dream-like song and is my personal favorite from the EP. It tells the story of a breakup, of a girl finding out that her boyfriend was cheating. She reflects that this relationship was another mistake and “another big break with promises.” I found it interesting that Aly & AJ created a dream-like song with this subject matter, typically a topic that would result in an angry, loud, and in your face type of song, not unlike “Take Me.” “Promises” is a toe-tapping, vivid, and somewhat haunting synth pop song that is a huge stand-out and one of the best songs the duo has released.  The 80s beat will have you coming back for repeat listens.

“The Distance” could very well be about Aly & AJ’s ten year departure from music. The lyrics suggest a “back and forth” type of relationship and each girl sings that they “couldn’t take the distance.” While in my opinion, this is the weakest song on the EP, it’s not bad.  In fact, it reminds me of something that could’ve been released many years ago on one of their previous albums. It sounds like one of those songs that they’ve been working on for a bit and matured over time, which would make sense if the song is about their relationship with making music. The drum beat is what makes this song standout and the girls’ harmonies in the chorus.

Overall, Ten Years is an extremely strong comeback for sisters who are native to the music scene. Old fans who have grown up with the girls will be pleased and new fans will be greeted with a crossover of radio and indie pop that is sure to please.

One thought on “It’s Been Ten Years, but Aly and AJ are Finally BACK!”