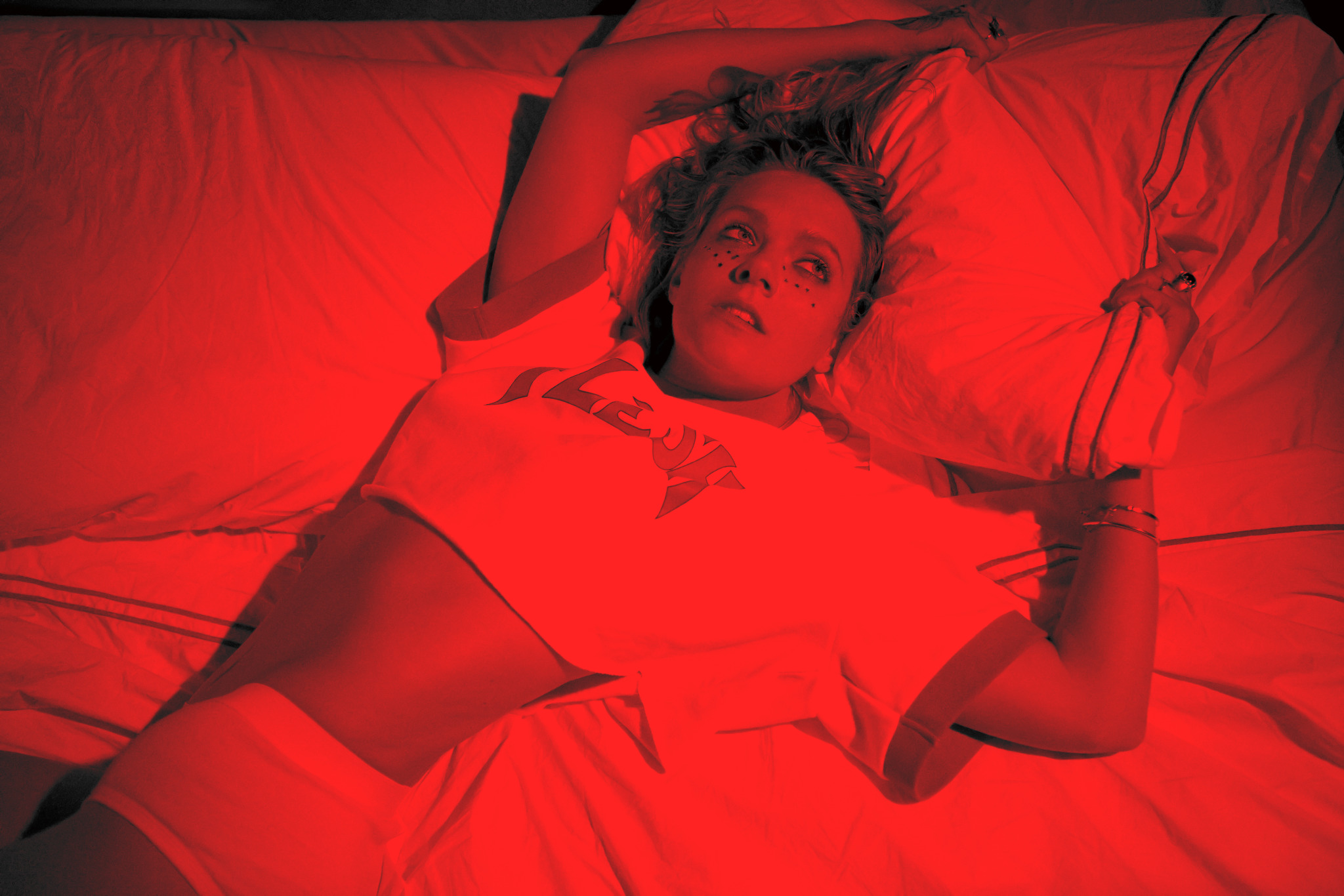 Coming off a successful year of touring and collaborating with other artists, Tove Lo is ready to dominate your mind again with catchy dark-pop choruses and sexual liberation. Last year’s Ladywood displayed a cohesive effort from Tove Lo, combining feminism and heartbreak in a two-fold story format. “Fairy Dust” and “Fire Fade” comprised the two chapters to the record, with each sharing a fair balance between mid-tempo synth beats and show-stopping pop smashes. On Blue Lips, Tove continues this trend for the final chapters of the Ladywood narrative, dividing the tracks into the hyper-sexual “LIGHT BEAMS” and emotional “PITCH BLACK” segments.

“disco tits” opens the “LIGHT BEAMS” chapter for the album, introducing the audience to Tove’s shameless confessions amidst her clever songwriting skills. This lead-single embodies the lustful message of the record, portraying a sweat-drenched Tove ready for a lover’s embrace in one of the catchiest songs of 2017. “shedontknowbutsheknows” places Tove in a different situation, however, as she plays the part of a mistress lurking from across the bar. In an interview with TIME magazine, Tove expressed that, “‘Light Beams’ is about a very naive, consequence-free, reckless way of life, but in a happy spirit. Not to numb anything or try to escape anything, but enjoying the lack of responsibility,” which definitely bursts through the passionate surface of the love affair on “shedontknowbutsheknows.”

Tracks like “shivering gold” and “dont ask dont tell” slightly slow the pace of “LIGHT BEAMS,” but maintain the provocative undertones with lyrics such as, “Taking your body, I sit on your face,” and “Know what turns you on, turns you off.” They’re a nice reprieve before deep-cut “stranger” steals the spotlight, incorporating a guitar-riff that empowers Tove’s dominatrix attitude on the song. “bitches” plants the final nail in the “LIGHT BEAMS” segment, which is a re-release from her Spotify Sessions last year. A quick but fun track, “bitches” showcases Tove’s wit and control over her bold and explicit lyrics, proudly exclaiming “Let me be your guide when you eat my pussy out” before making a Fifth Harmony pun in the following chorus.

As the record enters the “PITCH BLACK” chapter, a shift into Tove’s familiar dark-pop graples listeners by the heartstrings. “cycles” appears to be the closest that Tove will come to a ballad, expressing the frustrating nature of falling into relationships that only devastates the individuals in them. “9th of october” elaborates on this frustration and pain, with Tove almost screaming “Waitin’ for my heart” on the refrain of the song. It’s this raw emotion that most fans are familiar with and what consequently rose Tove to fame in a once-bland pop landscape. Her confidence to share private parts of her past provides an authentic, human quality that is rare in an industry focused on the next #1 single.

Grand-finale “hey you got drugs?” closes the record with a longing to escape the present, as the final seconds of the song fade into silence. Leaving the audience with an unsure resolution, Tove solidifies the idea that people can’t escape the pain that comes into their lives – but they may do whatever they can to numb it in the meantime. Although the album is only a companion record to her sophomore effort Ladywood, Blue Lips reminds the public that Tove continues to pioneer a new role for women in the music industry, one tastefully explicit project at a time.