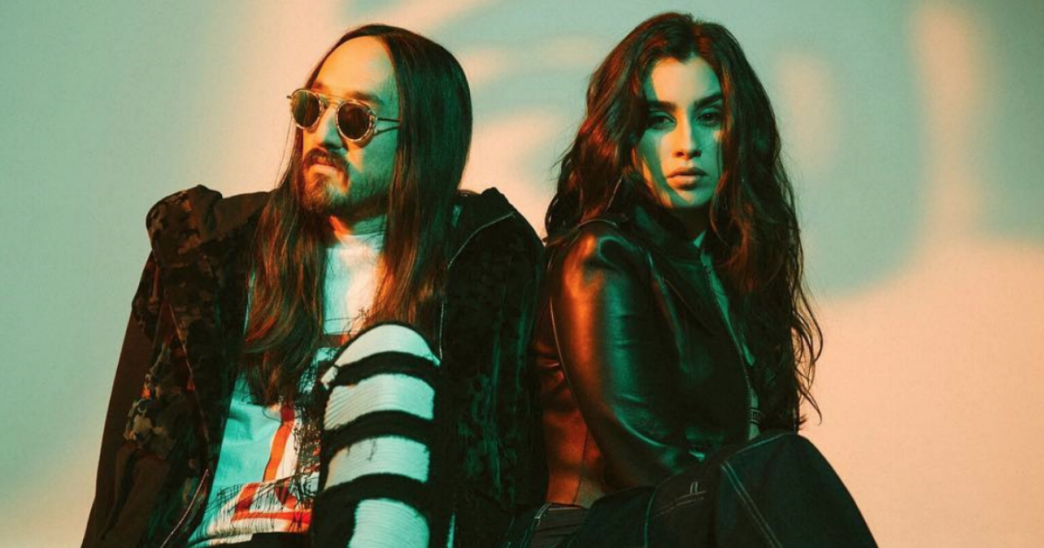 Lauren Jauregui of Fifth Harmony fame and DJ/producer, Steve Aoki, teamed up on a new track, “All Night,” which was released just last week. The song is of particular significance to Jauregui, as it’s only one of a handful of collaborations she has been a part of outside of her girl group as a solo artist. It’s also the first song where she’s the main songwriter and the lead vocalist.

Earlier this year, back in February, Jauregui shared a picture on Twitter and Instagram of her and Aoki in the studio, leading fans to believe that they were working on music together.

Jauregui spoke to Billboard about how the track came together, saying, “We agreed on this track with a delicate side, but it wasn’t exactly what I wanted, so I took it and rewrote most of the lyrics, wrote a bridge on it, vocal produced it, did all of the background and that kind of stuff.”

Aoki praised Jauregui for her work ethic on the track and her musical ear, saying, “She’s got so many ideas and the problem is, they’re all good. She’s very meticulous. The attention to detail Lauren has is something I don’t find in many people. She’s very attentive to the detail. She’s got those ears, she’s got the sensibility and the vision, and I’m just totally inspired to be in the studio with her.”

The track itself is a fun club banger about a strong spark of love between two people that feels unstoppable and right. The melody sounds like a typical EDM song, particularly in the chorus where everything builds up to a beat drop. Jauregui sings while the beat builds to a climax, “You got me paralyzed, and I think I like it// Caught me by surprise, I’m not usually like this, no// Got me paralyzed, don’t think I can help it// Why’s it feel so right?// Let’s keep this going all night.” And then, the beat drops with Jauregui’s voice echoing, “Going all night” in the background.

The melody is what you’d expect from a Steve Aoki song, but the lyrics and melody are different from what Jauregui’s girl group, Fifth Harmony, typically offer. The verses showcase Jauregui’s strong song writing ability and prove that if she were to eventually venture out of her group as a solo artist (which she assures fans in the same Billboard interview that that is not happening anytime soon), she would be more than fine on her own.