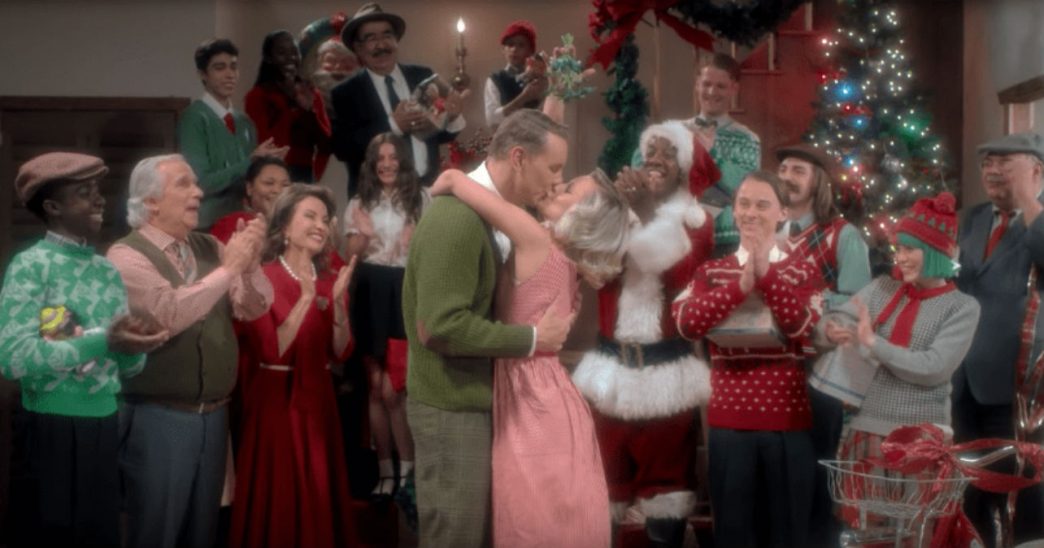 No holiday season is complete without new music by some of our favorite pop stars. Sia recently released her first Christmas album ever, titled, Everyday Is Christmas, which includes ten original Christmas songs written by Sia herself. Unlike past music videos that typically feature Sia’s 15-year-old dancer BFF Maddie Ziegler, the music video for the lead single “Santa’s Coming For Us” has an all-star celebrity line up. The video centers around a Christmas party hosted by Hollywood super-couple, Kristen Bell and Dax Shepard.

A 1960’s housewife vibe sets the tone for the video following the family prepping and cooking for the festivities. Trading in their scary Halloween-themed roles for something a little more jolly are Caleb McLaughlin from Stranger Things, and Sophia Lillis and Wyatt Olef from IT starring as the children. Lillis even sports a Sia-inspired red and green wig.

Henry Winkler and soap opera legend Susan Lucci then arrive to the party as the grandparents. J.B. Smoove later enters as the coolest Santa ever, bringing presents and making their “wildest dreams come true,” as Sia writes.

The video wraps up with the rest of the attendees coming over, with everyone breaking out in dance. Sia’s music is always ridiculously catchy, and she definitely delivered a fun and unique Christmas song with “Santa’s Coming for Us.” The video overall gives a classic, nostalgic feeling. The celebrity cameos and cheerful storyline create a video that will surely be a Christmas classic in the future.

Check out the video below, and let us know your thoughts in the comments or on Twitter @soundigest!