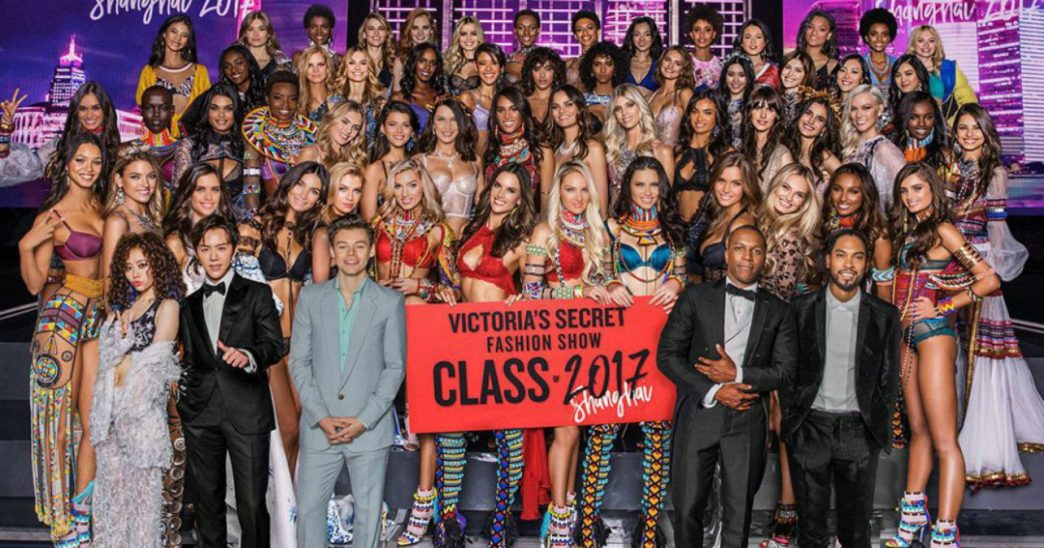 Last week the annually anticipated Victoria’s Secret Fashion Show aired on television and heartthrob Harry Styles served up incredible performance. Airing on CBS on November 28th, Harry was accompanied by his usual band and his infamous dance moves. Styles performed songs off of his recent debut studio album that fit perfectly with the show and it’s themes. Performing twice that night, the entertainer owned the stage. Bearing his usual wardrobe of unique suits, Styles kept the colors solid and the designs to a minimum.

In his first appearance, Harry sung his newest single “Kiwi,” opening the show and setting a great tone for its duration. Emerging in a black suit with a bright pink shirt, he definitely rocked the show in Shanghai. Toning down his usual “Kiwi” performance (we’re sure to lessen distraction), it was still hard to pay attention to the beautiful models walking along the stage as Styles over delivered on his performance. Even model Karlie Kross had to touch the angelic musician as he performed on the catwalk with a high-five as she walked offstage (literally, goals).

Donning a pastel-colored Givenchy suit for his next performance, Styles blended right in with the wintry theme for his second appearance of the night. Blessing the millions watching his performance of “Only Angel,” Styles delivered the perfect song for the Victoria’s Secret Angels to walk down the runway. It lead to a rock inspired heaven scene for the viewers, and was a perfect ending to the 2017 show!

Who would’ve thought that the former boy band member would feature in the perfect lingerie fashion show soundtrack. This year’s show will definitely be hard to top in the years to come. Let us know what you thought of Harry Styles’ performance and the show below, or tweet us @Soundigest!