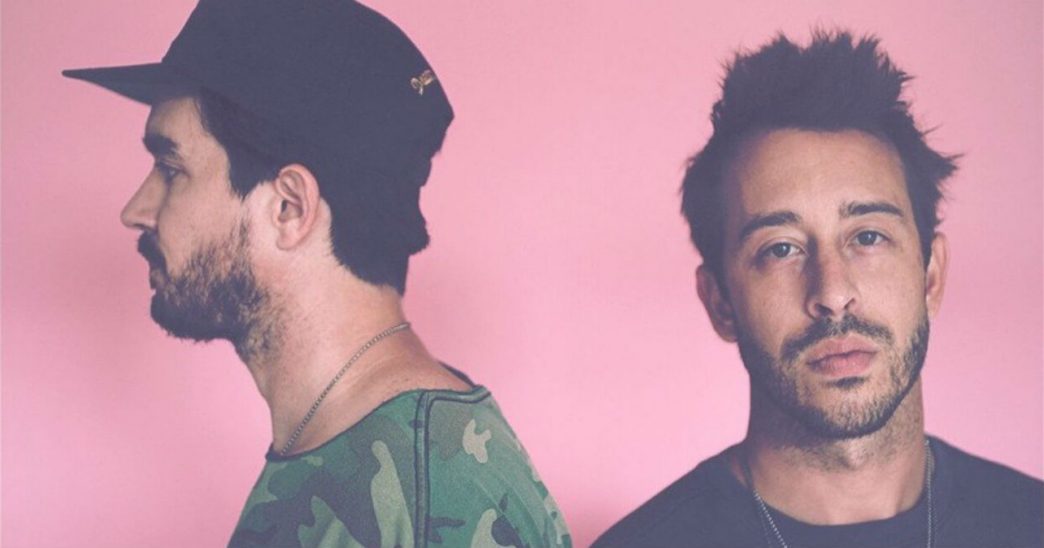 Guess what?! We recently had the opportunity to chat with the guys from Rookie Season, Sanders Bohlke and Brad Odum. We asked them all about their new video for their single, “Backtalker,” their fashion line, upcoming music, and more! Be sure to give their music a listen and check out our interview here:

You just released your new video for “Backtalker,” which is done entirely in Claymation by Azod Abedikichi. Tell us a little bit about the song and the process behind making the video.

The director, Azod Abedikichi or AZXD, is an “instagram famous” claymation artist and a really good friend of ours. We sent him some early mixes of the first two singles and he loved them. He immediately wanted to make a video for “Backtalker.” The concept was all him. We talked about it for months, and he kept coming up with these brilliant ideas and then changing them. He finally landed on this one, and we were all in. There was actually a casting call for the Barbies. He was so meticulous in his search for the right ones. That’s what makes him so good — the attention to detail. We’re excited that it’s finally getting out there.

Your origin story as a group is pretty unique. You’d only met and rehearsed once before playing your first show together. It’s similar to a television show competition like the X Factor, where they take solo artists who don’t know each other and put them together as a group. It can either go well or fizzle out fast. Why do you think it worked out so well for the both of you and what advice would you give to other artists who may be in a similar situation?

We just had a ton in common. As cliché as it sounds, “just try to have as much fun as possible.” Music is a pretty good test of compatibility — it will either work or it won’t.

You released your first album, The Collide, back in May of this year, which features “Backtalker.” Tell us a little bit about the process of making the album.

We didn’t set out to make a full album. It just kind of happened spontaneously. After we put out our first two singles, we decided we may want to release an EP. A lot of songs kept coming together pretty quickly and we just felt like they all mattered for this project. We realized that what we had was an album. The journey was pretty cool.

“Call You” was also released as a single from The Collide. Tell us about the meaning behind that song.

It’s a story about a guy who won’t give up. He knows she loves him, but he’s got to make her see it.

Do you have any more singles planned for release from The Collide?

We are working on some new material for a spring/summer 2018 release.

You have your own clothing line. What role does fashion play in your lives and what inspired you to design a line of clothing?

Fashion has always been an interest of ours. It’s such a part of who someone is. We love having the ability to express visually, so it’s a dream come true to make something, whether clothing or music or otherwise, that people can relate to and use to express who they are as individuals.

Brad:  Sanders is a creative beast when it comes to visual expression. He is the one who came to me with the initial idea of designing a clothing line. We are usually on the same page creatively, and this was just another testament to that.  I think being able to create across multiple mediums has allowed us to not get stagnant, and to keep pushing forward.

If you were trying to describe your music to someone who hadn’t heard of you, what genre and what artists would you say you’re similar to?

If Prince and Paula Cole had a love child… Rookie Season.

When you’re not on the road or in the studio, what do you both like to do in your spare time?

We’re working on a few things for early 2018 that will incorporate both the new fashion line and the record.

Huge thank you to those supporting us. It truly does mean the world to us.