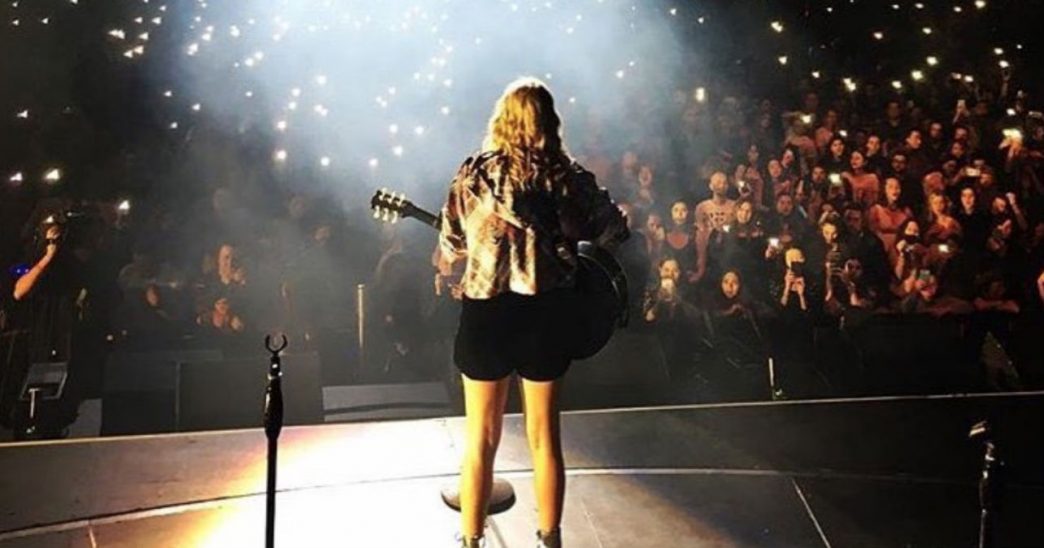 Taylor Swift has finally made her big return to the stage this past weekend at the KIIS-FM Jingle Ball show at The Forum in Los Angeles, California. Swift’s reputation album has gone multi-platinum since its release only a few weeks ago and this was her inaugural big performance since the album dropped, following SNL and The Tonight Show. Swift has not played a full concert since early February 2017, so this performance was greatly anticipated. Swift’s comeback was big and electrifying, playing songs both new and old and showcasing a different performance style than other shows.

Swift opened with title track “…Ready For It” with the image of the infamous snake on the screens behind her along with her backup dancers. The bass-heavy chorus makes this song the perfect, energetic song to start a set and lets Swift show off some interesting dance moves. Following were huge hits from 1989, “Blank Space” and “Shake It Off,” which the audience went wild over. Swift then slowed it down with her guitar to play “I Don’t Wanna Live Forever,” minus Zayn (sadly).

Swift then goes on to say “There’s a song off [reputation] that I’m so excited about but we’ve never played it live before. There’s a huge possibility that if you’re loud enough someone might come out and join is.” Ed Sheeran surprises the crowd and joins Swift for “End Game,” which also features Future. This was definitely a highlight of the night, being a drastic difference from their previous, more mellow collaboration “Everything Has Changed.” It was visible that the duo had a blast performing together again.

Swift wrapped up the show with lead single “Look What You Made Me Do” and proved that she could do the dance break from the video live on stage as well.

“Thank you for everything,” exclaimed Swift as she exited the stage with confetti blowing. Swift’s reputation of entertaining shows was certainly upheld with this performance. Swift is known to set high standards for her live shows, and her comeback was just as epic, if not more epic than what we’d anticipated.

Swift will be on the Jingle Ball tour this winter in select cities before hitting the road for her own reputation Stadium Tour this summer. Let us know what you thought of her performance in the comments below or on Twitter @Soundigest!